Alpine bounced back from a disastrous sprint event at Interlagos that saw the two drivers collided twice on the opening lap, ruining both of their races.

From their lowly grid positions for the grand prix itself, Alonso charged through the field to secure fifth place, while Ocon finished three places behind in eighth.

The double score extended the team’s advantage over McLaren in the battle for fourth in the constructors’ championship to 19 points with just the Abu Dhabi finale to come.

One of the keys to the performance was Ocon agreeing to let Alonso past after soon the late safety car restart, allowing the Spaniard to take advantage of his fresher tyres.

"It just shows, I guess, the unpredictability of F1,” said Szafnauer when asked by Autosport about the change in fortunes from Saturday to Sunday.

“But I think what it shows most importantly is that when you play the team game, everybody wins. The drivers, when they score points, they get their points bonus, and the team wins.

“So it is a team game, ultimately, and we have to maximise the team points. And the drivers can do that by playing a team game, which is exactly what they did."

Szafnauer made it clear that the drivers had reacted after being lectured following their collisions in the sprint. 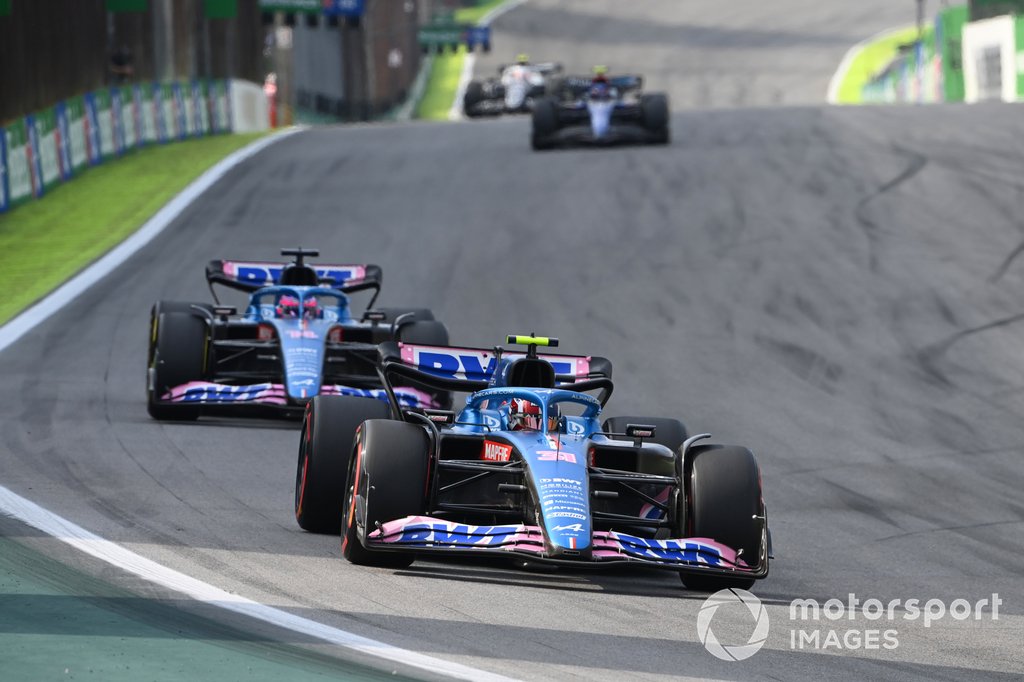 "Yeah, you have to point out to them that it's unacceptable to come together when you've got over 1000 people between Enstone and Viry working tirelessly to make sure we finish fourth in the championship, bringing upgrades, working Saturdays, Sundays, making sure that the car is as competitive as it can be, and the mechanics here too.

“And to have that silliness on track where you just run into each other, push your teammate wide, not let them by, especially when it's so close in the championship - I think the message got through, and we did a good job today."

In the main race there was some tension on the radio when Ocon challenged an instruction not to fight Alonso at the restart, insisting that he would first try to pass Sebastian Vettel ahead, and then let his team-mate through at the right time.

“What it was is his engineer told him and heard nothing back from Esteban,” Szafnauer said of the heated radio chat.

“So he told him again. And that was just to make sure that the radio transmission did go through.

“So he told him twice. And that's when Esteban said I heard you the first time, but I need to fight Vettel and [Valtteri] Bottas, and he was right in doing so.

“And what we said beforehand, is look, you're going to be on different strategies at the end.

"So if somebody has a tyre advantage, or if we're in this situation, let's not fight each other, and let's lose the least amount of time letting your teammate by because you're on a different strategy.

“That happened, that transpired under a safety car, and I think Esteban was absolutely right in saying I'm not going to do it straight away because I can get Vettel and I can get Bottas. Thereafter we'll do what we said we're going to do with the strategy. And he was right."