Alpine wants to understand why its Formula 1 car is seemingly less competitive in hot conditions after it “scared” itself in the Bahrain afternoon sessions last month.

Alpine failed to score any points in its first grand prix since the rebrand of Renault’s works operation as it failed to take the fight to its upper-midfield rivals from 2020.

Esteban Ocon spent the majority of the race outside of the points after dropping out in Q1 and was hit by Sebastian Vettel in the closing stages. Team-mate Fernando Alonso qualified ninth, and was on the fringes of the points before a brake issue forced him to retire after 32 laps.

Alpine found that the performance of its car fell below expectations in the warmer sessions in Bahrain, suggesting the team has some heat sensitivity to combat with the A521.

“It's fair to say we're less happy with the car in the hot sessions,” Alpine executive director Marcin Budkowski explained.

“FP3 [in Bahrain] was a bit more difficult for us, and we got back to a level of competitiveness that is more representative in the evening sessions, so FP2 and qualifying.

PLUS: Why there’s more to Alpine’s latest F1 rebrand than marketing speak

“The temperature has been quite extreme. It was hotter than during the test. I sat on the pit wall in the beginning of FP3 and it was 38ºC, I think 47-48ºC track temperature. That's way hotter than it was two weeks before at the test.

“Obviously they're the same for everyone, but you will have different cars reacting differently to these conditions. 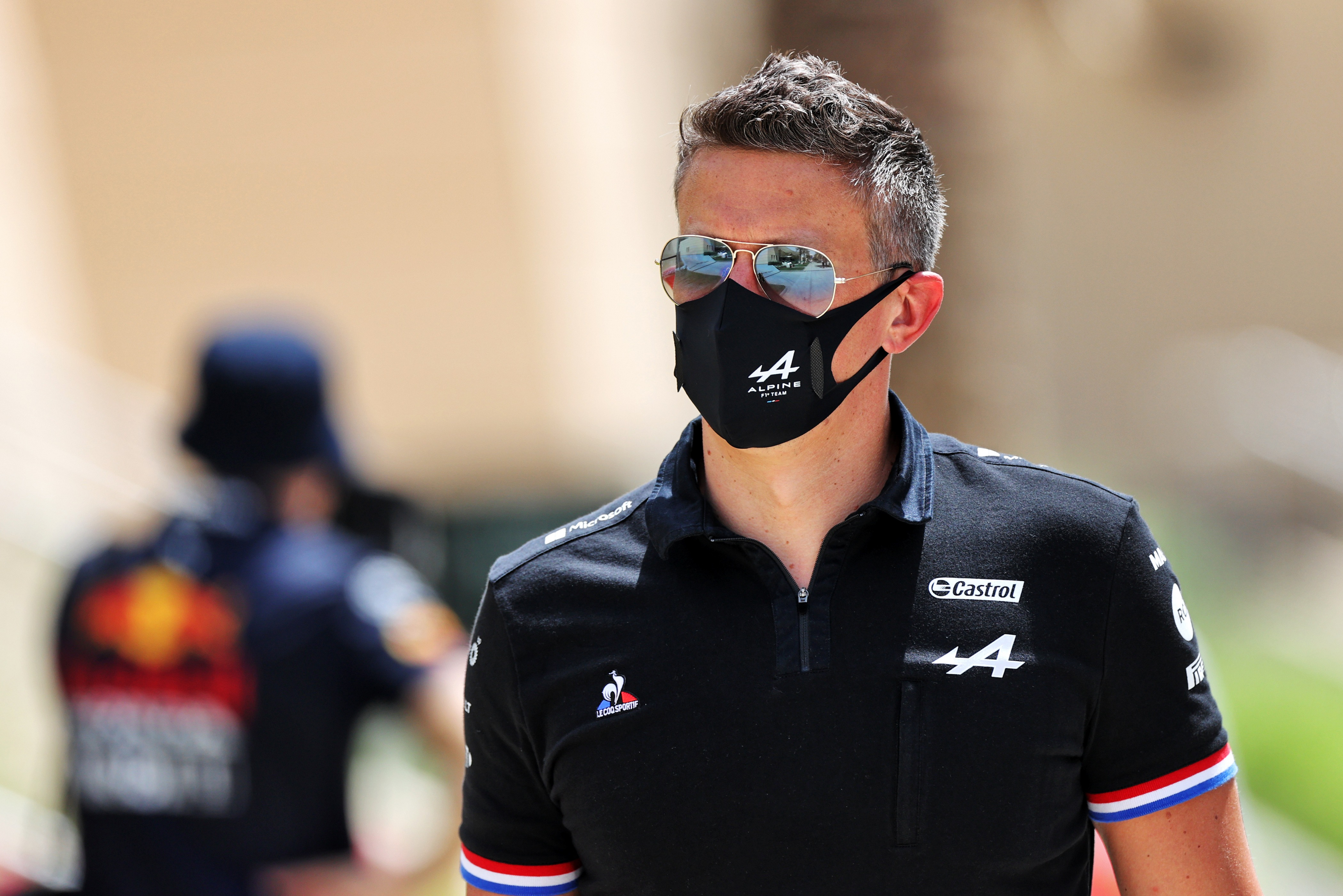 “We scared ourselves a little bit, it's fair to say, on Friday morning. We were looking a bit uncompetitive and it's good to get back to somewhere a bit more competitive.

“We're still a bit short of two-or-three-tenths to actually be fighting with the people we aim to fight with.”

Alpine is planning to bring a “pretty decent” upgrade package to the Emilia Romagna Grand Prix at Imola next weekend in a bid to find performance and rejoin the fight with the other midfield teams.

Although Budkowski did not anticipate the hot-weather issue rearing its head again at the upcoming European races due to the springtime conditions, he hoped it would be resolved by the time the summer events come around.

“We have a bit of homework on understanding why we're seemingly less competitive in the hot sessions than in the evening sessions [in Bahrain],” Budkowski said.

“I don’t think it’s going to be a problem in Imola or Portugal, but could become a thing again in the summer months.”