Alpine CEO Laurent Rossi says he has total trust in Formula 1 team boss Otmar Szafnauer, singling him out as the signing he is most ‘proud’ of making.

Although Szafnauer has endured some difficult weeks, after finding himself at the centre of F1’s driver market silly season when Alpine lost Fernando Alonso to Aston Martin and Oscar Piastri to McLaren, Rossi has nothing but praise for him.

Rossi says that despite what happened on the driver front, with the team still upset about a lack of loyalty shown from Piastri, he is adamant Szafnauer is delivering in helping drive Alpine’s competitiveness forwards since he took over the reigns in March.

And while some have suggested there is a blurred management structure at Alpine which is not helping matters, Rossi says things are absolutely crystal clear internally now that things have settled down in the squad.

“Otmar is the boss, and that's always been the case since he arrived,” explained Rossi.

“We had a bit of a transition period for me to handover a couple of matters, but Otmar is, by the way, one of the hires I'm most proud of.

“He's delivering every day since he arrived, and is the boss. On topics like [drivers] we stay close, so we knew all of the developments.

“We would agree sometimes on maximums, limits, boundaries, because, of course, we need to be aligned, and I need to know [what is happening]. But there was no real disconnection between us.”

While Rossi has not been as much in the public eye this year as before, he says that is a consequence of him choosing to slot Szafnauer in to the team as its boss. 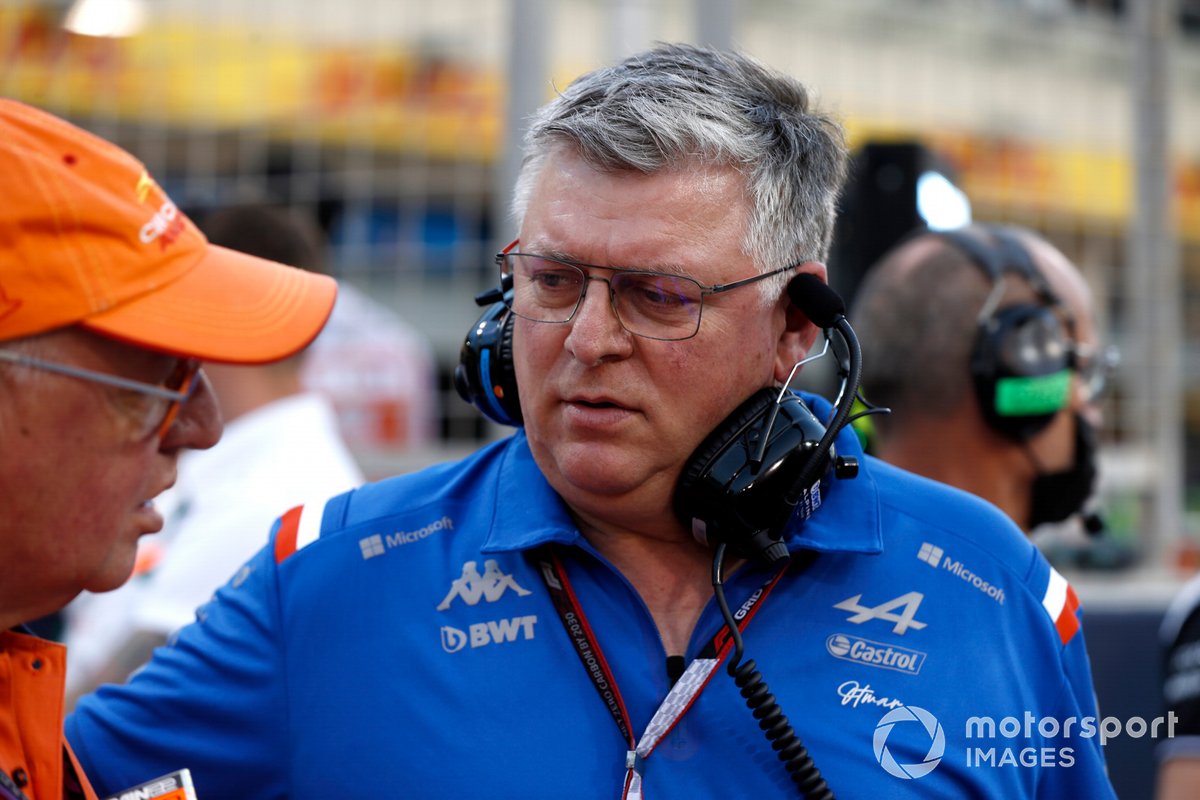 Over the winter, Budkowski left the squad and Brivio moved into a new role overseeing young drivers and other competitive projects for Alpine.

With Szafnauer in place, Rossi says it was always his intention to step back – and he wants to further get less involved in F1 from now on.

“Last year I was very involved in the team, mostly because there was no team principal,” he said.

“There was a need for management to be there, and I needed to understand how the team operates before I made the changes I want to make, which I did.

“I believe they're working: and on track we deliver, which is the most important by the way in the sport. So then I need to take a distance.

“This year, for instance, in the first half of the season, I was here roughly two grands prix out of three, which is already still too much. I'm going to be here one GP out of two by the end of the year, perhaps even less. And that's normal.

“I have 17 reports to do, including one for F1. I have to build cars, I have to expand the dealership network. I have to think about go-to-market strategies, marketing, and building the brand. The 16 other reports are equally as important as the F1 one, perhaps even more, because it's going to fund it at some point. So it's certainly normal that I disappear a bit.

“In the same way that Luca [de Meo, Renault CEO] is not on my back all the time because he knows all of the very important decisions, I never ever take a decision that's critical without him weighing in, or at the very least approving it or chiming in and giving his opinion.

“Otmar and I work the same way. I simply am connected to him and I know everything that's going on.

“Otmar is the boss. I trust him fully, and he is doing an excellent job. So it gives me that peace of mind and I trust he is going to continue growing the team.”