Alpine Formula 1 team executive director Marcin Budkowski expects the Enstone outfit to bounce back in the next race in Russia after a blip in form at the Italian Grand Prix.

Fernando Alonso and Esteban Ocon qualified only 13th and 14th at Monza, and eventually finished last Sunday's race eighth and 10th, helped by the attrition ahead.

The positive outcome was that the team gained five points in the battle with AlphaTauri for fifth place in the world constructors' championship, which it now heads by 95 to 84.

Budkowski said the team knew in advance that Monza will be a struggle for the A521.

"Sochi will be better, not quite perfect for us, but better," he told Autosport. "I think we should be back to our level of competitiveness that we've had so far, which means qualifying in the top 10, and racing for slightly bigger points.

"I think given our starting positions to be honest both cars in the points is a decent result. Monza is a circuit where we knew we'd suffer, as our package is not the most adapted to these kind of circuits.

"Honestly, coming out of here with five points in the bag, with AlphaTauri not scoring, actually it's a pretty decent weekend.

PLUS: The other notable Monza escape that F1 should learn from

"For us, it was pretty eventful. So getting both to the chequered flag is really satisfactory as well. Good start and good opening lap for Fernando, but after that, the race positions were pretty stable." 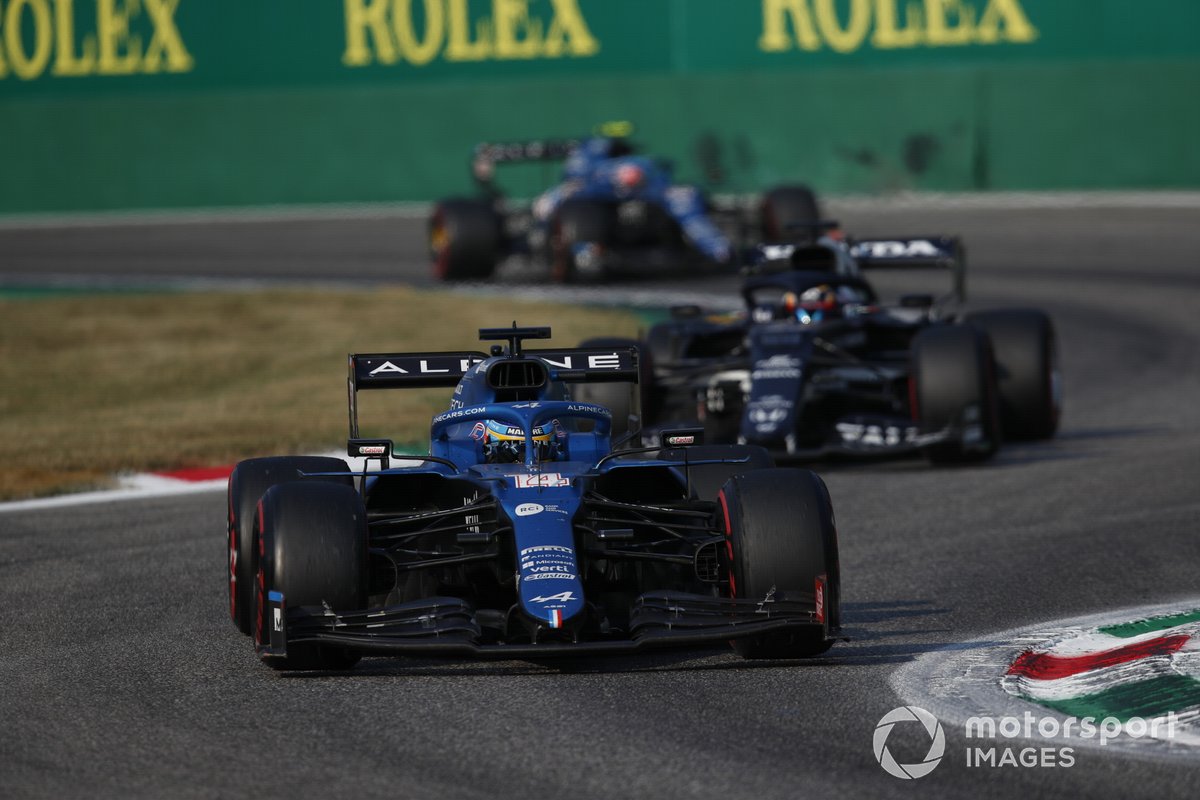 Budkowski would not elaborate on whether aero or the power unit was the primary reason for the car's form at Monza.

Ocon's race was compromised by a five-second penalty after contact with Sebastian Vettel.

The Frenchman was deemed not to have left the Aston Martin driver enough room under braking for the second chicane.

"I don't like to comment on stewards' decisions, one way or another," said Budkowski. "He was racing, it was hard racing.