The Alpine Formula 1 team has finally confirmed that Pierre Gasly is joining its line-up on a multi-year contract in 2023 to race alongside Esteban Ocon.

The pair will form the first full-time all-French line-up at a Renault-owned team since Alain Prost and Rene Arnoux were partners at the original works outfit in 1982.

“I am delighted to join the Alpine family and begin this new chapter in my F1 career,” said Gasly. “Driving for a team that has French roots is something very special.

“I know the strengths of Alpine having raced against them over the past couple of years and, clearly, their progress and ambition is very impressive.”

Gasly and Ocon will be together for at least two years, since Ocon is contracted until 2024. Both men have already scored their first wins, with Gasly triumphing for AlphaTauri at Monza in 2020, and Ocon in Budapest the following year.

Alpine began its search for a driver after Fernando Alonso’s shock move to Aston Martin was announced on the day after the Hungarian GP, and it quickly became clear that reserve driver and potential replacement Oscar Piastri was committed to McLaren.

Gasly’s emergence as a serious candidate, despite his ongoing Red Bull contract, was first revealed by Autosport on the weekend of the Belgian GP.

The suggestion was met with some scepticism in the paddock, not least because former childhood friends Ocon and Gasly are widely known to have had some personal issues over the years.

However, that challenge was quickly dismissed by Renault and Alpine’s top management, who instead had to focus their efforts on getting Gasly out of his AlphaTauri deal. 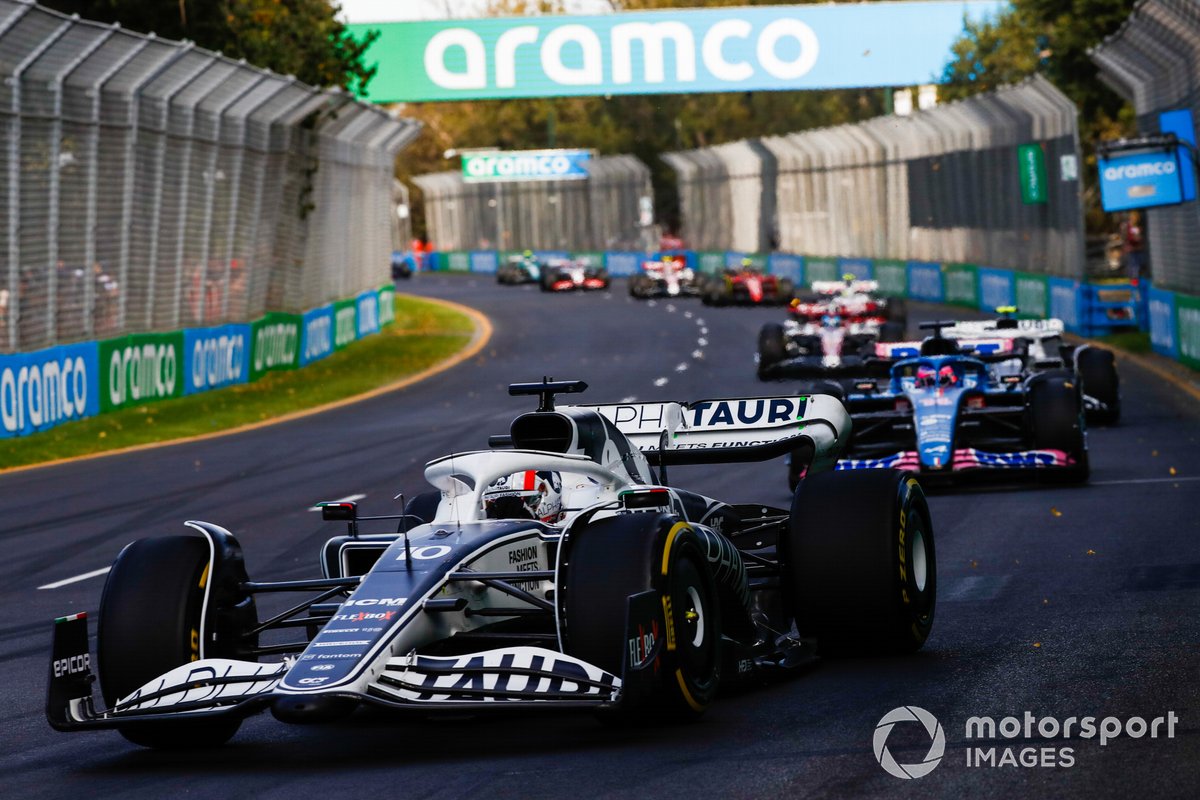 Initially parent team Red Bull was only interested in releasing him if IndyCar star Colton Herta could get a superlicence and thus be able to take the AlphaTauri seat. When that possibility receded, Nyck de Vries emerged as the alternative candidate for the Faenza team.

Both deals have been in place for some weeks, but it has taken time for all the legal and contractual details to be addressed, so that the moves could be announced together over the Japanese GP weekend. Gasly will cut his ties after with Red Bull after nine years with the drinks company.

He made his debut with the then Scuderia Toro Rosso team at the 2017 Malaysian GP and spent half a season with Red Bull Racing in 2019, before being relegated to the junior team after disappointing results alongside Max Verstappen.

It was clear within the camp that Gasly would never get a second shot at an RBR seat and, given that AlphaTauri’s role is to direct young talent to the senior outfit, a divorce was a logical move for both parties.

“I wish to thank Red Bull as this marks the end of our nine-year journey together,” Gasly added. “It is thanks to their trust and support that I became a Formula 1 driver, and what we’ve achieved with Scuderia AlphaTauri over the last years has been very special.

"Looking ahead, I want to give the maximum and utilise all my experience to fight for podiums and ultimately contribute to Alpine’s fight for championships in the future.”

Renault Group CEO Luca de Meo, who was closely involved in the decision to take Gasly and is present in Suzuka this weekend, made it clear that the move towards a patriotic line-up with two drivers from the same region as the main Alpine company was not pursued by chance.

“We are proud to present an all-French driver line up from 2023," said De Meo. "Our roots are in France, and Alpine was born in Normandy, so this is a serendipity of sorts.

“Both will drive the team and the group forward and, I hope, we can become a symbol of pride for France.”

The final confirmation of Gasly is a huge relief for Alpine team principal Otmar Szafnauer and Alpine CEO Laurent Rossi, given the team has faced some criticism for losing Alonso and Piastri. Both men see Gasly as a key part of the team’s future.

“He is already a proven talent within F1, and we are looking forward to harnessing that within the team,” said Szafnauer. “Our team has several objectives for the coming seasons and I firmly believe our driver line-up is a great reflection of the team’s high ambitions.

“I trust Pierre and Esteban can, together, motivate the team to continue its progress towards these goals. We would also like to thank Red Bull for agreeing the terms to allow Pierre to take this step.”

Rossi added: “He is a talented and motivated driver who will contribute positively to our objectives in F1. Pierre is completely aligned with the ambition and progression that has, to date, been a hallmark of the Alpine project.

“As a young, but highly experienced and successful driver, his trajectory is on course with our own, and we look forward to growing together.”