Alpine believes its protest of Fernando Alonso’s penalty in Austin helped draw a “line in the sand” for using the black and orange flag in Formula 1 for minor damage.

Alonso initially lost his seventh-place finish in the United States Grand Prix after Haas successfully lodged a protest claiming his car was unsafe due to a missing rear view mirror, caused by the crash with Lance Stroll.

The resulting 30-second penalty dropped the Spaniard to 15th, but Alpine lodged a counter-protest on the grounds Haas had submitted its initial protest too late.

The stewards ultimately ruled in Alpine’s favour, ensuring Alonso regained P7 in Austin, but the case led to talks over the use of the black and orange flag in F1 for minor damage.

Haas initially lodged the protest in a bid for consistency, having been forced to pit three times this season due to a loose front wing endplate that it claimed was still safe.

Alpine sporting director Alan Permane welcomed the FIA’s ruling and said he was encouraged by talks over what would be considered enough damage to warrant intervention.

“We had some very positive discussions yesterday with the FIA technical department, and I think they agreed that things have gone a little bit too far,” said Permane.

“I don't think anyone, maybe apart from Haas, felt that having a mirror knocked off in an accident that wasn't your fault. And then that drive Fernando did, he should have kept that seventh place.

“I think from here onwards, small damages like a mirror, like front-wing endplate, if it's non-structural, like a brake duct, something like that, will not be considered to be a black and orange flag offence. 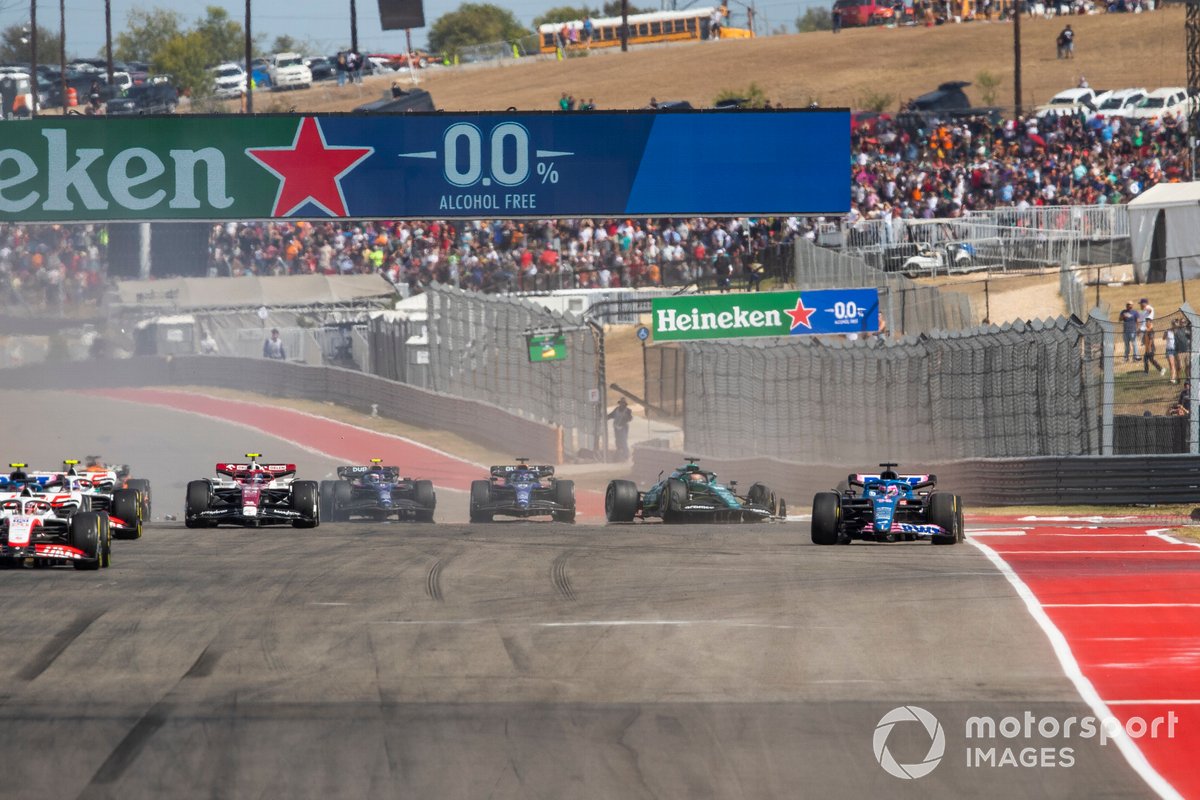 “Hopefully there'll be better racing because of it.”

Permane said that FIA technical chiefs Jo Bauer and Nikolas Tombazis had specifically said that a black and orange flag would no longer be used for a missing wing mirror, something he said was “sensible place.”

Autosport reported last week that the FIA is set to reduce the amount it uses the black and orange flag in races, placing the onus on teams to ensure their cars are running in a safe manner.

This came after FIA president Mohammed Ben Sulayem requested a review into the use of the black and orange flag in the wake of the Alonso incident and the subsequent protests.

There was some confusion over the action lodged by both Haas and Alpine after the race, including concerns raised by the FIA stewards about race control’s actions.

AlphaTauri team principal Franz Tost felt the action was “not managed in the best possible way” and “a little bit too chaotic”, but he hoped the teams could work with race control to better define what should be considered enough damage to make a car unsafe.

“I hope that we will not face this anymore in the future,” said Tost. “I think that also the FIA has to be a little bit more friendly to the teams.”

He added: “I think that also the teams have to work together very closely with the FIA to sort out whether it's dangerous to drive this car, and safety is not any more respected and guaranteed.”