Fernando Alonso’s hopes of scoring points on his Formula 1 return in Bahrain were wrecked by a sandwich wrapper getting lodged in to one of his brake ducts.

The Spaniard was in the mix for a top ten finish at the F1 season opener as he battled with McLaren, Aston Martin and Ferrari rivals over the early stages of the Sakhir race.

But just when it looked like he was on course to deliver points in his first race for Alpine, despite some minor battery problems, he began struggling with overheating brakes and he was forced in to the pits to retire.

It was only when the team began a post-race analysis of the car to discover what the problem was, that it discovered a discarded food wrapper had got lodged inside the brake duct.

Alpine’s executive director Marcin Budkowski said: “After his first stop we had a small issue that forced us to reduce the performance of the car, then after the second stop, a sandwich wrap paper got stuck inside the rear brake duct of Fernando’s car.

“This led to high temperatures and caused some damage to the brake system, so we retired him for safety reasons. It was a very unlucky first race for Fernando considering how strong he looked.” 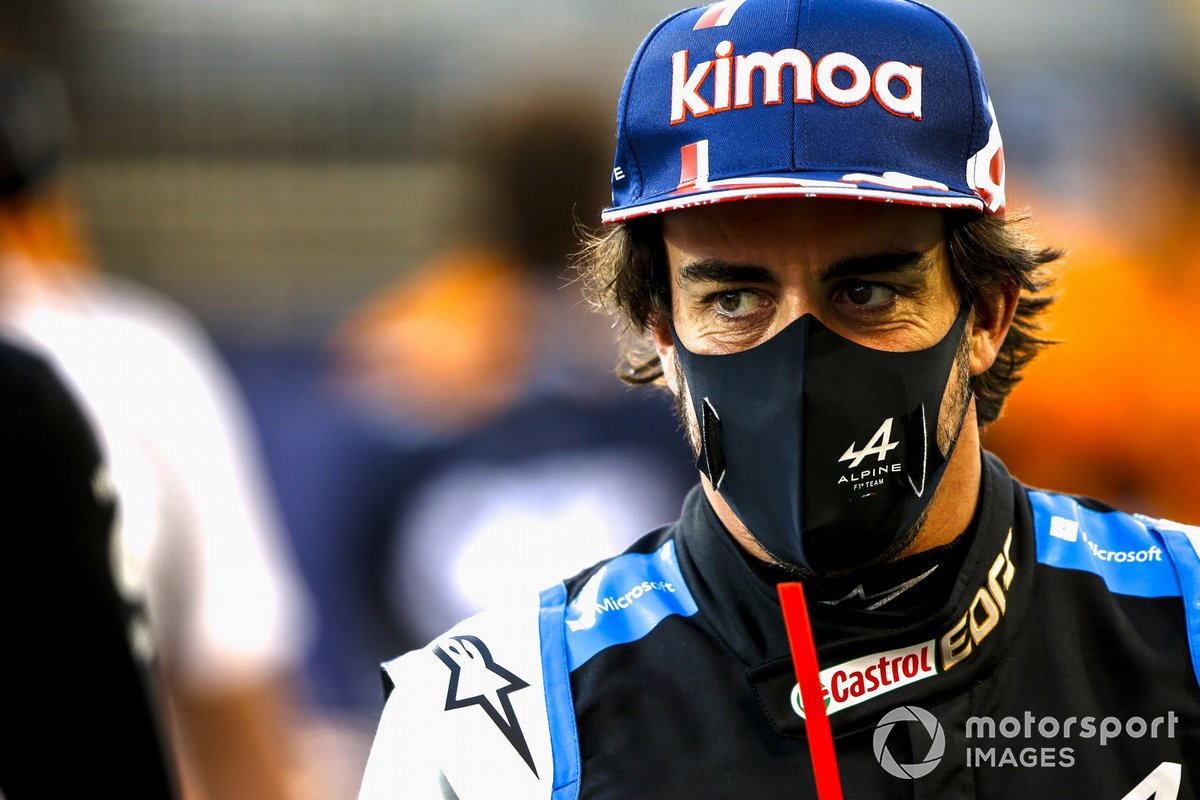 Despite the disappointment of not getting some early points on the board, Alonso said he enjoyed his F1 return.

“Firstly, it was great to be back racing in Formula 1,” he said. “The start was fun, we gained some places and I had some enjoyable battles with old colleagues. However, it was disappointing to not see the chequered flag in the end.

“The issue we had after the second stop was a rear brake issue as some debris entered the brake ducts and overheated the temperatures of the car.

“Looking at the race it was very close in the midfield, and just a couple of tenths seems to change the order quite significantly. I think it’s going to be a very interesting and competitive season to watch. We’ll go again and fight hard in Imola."

Alpine left Bahrain without scoring any points after Esteban Ocon could only finish 13th. He had not been helped by a poor qualifying that was caused by bad luck with yellow flags, and also getting hit by Sebastian Vettel during a battle for position in the race.

“Even with Seb [Vettel] at the end, he locked up and went into me,” said Ocon. “He apologised, we all make mistakes, and that happens sometimes. We were just a little bit short overall today.”

Horner: F1 track limit rules should not be "shades of grey"