Fernando Alonso has hailed Esteban Ocon’s role in helping his readjustment to Formula 1 through 2021, calling the Frenchman a “very fast reference”.

Two-time F1 world champion Alonso made his return to the championship this season after spending two years away exploring other motorsport events including the Indianapolis 500, the Le Mans 24 Hours and the Dakar Rally.

Alonso initially struggled to match Ocon’s form at Alpine, but has scored points in all but one of the last 10 races, helping lift him above his race-winning team-mate in the drivers’ standings.

The Spaniard has been renowned for dominating team-mates in qualifying, famously beating Stoffel Vandoorne 21-0 in their second season together at McLaren in 2018.

But Alonso only leads Ocon for qualifying wins 8-7 this year, a stat he felt showed just how fine the margins had been between them.

“It has been very close this year,” Alonso said.

“At the beginning of the year, it was not even close. I was not up to speed, for sure. So it was very helpful to have Esteban on top of his game.

“To try to get up to speed with a very fast reference was a good thing for me. I could make my adaptation a little bit shorter thanks to Esteban as well, to have that reference.” 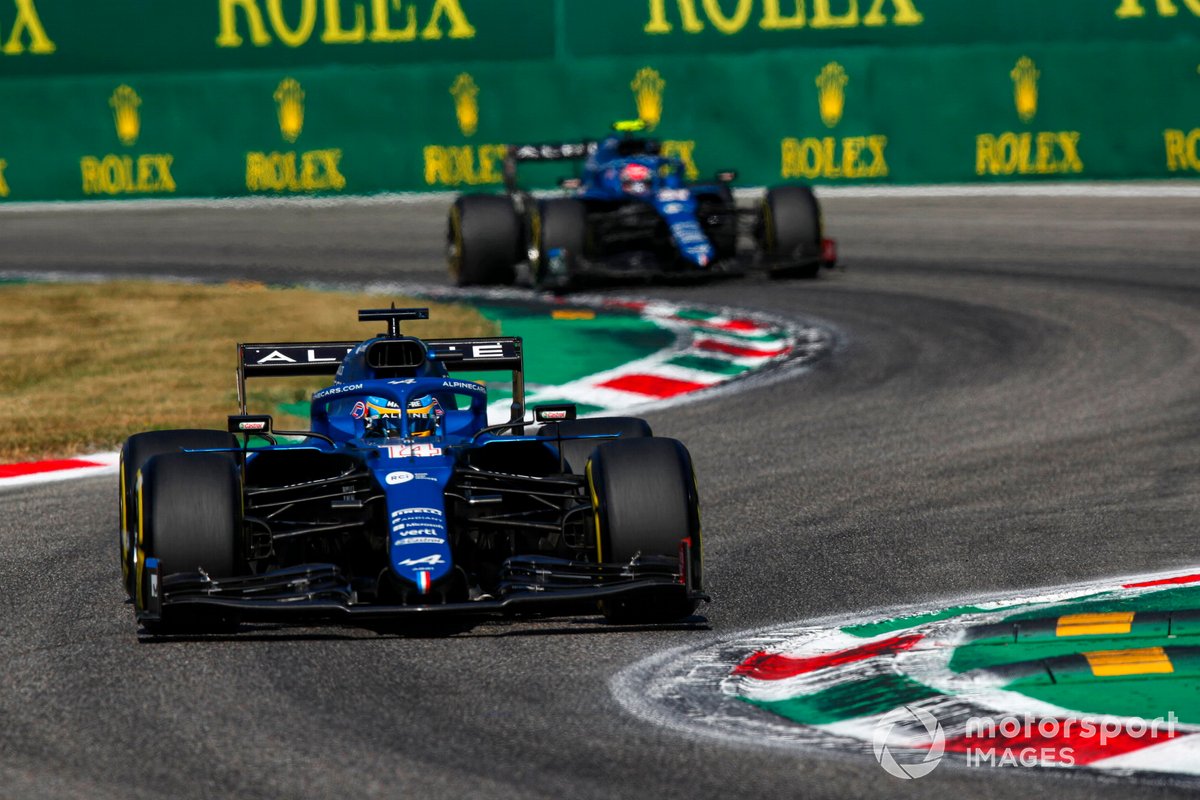 Ocon has previously noted the strong atmosphere at the Enstone-based squad this year and the good level of teamwork, best seen in Hungary when Alonso helped stall Lewis Hamilton’s charge and assist Ocon in taking a shock victory.

Alonso said that Ocon had played a role in making the atmosphere at the team so good, and hoped that it would serve as a boost in the fight for fifth place in the constructors’ championship. Alpine currently sits 19 points clear of sixth-placed AlphaTauri.

“He has [helped make] a really good environment in the team now, a good atmosphere,” Alonso said of Ocon.

“I cannot ask for anything more at the moment.

“Let’s try to push together to help Alpine in the constructors’ championship, it's going to be very tight with Aston, with AlphaTauri as well.

“So we need the best of both in every weekend.”