Fernando Alonso reckons both Lewis Hamilton and Max Verstappen did "what they should do" in their clash during Formula 1's Italian Grand Prix.

The championship contenders made contact at Monza's first chicane as Red Bull driver Verstappen attempted to overtake Mercedes rival Hamilton, who had just emerged from the pits.

The crash, their second after their British GP incident, put them both out of the race on the spot.

Although opinion was divided on who was to blame, FIA stewards deemed Verstappen was predominantly at fault and handed him a three-place grid penalty for the next race in Russia.

Two-time F1 world champion Alonso disagreed with the stewards' assessment, and reckons it was just a racing incident made look more serious by Verstappen's car going airborne and ending on top of Hamilton's Mercedes.

"They are there, both champions, and they are always fighting to the limit and today... seems an unfortunate position and corner and kerb, the car jumps a little bit, and then they touch tyre with tyre, and the rubber makes a car fly," Alonso said.

"So I don't think that was a big thing. Silverstone probably yes, but today it was just a racing incident." 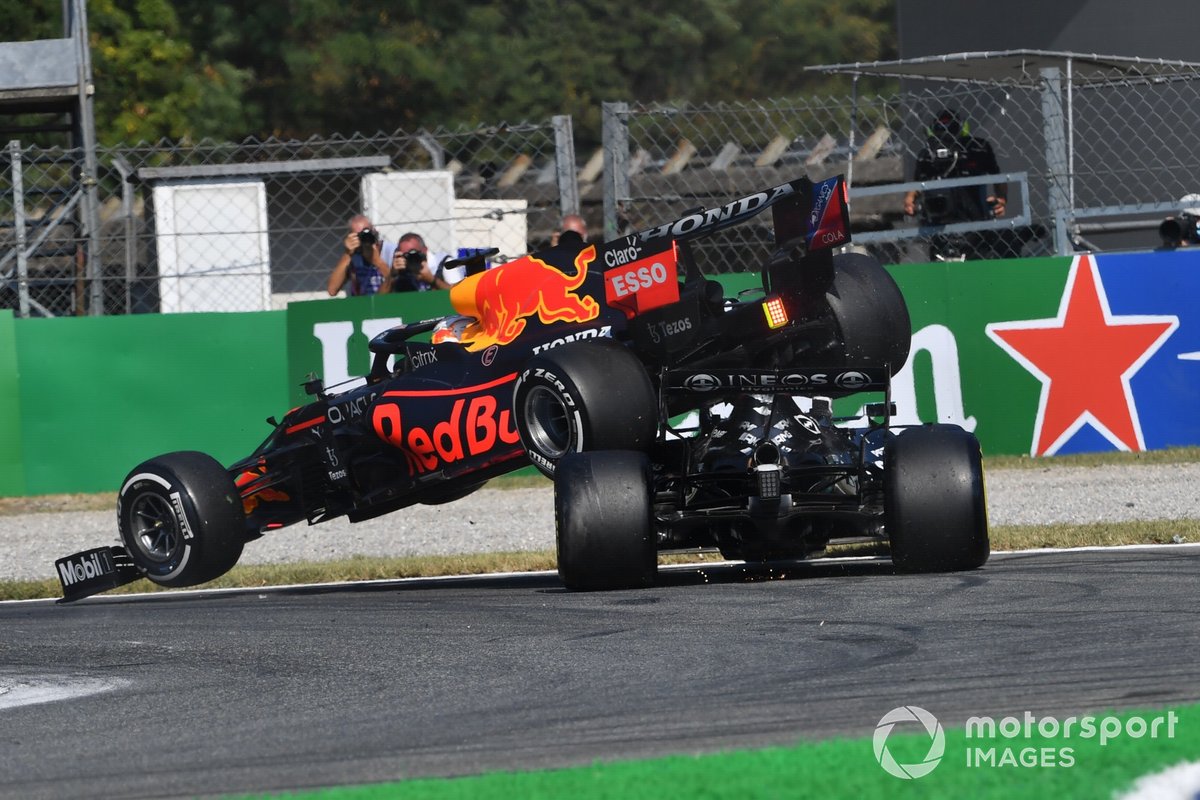 Alonso added: "I think Lewis tried to run wide in Turn 1 to maybe force Max to cut the corner. Max doesn't cut the corner, stays on the outside, but then there is no corner possible to make on the inside for Turn 2.

"They both did what they should do, you know, and unfortunately, they touched each other.

"But this is a very typical manoeuvre [in] Turn 1, Turn 2, and they were unlucky [that] they touched tyre with tyre."

Alonso's Ferrari rival Carlos Sainz Jr believes the crash could have been avoided had either Verstappen or Hamilton wanted to.

"An accident is always avoidable," said Sainz. "I think two don't crash if one doesn't want to.

"They are always fighting as tough as they have to fight for the championship, you are more exposed to these kind of incidents, like we've seen in the past, and it's, I guess, a natural thing in Formula 1 [that] two guys that are fighting for a championship tend to collide more often than not, no?

"And from my point of view, the accident is pretty clear. I think, I'm not gonna go into detail. I'm not gonna give you my opinion. Because I feel like there's gonna be some talk in the next drivers' meeting and we need to argue it between all of us."

Sainz's Ferrari team-mate Charles Leclerc said accidents like that are "understandable" when drivers are fighting for the championship.

"It is normal to see those type of accidents," he said. "They are fighting for a world championship and both want to win very badly as I would if I was in that position.

"So it's understandable to see those type of fights – as you've probably seen and as we've seen – in the past happening, and yeah, I won't comment on it."