Fernando Alonso says the decision the FIA's Formula 1 stewards make about his Alpine team's protest after the United States GP will dictate the "direction" the series is heading in.

The Alpine driver was handed a 30-second penalty after the Austin race when the FIA stewards deemed his car had been running in an unsafe condition during the event following a protest from rival squad Haas.

Alonso was involved in a scary accident with Aston Martin rival Lance Stroll early on, the Alpine going airborne before hitting the wall after being launched by the Aston's left rear wheel.

Despite the impact, Alonso was able to pit and return to the race, going on to finish in seventh position.

However, having lost a mirror that got loose in the accident, the stewards decided to hand Alonso a 10-second stop-and-go penalty, which translated into 30 seconds added to his finishing time.

The Spaniard dropped from seventh to 15th as a result of the penalty. 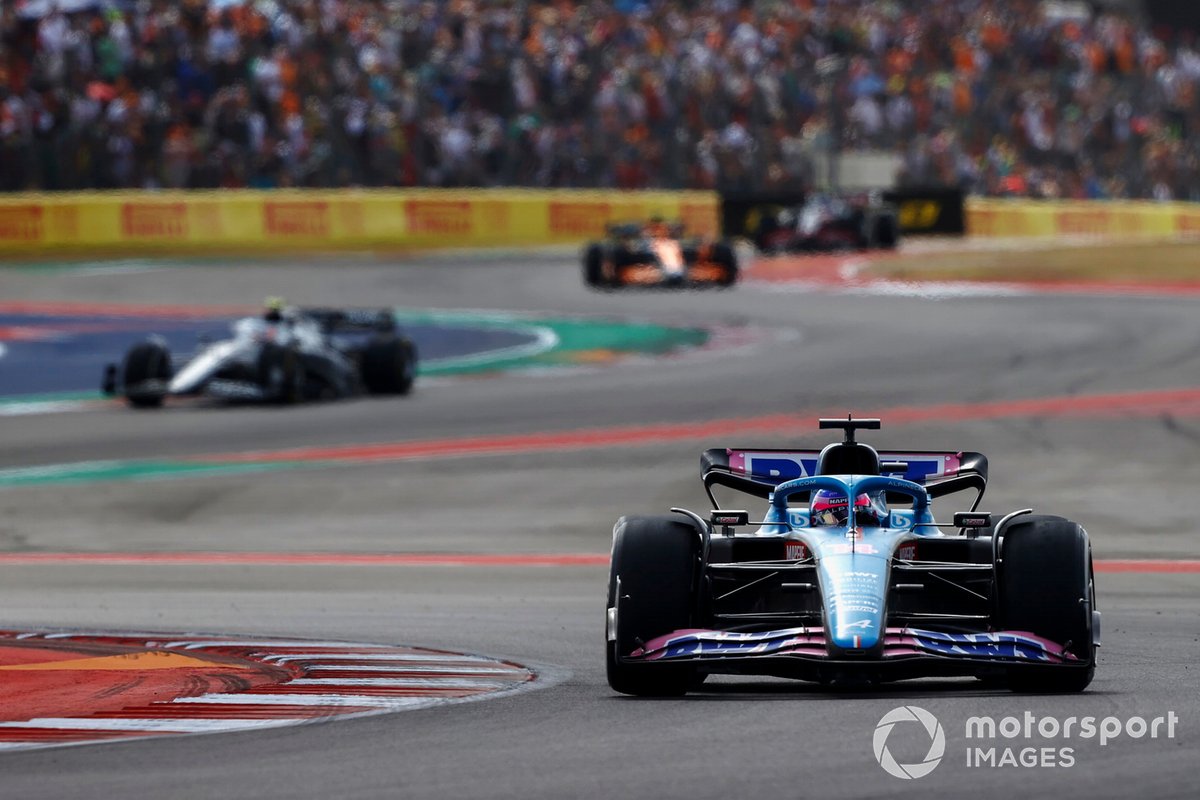 Alpine announced after the decision that it was protesting the admissibility of Haas' protest, which was lodged 24 minutes after the deadline for protests had passed.

Despite the deadline being missed, the stewards accepted Haas' protest. In their decision, the stewards also criticised the F1 race director for not showing Alonso the black-and-orange flag when the Spaniard's mirror became loose.

Writing on his Instagram account on Monday evening, Alonso suggested that the support he had received showed the majority of people were in agreement that Alpine was in the right.

"It's one of those rare times in sport that I feel we are all on the same page and share the same opinion towards rules and regulations," the two-time champion wrote.

The FIA announced on Monday evening that Alpine's appeal will be heard on Thursday at 6pm in Mexico ahead of this weekend's grand prix.

Alonso said the decision will show if Formula 1 is heading in the "right direction."

"It is an important day for the sport as this decision will dictate if we are going in the right direction," Alonso added.

Formula 1's race direction has been in the spotlight in the latter part of the season after some questionable calls in the Japanese Grand Prix.

After the Suzuka race, in which a crane jumped onto the track while some cars were still running at speed, the FIA launched an investigation which led to some changes to its operational methods.

Following the Japanese GP, the FIA also announced the decision to use just one race director instead of two as it had been the case throughout 2022.

Why Hamilton could be wrong: Mercedes 2022 F1 win chances aren’t over