Fernando Alonso says his second-place Formula 1 finishes led to a “funeral” atmosphere in previous years, feeling that many of his results were not given the respect they deserved.

Sainz is the first Spanish driver to score a podium for Ferrari since Alonso, who raced for the team between 2010 and 2014, and twice came close to winning the championship.

Alonso has been a long-running advocate of Sainz, hailing him as the best young Spanish driver in motorsport for many years, and said he was “very, very happy” to see him get the result.

But Alonso also reflected on the response he faced after his own second-place finishes for Ferrari in previous years.

“I remember also five or six years ago when I was doing nine or 10 podiums per season, second [place for me], it was a funeral after [the race] in the press conference,” Alonso said.

“Because [people were asking], ‘when you will win?’

“And now, I think when I see that we have 97 podiums, I think especially the last five or six years of those podiums were not taken into respect, probably, if we see now.” 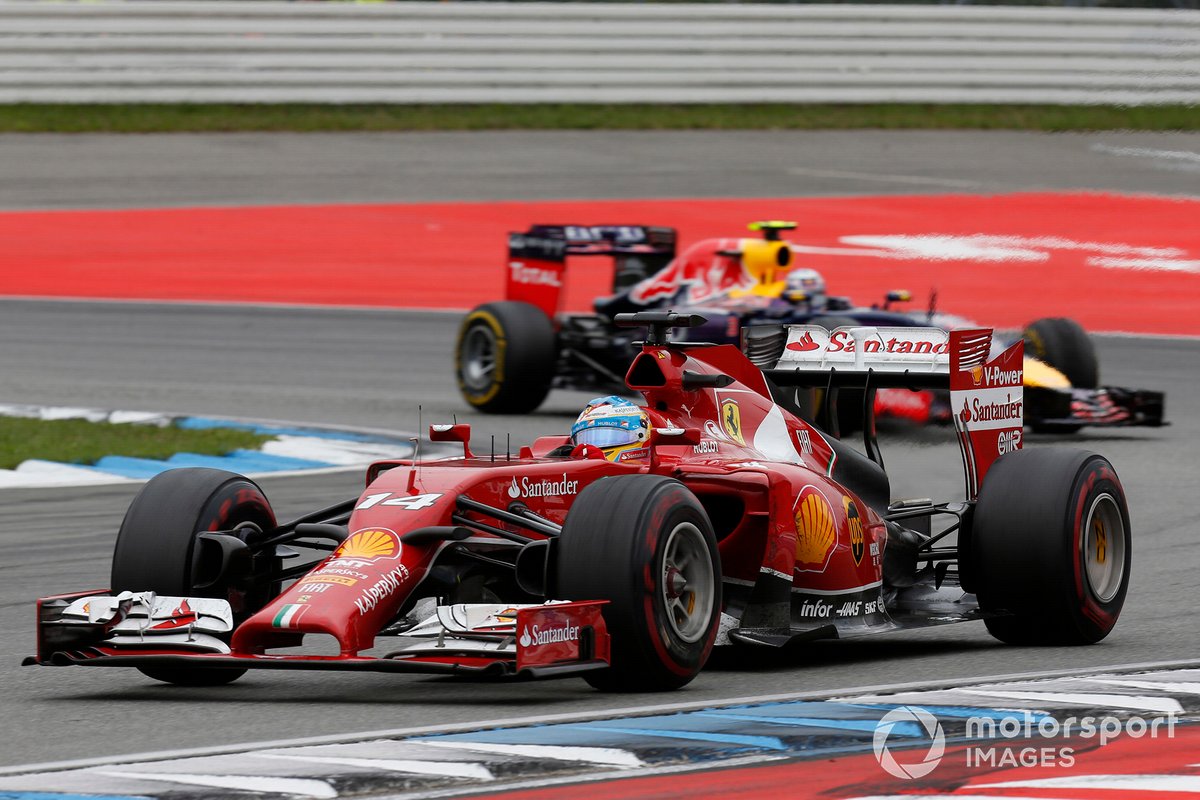 Two-time world champion Alonso scored his final win for Ferrari at the 2013 Spanish Grand Prix, picking up a further eight podiums after that race.

His last top-three finish for the team came at the 2014 Hungarian Grand Prix, which stands to this day as his last podium.

Sainz joined Ferrari at the start of the season after replacing four-time world champion Sebastian Vettel, and was second in all sessions bar qualifying in Monaco, continuing his good start to life at Ferrari.

“But no, I’m very, very happy for Carlos,” Alonso added.

“I spoke with him on the on grid, during the national anthem. He was already in the podium at the time, because he was starting third after the [Charles] Leclerc problems.

“With the [Valtteri] Bottas issues, it was even better. So good start of the championship as well.

“Hopefully we can see a race win soon. But we know that in a normal circuit, maybe Mercedes and Red Bull. they’re still in front.

“It was an opportunity, and he was [able to] take it. So it was good.”