Fernando Alonso says it was ‘pure luck’ he didn’t crash out of Formula 1’s Dutch Grand Prix late on after a big Turn 3 lock up chasing Carlos Sainz.

The Alpine driver was on a charge in the closing stages at Zandvoort as he closed up on sixth placed Sainz, who had been struggling with a lack of pace throughout the race.

But unseen by the international F1 feed, as Alonso shadowed his fellow Spaniard ahead of him, he locked up at the banked Turn 3 – and came so close to hitting the barriers on the outside.

Reflecting on its afterwards, Alonso admitted that he reckoned it was game over for him at that moment, before somehow his car turned away from the wall.

“It was already a stressful moment for sure,” said Alonso. “I had a go into Carlos about six laps from the end at Turn 1 on the inside, and I thought I was making the move. Then in the last moment he released the brakes and braked even later, so we nearly touched in Turn 1.

“Then, into Turn 3, I was too close. So I locked the fronts a little bit and I ran wider than normal. I was outside of the circuit, but obviously there is about two metres from the banking to the wall, and I was about 10cm or something from the wall with both front tyres locked up.

“It is not that I did anything magic there. It was just pure luck, as I was not in control of the car. I got lucky there.” 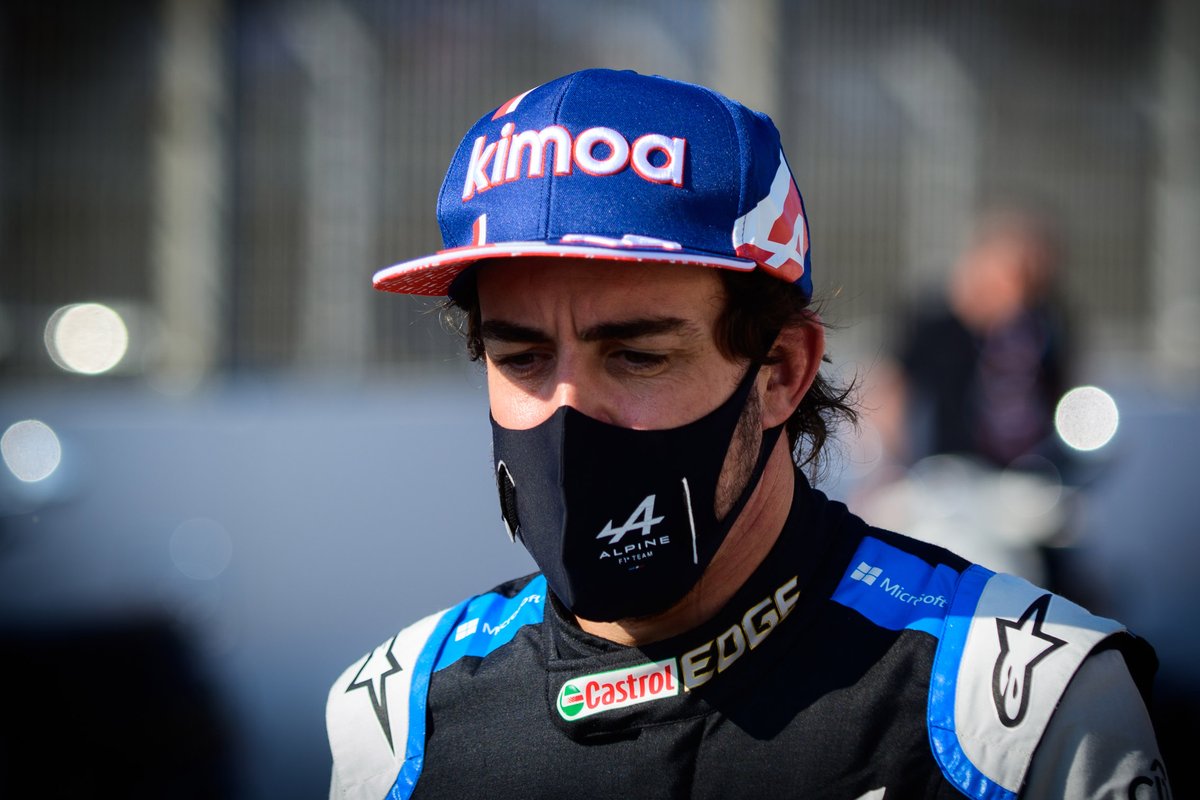 While Alonso says good fortune played its part in rescuing him from the Turn 3 moment, it came after a race where he had again shown his class.

He delivered a super aggressive opening lap, gaining positions with some brave moves in the opening sequence of corners.

“After that, I had to improvise a little bit into Turns 2 and 3, and there were a lot of cars: I was even on the grass at one point.

“Then in Turn 3 I chose to run on the outside and I kept good momentum on the exit, but Carlos [Sainz] was in the middle, in the way, so I had to brake at the exit of Turn 3 which didn’t help.

“But then Giovinazzi and Carlos were fighting until Turn 7, and I could squeeze one position. But I think I had been hit by Esteban [Ocon] in Turn 1, by [George] Russell in Turn 2 and by Giovinazzi in Turn 6. So I had very robust tyres today with no punctures, so that was good.”

Mercedes felt "behind the curve" at Dutch GP after Friday struggles