Fernando Alonso says he cannot use his lack of recent race experience in a Formula 1 car as an excuse for his lacklustre performance at the Emilia Romagna Grand Prix.

The Spaniard is returning to F1 after two seasons away, and has faced a battle to get fully comfortable with Alpine as he gets back into the swing of things.

But despite an encouraging run in the Bahrain GP opener, he had a more difficult time at Imola last weekend.

The two-time F1 world champion was outqualified by team-mate Esteban Ocon, spun in the wet conditions before the start and then ran in the midfield before Kimi Raikkonen’s post-race time penalty handed him his first point of the season.

On a weekend when drivers in new teams appeared to struggle more, Alonso said that the tricky wet conditions certainly did not help those adapting to new surroundings.

However, he said it would be wrong to use that as an excuse as he admitted he needed to be better prepared for future races.

“It feels kind of obvious that every lap I do, every lap we do, we feel more comfortable,” Alonso said about the challenge new drivers were facing.

“Here [at Imola] it was a triple experience, because from lap one to the end we changed conditions and we changed grip level so many times during the race. We had one red flag, we had one standing start, we had one rolling start. 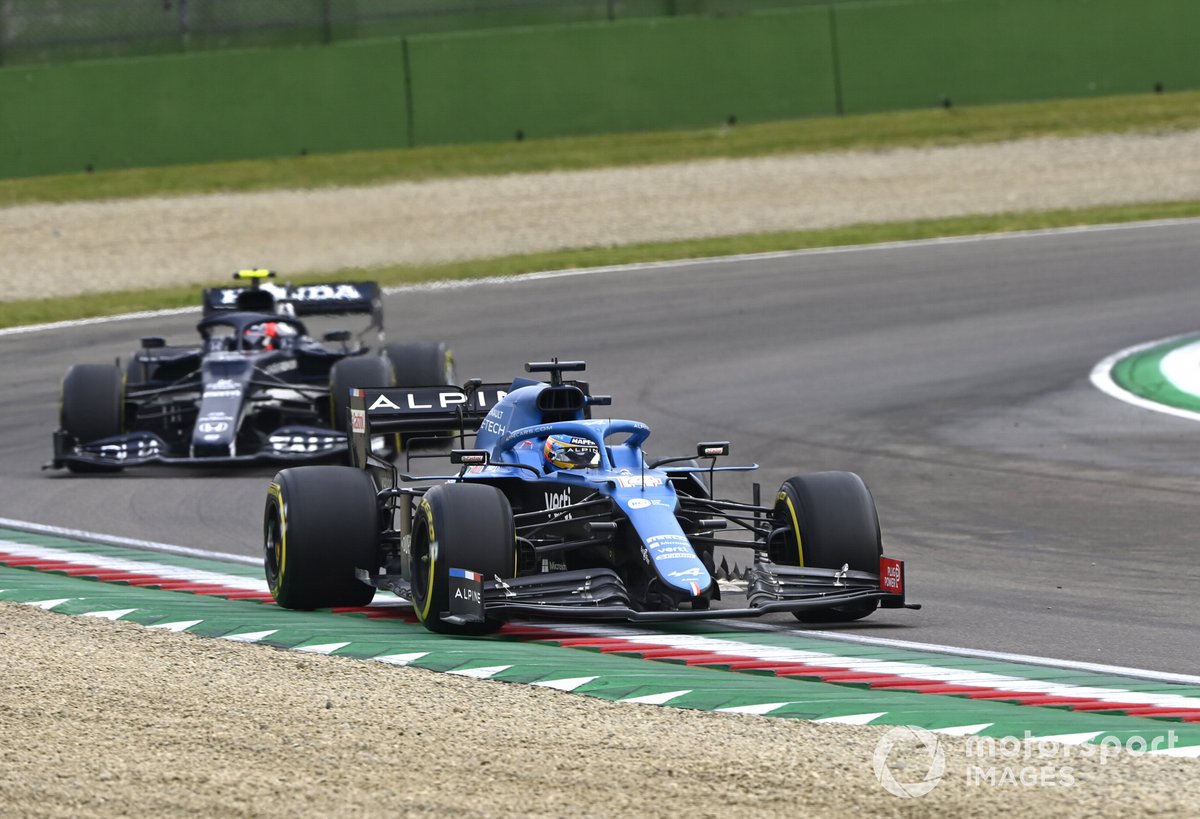 “It doesn’t matter if you have little time or no time in the car, I will try to be better next time.”

Alonso said he did not expect it to be easy on his F1 return, and reckons it will still take a few more races before he is at a level of performance that he is happy with.

“This is not a feeling that goes from day to night and then you are 100% - it will take time. But I’m here to work and I’m here to get better. And a race like this one helps massively because you can feel the car in very difficult conditions and you can learn a lot more than just a normal race.”