Fernando Alonso says giving his everything right now is still not enough to beat his "impressive" Formula 1 team-mate Esteban Ocon.

Alonso is still getting up to speed on his return to F1 this year, and has been outqualified in three of the four races so far by his French team-mate.

But while Ocon has certainly benefited from being well settled in at Alpine, after a sometimes challenging 2020 campaign with the squad, Alonso is still full of praise for the job he is doing.

"I think he is good, and we are seeing that," said the double F1 world champion about Ocon. "He is in a very good form and, right now, fully integrated with the team.

"[He was on the] podium last year in Bahrain, in the last part of the championship, and now, giving perfect weekends. So this is very good.

"It is impressive what he's achieving now. I am giving my 100%, and obviously that's not enough to be at that level at the moment, so I need to keep improving."

Alonso does think, however, that it is not a surprise that Ocon has the edge at the moment, because the Alpine team's recent history is full of examples of the incumbent driver doing better.

"In a way, we talked about this and we anticipated this a little bit," added the Spaniard. "When Carlos [Sainz] joined Renault, he was not as quick as [Nico] Hulkenberg.

"I remember the first couple of races, Daniel [Ricciardo] was arguably slower than Nico in 2019, and he was very good in 2020, his second year.

"Esteban was struggling last year with Daniel, and is good in his second year. So it seems it is a team that is a little bit different than the others and you need an adaptation. 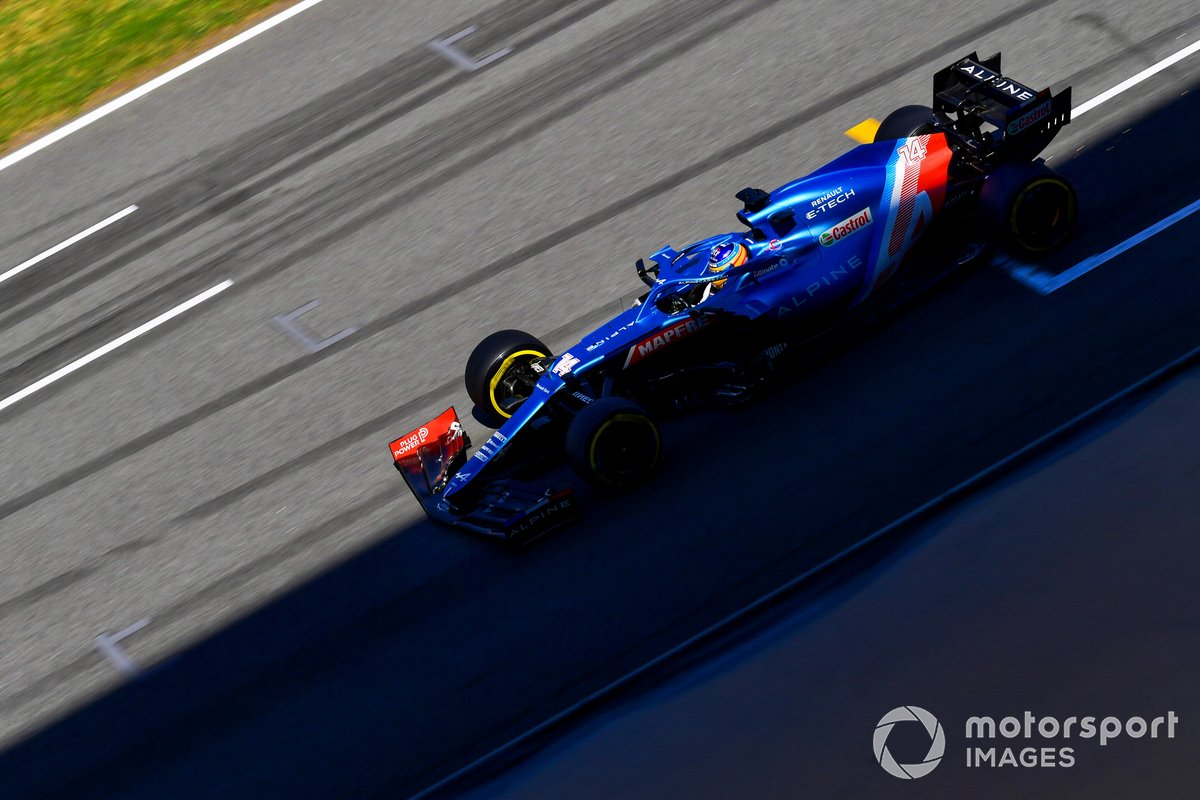 Although Alpine had a difficult Spanish Grand Prix race after an encouraging qualifying, Alonso thinks the team left Barcelona with reason to be satisfied.

"The weekend in general was very positive," he said. "In Portimao, we were competitive, but we didn't know if it was only Portimao, it was the circuit.

"But in Barcelona, we were competitive again. So now, let's wait a couple of grands prix, but I think we can be the fifth team behind Ferrari and McLaren. And this is good news, because in the first two races, it was more difficult to be in Q3.

"There's still work to do, and still work to do also on the strategy, on the tyre understanding etc. But it's not that here it was a surprise, the tyre. It was a risk that we took because we wanted to score points. So it was not a total surprise what we had on the tyres."