Fernando Alonso says McLaren’s 2007 Formula 1 title challenge was “not very well managed”, on the 14th anniversary of the Interlagos race where he and Lewis Hamilton lost to Kimi Raikkonen.

Alonso and Hamilton were McLaren team-mates that year – the latter’s first in F1 – which featured a close title battle with Ferrari drivers Raikkonen and Felipe Massa, as well as the controversy of the Spygate saga and Alonso’s punishment for blocking Hamilton in the pits at the Hungarian Grand Prix.

The 2007 Brazilian GP was that season’s finale, where Hamilton arrived with a four-point standings lead over Alonso, with Raikkonen seven off the top spot and Massa out of contention in fourth.

But a lap-one off and subsequent transmission problem early in the race dropped Hamilton down the order and with Alonso finishing third and Ferrari ensuring Raikkonen won the race Massa had led from pole until the second stops, the Finn secured his sole F1 world title success by one point over Hamilton – in the days where a victory gained 10 points, which were awarded down to eighth place only.

Alonso and Hamilton were asked for their memories of that year’s title fight in the pre-event press conference for the 2021 Interlagos race, where they were appearing side-by-side.

Responding to the question, which also asked how they felt they had changed since that their sole year as team-mates, Alonso replied: “Definitely everybody changed from that year.

“I can only speak for myself, but for sure you are different when you're 13 years older than back then.

“And more mature and you see things maybe definitely.

“As I said many times, I don't think that we were very well managed that year.

“We had a very competitive package, but we managed to lose against the Ferraris. They were fast, yes, but I don't think as fast as we were. But yeah, we were, as I said, not well managed.

“But I still have good memories from that year. And hopefully we can go back to those days and fight for the championship together.” 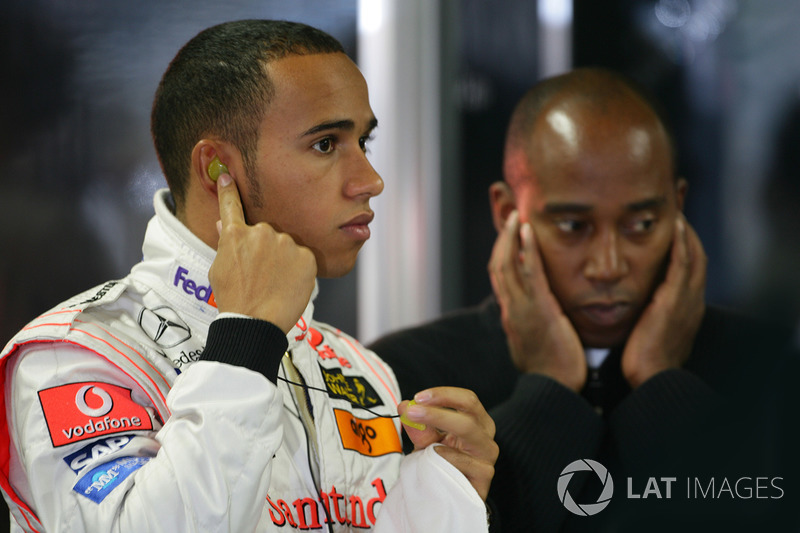 Hamilton said: “The battle we had back in the day when we were both younger was tough against the Ferraris, who were very strong back then.

“So, it's still similar [to his 2021 title fight against Red Bull’s Max Verstappen]. I didn't really rate any one [title fight] harder than the other. They're all been hard in their own way.”

While Hamilton and Alonso will race on into F1’s new era for 2022, Alfa Romeo racer Raikkonen will retire at the end of the season.

When asked if it felt special to be back in Brazil and at the scene of his title-clinching-race for the last time as an F1 driver, Raikkonen replied: “I mean, it's the same place still.

“Obviously some of the things has been improved quite a bit since the first time I came here. But no, the track is pretty much the same.

“They're very passionate about it [here] and usually a lot of spectators, so yeah I have good memories obviously from here.

“But, I don't know, it doesn't change unfortunately the weekend [with Alfa], but yeah it's nice to have memories here.

“And it used to be often the last race, then at some point it was a very early race of the year, but now we have still [three] to go.”

Raikkonen also said he has “no plans yet on anything” for his post-F1 life, “apart from spending time with the family and having a life without the schedule that dictates the whole family's life.”