Fernando Alonso suggests too much is being made of Formula 1 drivers at new teams struggling in 2021 and asks observers not to over analyse his early results with Alpine.

Alonso is making his F1 comeback with the former Renault squad, with which he won the 2005 and 2006 world titles, while four drivers that competed in 2020 – Sebastian Vettel, Sergio Perez, Daniel Ricciardo and Carlos Sainz Jr – switched teams over the off-season.

After the Emilia Romagna Grand Prix, where Alonso said he “did not perform well”, there was much discussion about the performances and early results of the drivers that changed seats (and in Alonso’s case, series) – a challenge that has been made more difficult by the slashed testing time for 2021 and the season’s carryover car requirements.

Speaking to a select group of media ahead of this weekend’s Spanish GP, Alonso offered his thoughts on the subject.

“I'm still thinking the same – that I am at one point in my life where I feel good, and I feel capable of driving better than ever,” he said in response to Autosport’s question about comments he had made pre-season regarding his capabilities and contrasting that with his results in the opening two races of 2021.

“But, that doesn't mean that you don't find difficulties while entering a new adventure, or in this [case a] comeback.

“At the same time, I had one weekend where I was not totally comfortable – in Imola.

“And the problem is that in Formula 1 there is a lot of media, a lot of articles, and unfortunately two weeks between races, because if it was back-to-back from Imola to [Portimao], there [would have been] much less talk!

“And it was also a coincidence of not only me, [but a] few other drivers not being totally confident in Imola.

“Some of them, they changed team this year. And that was a coincidence that induced a lot of talk. 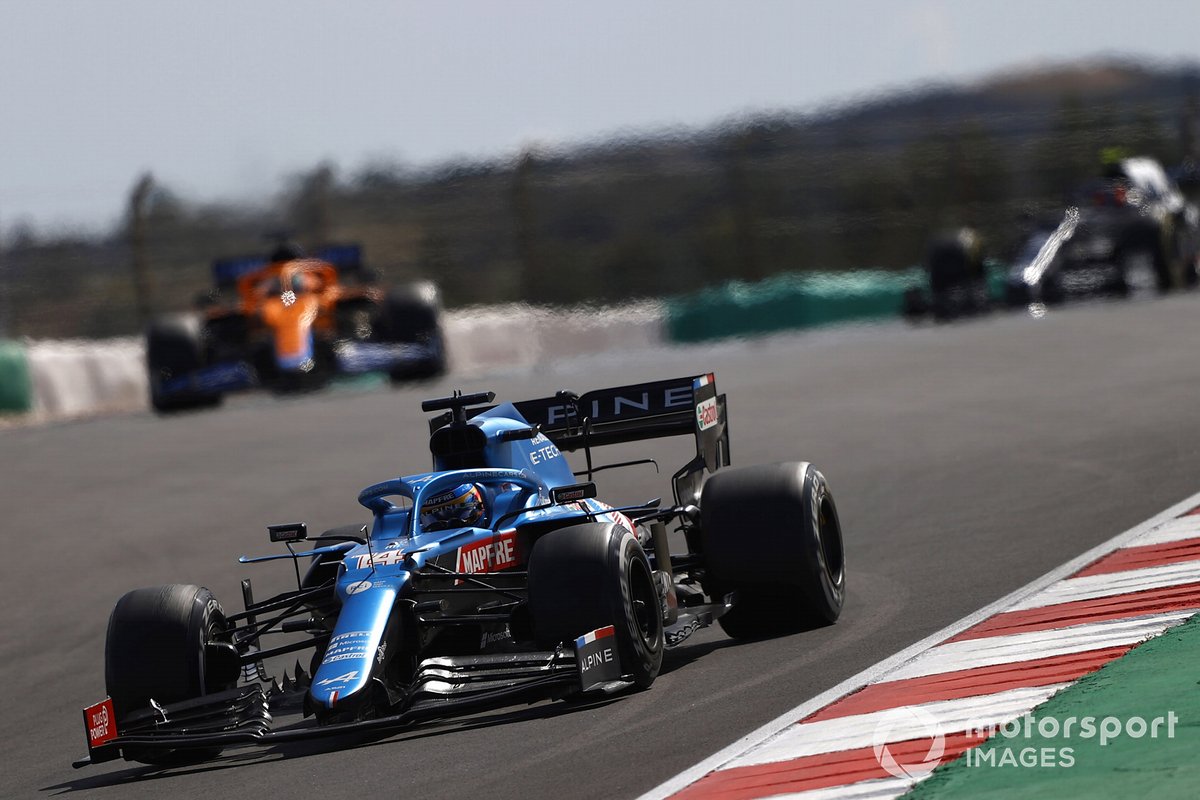 When asked about the challenge of making an F1 comeback after two years away and if he was struggling in comparison to other champions that made successful attempts to win again in the championship history, Alonso firmly rebuffed the suggestion.

He said: “I don't tend to agree with this, and things are getting bigger than what it is.

“I was the first to admit that I was not 100% in Imola, and not comfortable, and probably underperforming.

“But it was one race, and one race that with that underperformance I finished two tenths of a second behind my team-mate!

“But, in Bahrain, I was happy and probably overperforming, in Imola, under-performing.”

The interview with Alonso took place at the Portuguese GP, where Alonso recovered from a poor qualifying to score his second points finish of the season in eighth – putting in a series of overtakes to rise up the order late in the race.

He is currently 12th in the drivers’ standings, with Alpine fifth in the constructors’ championship.