Fernando Alonso believes he is the most competitive he has been in Formula 1 since 2012 with Alpine despite only scoring two points so far this season.

But Alonso has been left downbeat at points through the early part of the 2022 campaign, lamenting bad luck that caused him to retire in Saudi Arabia and crash out of qualifying in Australia.

The Spaniard said after retiring following contact with Mick Schumacher on the opening lap at Imola that his start to the year had been “painful", scoring just two points and by comparison Ocon has scored 20 points.

Speaking ahead of the Miami Grand Prix, Alonso said he thought he was in the most competitive position he has been for a decade, owing to both his own level of performance and Alpine’s pace.

“Obviously it feels a little bit strange to have two points in the championship, after having probably my best start to the season in terms of competitiveness of the last 10 years, maybe from 2012,” Alonso said.

“I was not as competitive as I’ve felt in these first four races. We’ve been extremely unlucky with some of the events that happened: a very easy sixth in Saudi, obviously the problems in Melbourne in qualifying and then the race.

“And then again in lap one in Imola, we were out of the race.

“It’s a matter of time that the result will come. I feel strong, I feel fast now. The car also feels good. I’m really looking forward to each weekend.” 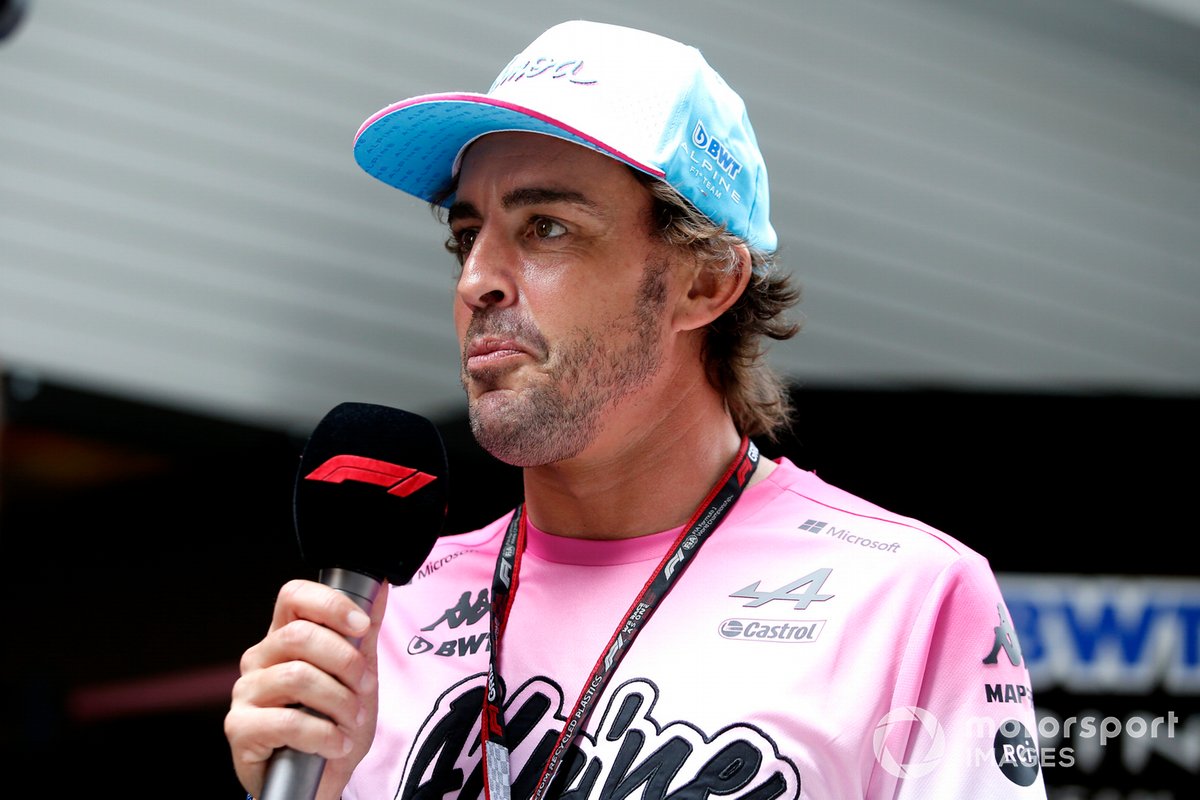 2012 saw Alonso fight for the world championship with Ferrari, winning three of the opening 10 races before ultimately losing out to Sebastian Vettel by three points.

Alonso scored his most recent F1 victory at the 2013 Spanish Grand Prix, and left Ferrari for McLaren at the end of 2014 following a difficult season.

But Alonso’s return to McLaren coincided with the team’s slump, limiting him to a best race finish of fifth place over four seasons before he left F1 to focus on other racing projects.

“We’ve been quite competitive every session that we did so far this year,” Alonso said of Alpine’s current form, as he finished fifth in second practice ahead of the Miami GP.

“I think we were top six or top seven, and that didn’t happen for sure in my McLaren years or my last few seasons in Ferrari or last year with Alpine. That’s the facts that I’m referring to, and that’s pure competitive places that we achieve in free practice and qualifying so far.

“In the races, I think there were things that were out of our hands [happened] or just pure reliability problems. We didn’t finish the job.

“But so far, the car feels fast, and I’m confident with the car.”

Alonso was open last year about the challenge he faced getting back up to speed in F1 after two seasons away from F1, but said he is now back to full confidence with Alpine’s 2022 car.

“When you change the rules and we have new tyres as well, the 18-inch tyres, sometimes you have to adapt yourself a little bit and get the confidence into the car to be able to push 100%.

“I had that immediately from winter testing. So I feel good.”