Fernando Alonso insists his race-radio comments about controversial incidents in Formula 1’s 2021 season – including his Austin Alfa Romeo clashes – are not “frustration” but about things being “fair”.

Since returning to F1 at the start of 2021, Alonso has delivered several fiery in-race messages regarding moves he has been displeased by or regarding officiating calls with which he disagrees.

This includes his comments on drivers going off-track at the start of the Austrian races – he also suggested the reaction to his trip through the Sochi Turn 2 escape road indicates there are “different rules for different people” in F1 – and the outcomes of the incidents involving Kimi Raikkonen and Antonio Giovinazzi in the USA.

In the former incident at the Circuit of the Americas, Raikkonen was not ordered to give back a spot to Alonso because FIA race director Michael Masi felt it was a "marginal" call that also considered how far the Alpine driver had pushed the Alfa wide.

Later in the race last time out, Alonso and Giovinazzi both went off-track to complete passes and were ordered to give the positions back in separate incidents – with off-track passing set to be raised by Masi in the drivers’ briefing for this weekend’s Mexican Grand Prix.

When asked about Masi’s planned discussion in the pre-event press conference at the Autodromo Hermanos Rodriguez, Alonso said he was “open to listening to whatever they want to say” after earlier saying he “will not bring it [up]”.

He added: “The answers are always very constructive and very positive because we all want to race as fair as possible and we try to address all the problems.

“Because sometimes it’s not only the drivers input or the race itself, it’s just the nature of the circuit.

“In Sochi, you will always have more problems than Silverstone or different circuits. We try to work together for a better solution. So, yeah, let’s see.

“On the other side, it’s not frustration. Don’t be confused.

“It’s just trying to race fair and to put a good show [on] for the people in the grandstands and on TV.

“We have a lot of fans around the world and we saw the race in Austin how fantastic it was to witness the grandstands full of people etc. 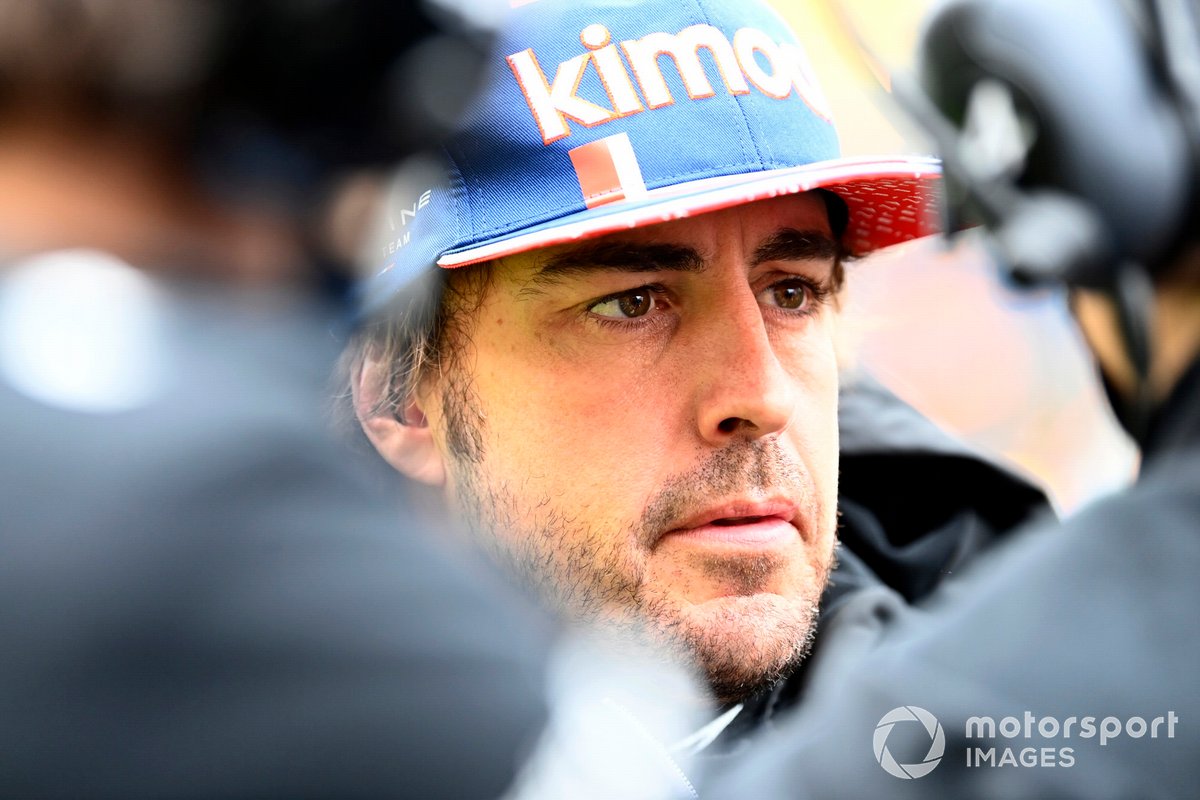 Alonso said he would not be bringing up the matter because “if we bring this topic to the drivers’ meeting, we will have the same answer [from the FIA]”.

He continued: “If you are talking in football and you take the ball inside the area with your hands, it will be a penalty. So, you don’t need to bring this to every match.

“Every time you touch the ball with your hands in the penalty area it’s going to be a penalty – every match you do.”

Alonso said focusing on off-track passing in the drivers’ meeting “is exactly what I don’t want that happens” because “I think there are many other things that we should discuss in that meeting”.

“Like the lap one [incidents at Austin],” he added.

“They removed the bumps on the outside after the problem with F4 or whatever – the car that launched outside of Turn 1 – and there were three or four cars going wide in Turn 1.

“So, I would love to talk about those cars, as we talked in Sochi.”