Following the fatal accident suffered by Anthoine Hubert in a Formula 2 race in 2019, there has been a growing debate about safety at Spa-Francorchamps' famous uphill sweepers in the wake of recent incidents there.

Williams F1 reserve Jack Aitken’s smash in a Lamborghini GT3 car at the Spa 24 Hours, a six-car pile-up in W Series qualifying on Friday and Norris’s qualifying shunt have all served to add to growing calls for safety tweaks to be made.

And while Spa chiefs have already announced plans for renovations at this area for 2022, which will include wider run offs and the addition of gravel traps, double world champion Alonso is sceptical about them stopping all incidents from happening.

PLUS: The evolution of Eau Rouge

Speaking on Saturday following his elimination from qualifying in Q2, the Alpine driver said: “Even with a different barrier, probably you save some of the accidents, but it is still a high speed corner.

“It is the nature of the circuit and that is why it is special."

Alonso also believes that the 4.352-mile circuit's length, Spa being the longest track on the F1 calendar, also make it tricky to judge when to stop sessions during deteriorating weather conditions.

“When it is drying up it is always good news, but when is getting wetter and wetter it is sometimes a surprise with aquaplaning. So it is difficult to predict.” 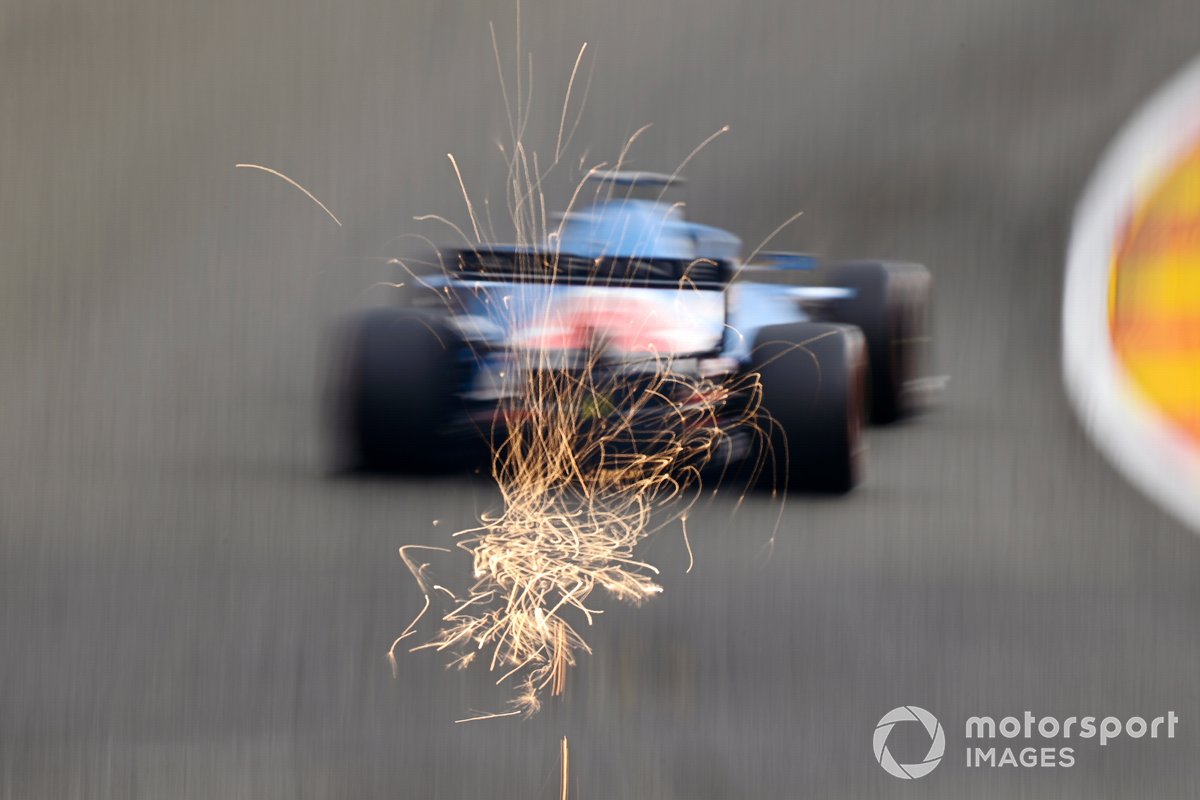 Ferrari’s Carlos Sainz Jr said drivers had long pushed for changes to be made to the barriers at Eau Rouge, but had been assured by the FIA that the situation was being dealt with.

“It’s very obvious that this corner has a fundamental issue that means when you crash, first of all, you crash very heavy and second, you crash back into the circuit,” said the Spaniard.

“This is when, in these kind of conditions, in the spray, if someone in P2 crashes and someone coming in P17 doesn’t know, it’s an extremely dangerous situation that we as drivers, we have asked for changes.

“We’ve asked for reviewing this corner, and we’ve been told that the FIA is already on it. So we are more calm about it, but this year is going to be another tricky one.”

Sainz’s team-mate Charles Leclerc said that while drivers welcomed what was being planned for 2022, he was left ‘praying’ that nothing bad happens this year.

“It was very scary for me to see, as for everyone, this crash at the same place where I’ve lost a friend two years ago,” he said.

“It was incredibly good to see Lando walking out alone, out of the car.

“In terms of the track, they know that there is something there that needs to change, and the changes are planned for next year I think, which is good to know. Then for this season, I just pray for nothing to happen.”