Fernando Alonso said he had to drive like a “kamikaze” in the corners after suffering an engine issue early in Formula 1's Canadian Grand Prix.

Alonso felt he had the pace to fend off the Mercedes drivers but ultimately he tumbled down to seventh from his second grid spot.

The Spaniard ran a very long opening stint from his second grid spot, but the strategy was compromised by a reduction in power and a first stop under green conditions, and he fell behind team mate Esteban Ocon.

Later he was able to make a second stop under a VSC, along with Ocon, putting both drivers on medium tyres for the final stint.

In the closing laps he was asking his team about getting past the Frenchman, claiming he had been “a hundred times faster” during the weekend, but in the end he held station.

“The engine, that was the only answer,” he said when asked about his tumble down the order.

“We had an engine problem on lap 20 where we cut the energy very early on the straights, as soon as we exited the corners.

“So we tried to fix it. But it didn't work. So luckily, we didn't retire the car and we still scored a few points. But until that point, I think we were fighting for the podium.

“At the beginning of the race I felt strong compared to Hamilton, we just didn't have the pace of [Max] Verstappen and [Carlos] Sainz, but okay to control Hamilton and the Mercedes.

“And then the virtual safety cars, lucky or unlucky, that could change the race, okay. But we could still maybe be fighting for P3, P4. 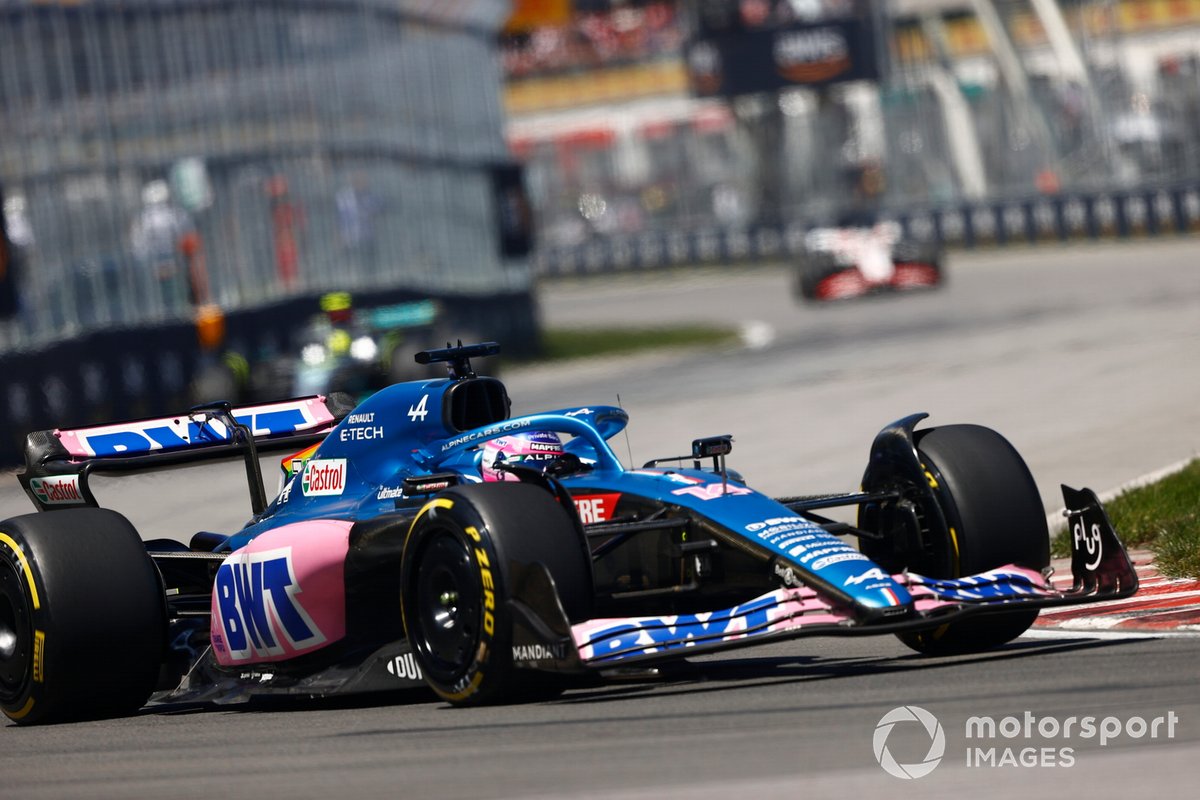 "But then when the engine problem came, it was just trying to survive, trying to get the DRS, driving kamikaze in the corners before the detection, because the DRS was my only safety on the straights after that."

Alonso was placed under investigation at the end of the race for weaving on the straights ahead of Valtteri Bottas, and thus copped a five-second penalty which dropped him to ninth place.

Asked about his “hundred times faster” comment he said: “I could not pass. But yeah, it was very frustrating because my car was flying this weekend.

"And I had one second deficit more or less on the straights. And even with that I was still quicker on the race. So it's unbelievable to finish P7.

“We had the same tyres [as Ocon], because we both stopped on the VSC. I was one second slower on the straights, so I had to recover 1.1 or 1.2 on the corners, just to close that gap. So it was difficult."

Alonso had some reliability issues in the early races of the season, but had experienced better luck of late.

“Yeah, obviously it's another reliability issue on car 14 only. So that's that's disappointing.

“So if we didn't finish on the podium or before it's because we had a reliability issue on car 14 and unlucky maybe with the virtual safety car, but the luck you cannot control. Reliability on car 14 should be a little bit better.”