Fernando Alonso does not believe he is noticeably happier in Formula 1 since making his comeback, saying his season with McLaren in 2007 led to incorrect perceptions of him.

Two-time F1 world champion Alonso returned to the series last year with Alpine after a two-season break exploring other racing opportunities such as the Le Mans 24 Hours, the Indianapolis 500 and the Dakar Rally.

Alonso scored one podium and helped Alpine finish fifth in the constructors’ championship last year, as well as playing a key role in team-mate Esteban Ocon’s shock win in Hungary.

Alonso said early last season that he was enjoying his return more than expected, having overcome an initial battle to adjust to life back in F1.

Reflecting on the whole season with Alpine, Alonso countered the suggestion that he was now more relaxed and happier than he was when he last raced in F1, and noted that it was a recurring question he faced.

“I probably disagree with that, because when I joined Ferrari, I had exactly the same questions from you guys,” Alonso said.

“I remember perfectly, answering questions: ‘Why do you feel so happy now? Is it being in an Italian team and you are Spanish, it’s a better fit and you feel happy?’ And I said yes, maybe it’s because of that, we have the same sense of humour, we have the same Latin character, so maybe that’s the reason why I’m happy.

“Then I came back to McLaren in 2015, and it was the same comments: ‘Why are you so happy now? Because in Ferrari, you felt a little bit down the last two years and frustrated, and now you seem that even if you are not fighting for the championship and it was the bad seasons of Honda etc, you’re still quite happy off-track, so why that change from Fernando?’

“And then when I was in endurance [racing] or Dakar or Indy: ‘Why are you so much more relaxed now? In Formula 1, you seemed frustrated etc?’ And now it’s the same comment.” 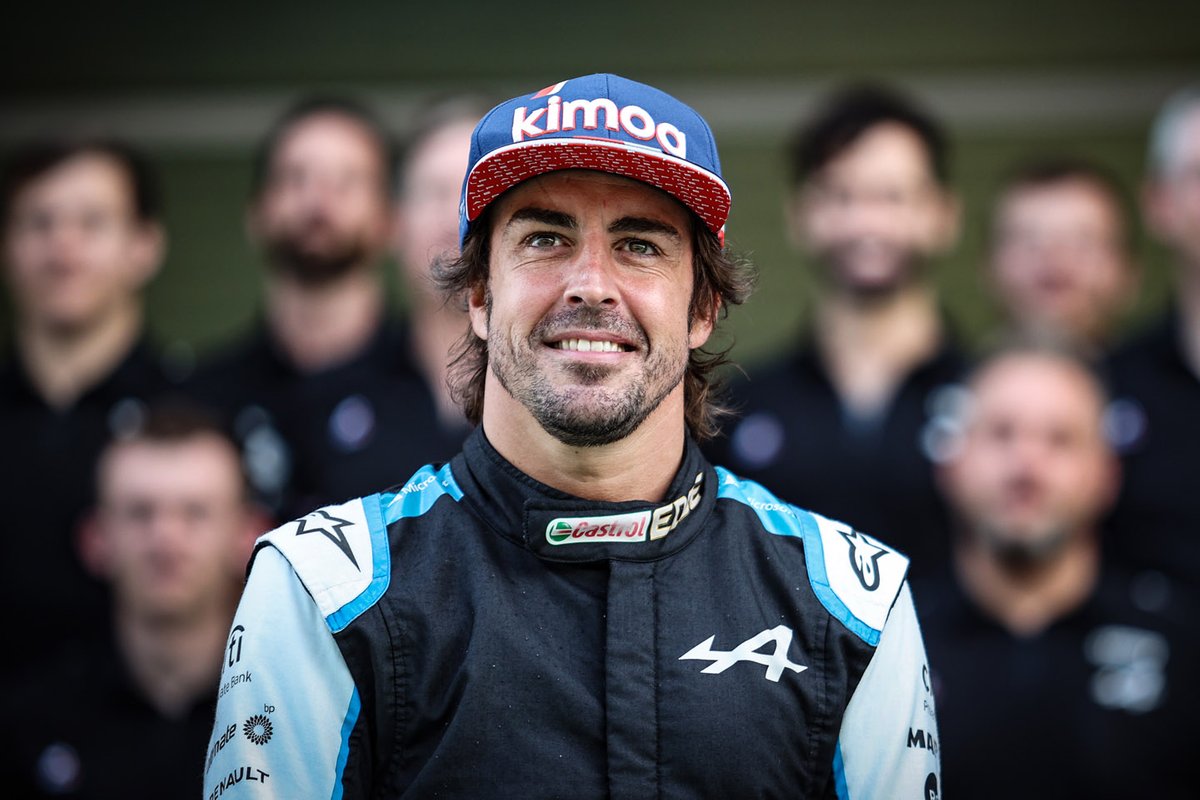 Alonso said he thought the incorrect perception about his happiness in F1 stems from 2007, when he spent a fraught season with McLaren alongside then-rookie Lewis Hamilton which ended in his contract being terminated by mutual consent after just a single year.

“I think from 2007 and fighting with Hamilton in a British team, in a British environment, it was the wrong message that people perceived and people spread about me - that from 2007, everyone is surprised about how good I feel and how happy I am,” Alonso said.

“So I think I didn’t change much. I’m happy today, but I don’t think I was not happy in the last seasons.”

Alonso admitted that he felt “tired” towards the end of his last stint in F1 with McLaren prior to his decision to race in other categories at the end of the 2018 season.

“That’s why I stopped Formula 1, because I had other things in my head,” Alonso said.

“But I was still enjoying it and I had a fantastic season also in 2018. With Zak [Brown], I remember we planned the Indy 500 in ’17, and then with Stoffel [Vandoorne], we had a fantastic relationship in ’18.

“We had fun, even if I was retiring, [there were] still a lot of things going on. So yeah. I’m a happy person, even if this message doesn’t get to everyone.”

Button: "A shame" McLaren didn’t hang on with Honda in F1