Alfa Romeo boss Fred Vasseur believes Lando Norris should have received a penalty for crossing the pit entry white line during the Russian Grand Prix, as he pushes for a wider Formula 1 rules rethink.

Norris' pit entry incident was a major point of discussion after the Sochi race on Sunday, and many observers were surprised when the McLaren driver received a reprimand rather than the five-second penalty and one licence point that are usually associated with the offence.

The significance was that those five seconds would have made his day even worse, dropping him from seventh place to ninth, behind the Alfa Romeo of Kimi Raikkonen and the Red Bull of Sergio Perez.

It certainly looked like the offence was a slam dunk. When he headed to the pitlane to take intermediates with two laps to go Norris lost control in the pit entry, and his whole car slide across the line and back onto the track. He managed to gather it up and jink back into the pitlane, but in post-race interviews he conceded that a penalty and a further demotion was likely.

When Raikkonen took the chequered flag his Alfa Romeo team was so sure that Norris would be penalised that the Finn was told that his eighth place on the road was expected to become seventh.

To make matters worse for Alfa Romeo, Raikkonen was one of the most recent recipients of a five-second penalty for a pit entry offence, at Mugello last year, one that dropped him from eighth to ninth place in the final results.

It’s no surprise therefore that the news that Norris had received only a reprimand on this occasion was received with incredulity in the Alfa Romeo camp, and not least by team principal Vasseur.

The Norris verdict came in the slipstream of a series of recent FIA decisions that have impacted the Swiss team and left him rueing what Vasseur sees as an apparent lack of consistency. 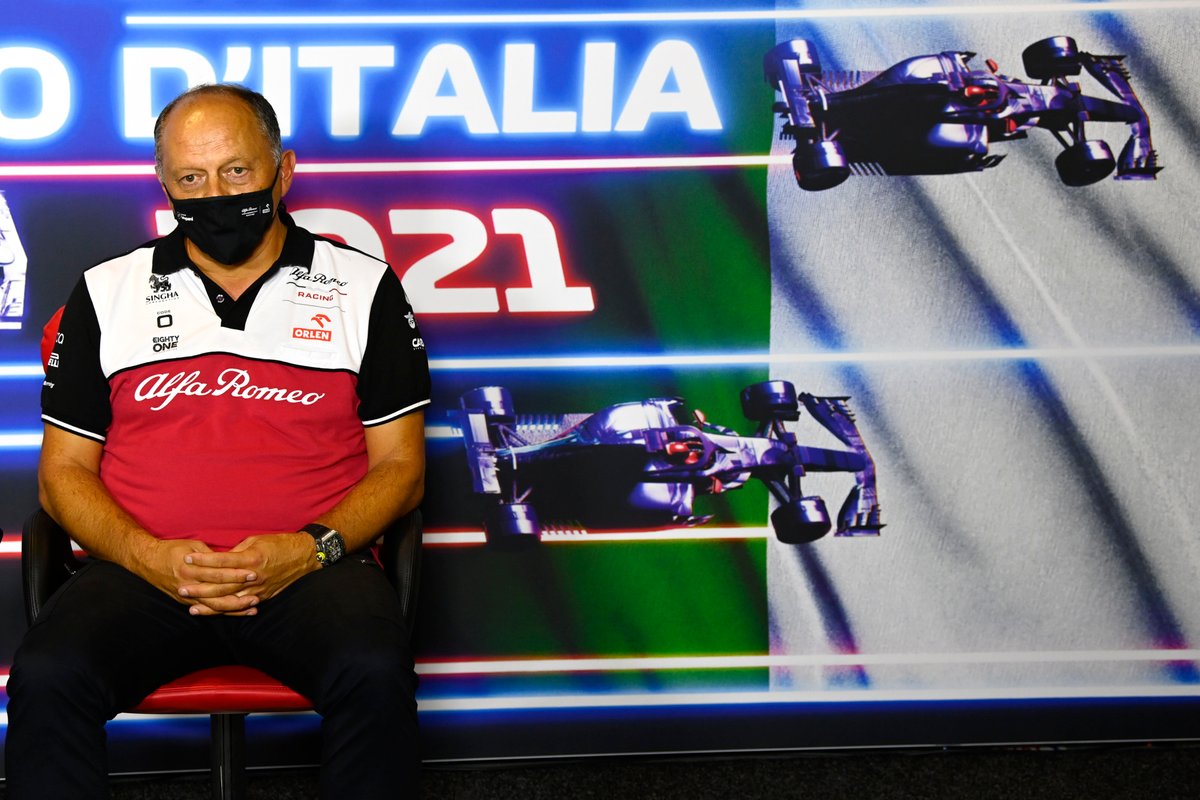 That list is topped by the awarding of points after two laps behind the safety car in Spa – an outcome that created a 10-point swing to Williams in the battle for eighth place in the constructors’ championship, potentially costing Alfa millions of dollars in prize money.

“I'm very sad for Lando, because he did a fantastic weekend in Sochi,” Vasseur told Autosport. “But it's not because you like the guy and he deserved to win that we have to change the rule. The rule is crystal clear, that if you cross the line, you have to be penalised.

“It was the case on tons of occasions, for 10 times less than this, with [Yuki] Tsunoda in Spielberg, with Raikkonen last year in Mugello. And exactly the same condition with Lewis in Hockenheim in 2019.”

Hamilton’s 2019 German GP penalty was technically for going to the wrong side of the pit entry bollard, not the crossing line, but it earned the same five-second penalty.

If you go further back there were more severe penalties for pit entry offences. Felipe Massa received a drivethrough penalty in his final race for Ferrari in Brazil in 2013 for crossing the entry line when he made a stop in the race, while in a different scenario Sergio Perez also received a drivethrough penalty in the 2012 Monaco GP, although on that occasion the stewards cited a “late pit entry and impeding another driver”.

Intriguingly there is also a precedent for giving a reprimand and not a time penalty for a pit entry offence in a race – and again it involved Hamilton at Hockenheim, this time in 2018. On that occasion he was heading into the pits, and went to the correct side of the bollard, but then opted to cross the line and return to the track.

The stewards subsequently justified the decision to give a reprimand by saying that that “the driver and the team candidly admitted the mistake and the fact that there was confusion within the team as to whether to stay out or to enter the pits and that led to the infringement.”

They added that “that the infringement took place during a safety car period,” and that “at no time was there any danger to any other competitor and the change in direction was executed in a safe way.” 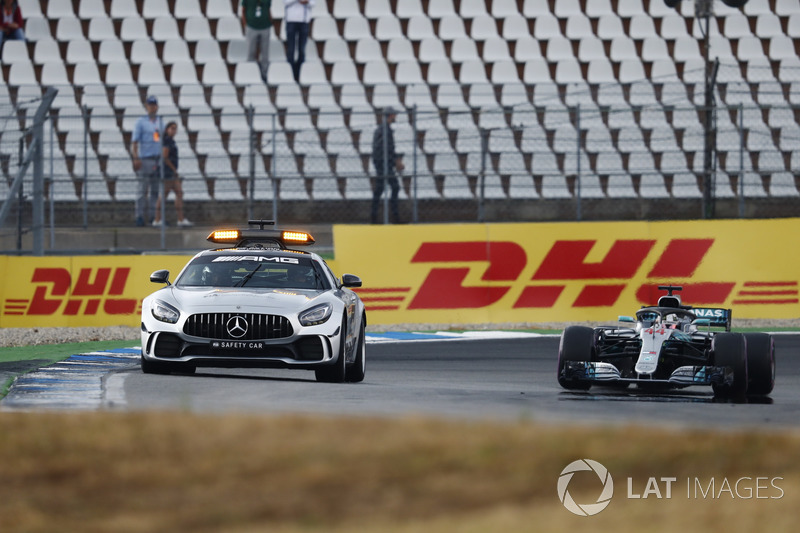 Last weekend’s verdict explained why the stewards had awarded a reprimand and given Norris the benefit of the doubt, noting that he was travelling slowly and that “we do not consider that the crossing of the painted area was intentional or predictable in the circumstances.”

However, Vasseur insists that Norris’s slide back onto the racing line in Sochi was deserving of the usual time penalty.

“I will say that it's even worse in these conditions,” he said. “Because when Tsunoda put a wheel on the white line in Spielberg, it was not a safety issue, it was not a gain of time, because like when you are at the pit exit you go straight if you touch the white line, you are not faster. But he got penalised.

“And nobody complained about this that day, because the rule was clear, you put the wheel on the line, you are penalised.

“Last week, the advantage for Lando was mega. Because in this situation either you take five seconds or you do another lap in the wet on slicks, and you're losing perhaps 25 seconds.

“And probably the five-second penalty is not enough. Because I remember when Lewis took the penalty in Hockenheim [in 2019], 99% of the paddock complained that it was too small.

“Now we are starting to find let's say, not reasons, but the explanation around the incident, and we are looking stupid. The rule is crystal clear. In that rule you never had a consideration about what is the advantage, is it the right circumstance?”

Vasseur sees the Norris decision as an example of too much interpretation on the part of the stewards.

“The question for me is that if we open the door to this kind of discussion each time that someone will put a wheel on the white line we will try to find a good reason,” he explains. “And we will go to the stewards and explain and show the data, and it's an endless discussion.

“I'm scared that the last couple of weekends we had far too many issues. I remember that in quali in Monza a driver [Nikita Mazepin] blocked [Antonio] Giovinazzi, and he didn't get penalised because the team didn't inform him. It's a joke. 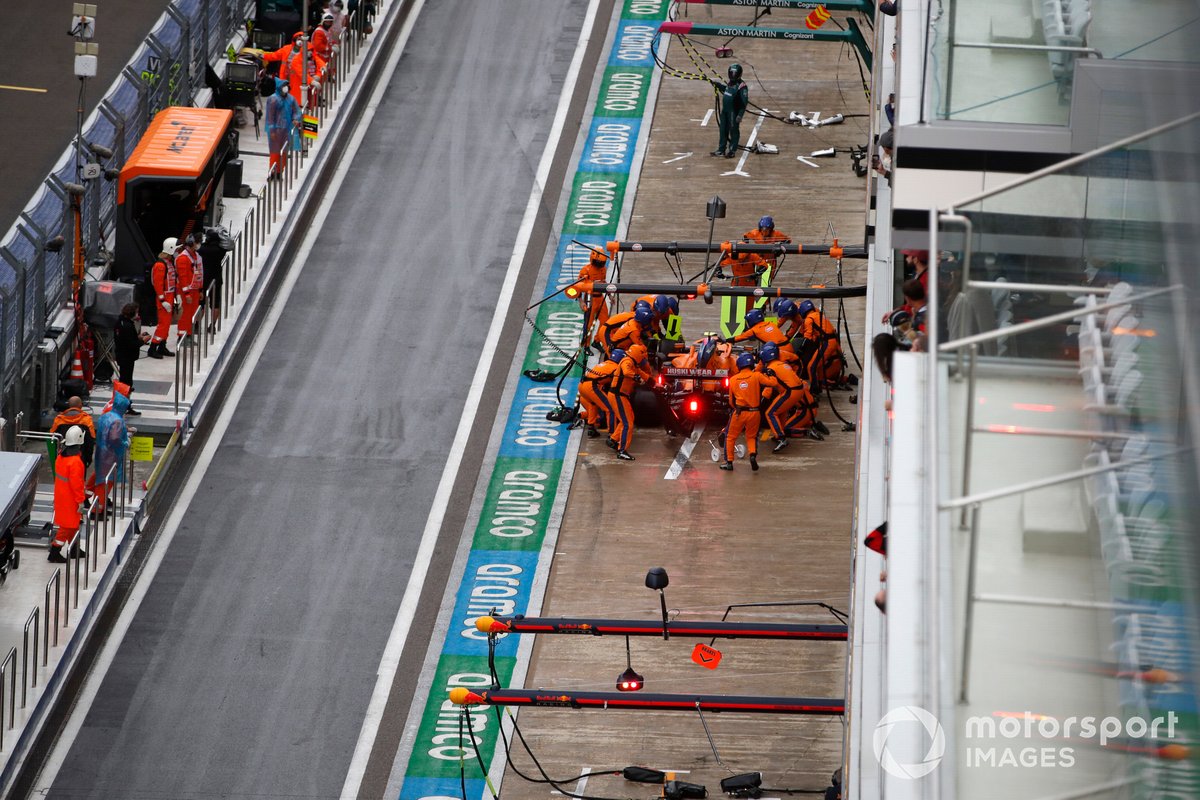 “Nobody considered this point before. We did exactly the same in Monaco three years ago, Giovinazzi got penalised, and I didn't complain because we f*cked up the lap of someone.

“It is tough to consider and to try to understand the reasons behind the mistake. It's a new discussion.”

Alfa and Vasseur were also left fuming at the Emilia Romagna GP earlier this year when Raikkonen received a 30-second penalty for not entering the pitlane after spinning before the rolling restart.

Even the stewards acknowledged at the time that there were apparently contradictory regulations, but the penalty was still applied. It dropped him from ninth to 13th.

“I think that when they took the very tough decision against Kimi in Imola they didn't consider that the start of the story came from the race director also,” Vasseur explained. “The rule is clear that the race director is supposed to signal the rolling start after several laps, not when you are in the pitlane.

“We had far too many polemics over the last six or seven events. I think that we have to stick to the rules, and this is it. If you have a look, Spa was a disaster.

“In Sochi we had a driver [Fernando Alonso] over the kerb at Turn 2, and he didn't come back by the normal escape way. And when we asked the race director he said, 'it's okay, they didn't get an advantage'. But it's not the rule.

“The rules are complicated, but even when they are crystal clear we are trying to complicate the situation.” 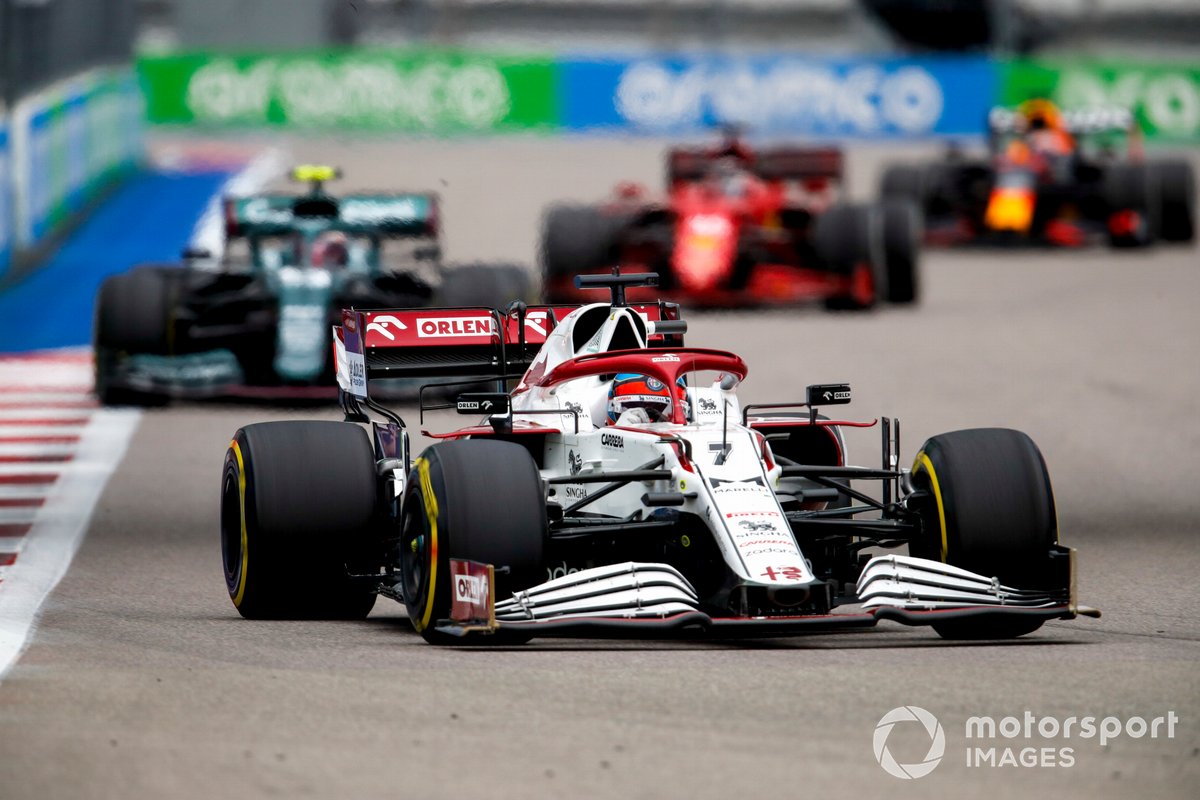 Vasseur admits that the Norris saga was a final straw after the various situations that have impacted his team this season and says, "at one stage it's starting to be a lot".

For Vasseur, the regulations should be black and white, with less wiggle room for interpretation.

“As long as that we have a rule in place, let's stick to the rule. Our sport is complicated. When we had the case in Imola, I had a look at the sporting regulations of 10 years ago. It was two times less pages!

“I had a long discussion with a couple of my colleagues, and in the end I'm really frustrated with this, because as I said everybody's trying to become more and more professional, the general level of every single topic in the paddock is going up, and this kind of decision is nonsense.”

It’s rare for a team boss to act like a football manager and go public on a referee’s decision, but Vasseur has no qualms about doing so.