After a run of three races without scoring, Alfa returned to the points in both France and Austria and was beaten only by McLaren in the pack chasing the established top three.

At the Red Bull Ring last weekend, Alfa had two cars in the points for the first time in 2019 as Kimi Raikkonen and Antonio Giovinazzi both made Q3 then finished ninth and 10th.

Though Alfa is 30 points and two places behind McLaren in sixth in the constructors' championship, team principal Frederic Vasseur said matching McLaren for outright pace was the next goal.

"I think we did a good step forward over the last two or three races," Vasseur told Autosport.

"We have to improve the pace a little bit to be able to fight with the McLarens, which will be the next target.

"If you look at the last few races they were ahead, but we have good updates in the pipeline. 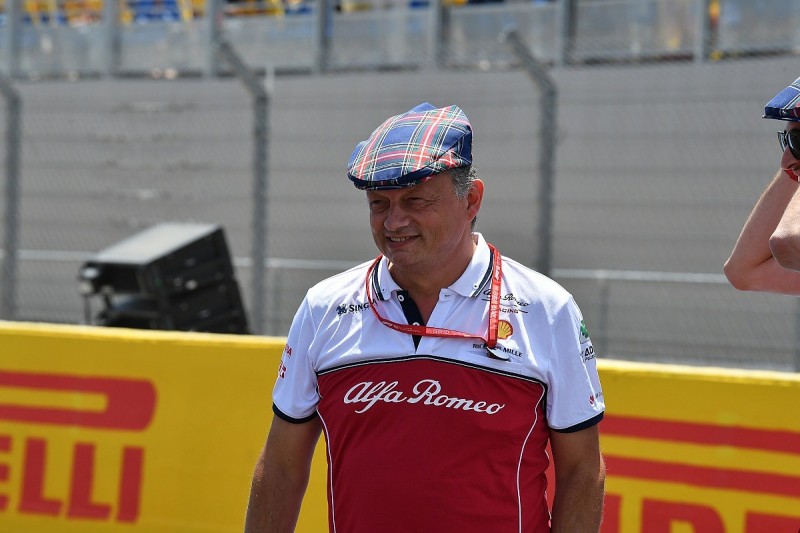 "For sure we need to do a step forward to fight with them in the races.

"We have a package for Silverstone and some other updates for Germany and Hungary, but we have to be realistic, everybody is pushing like hell, and they will also bring something."

Giovinazzi's 10th place in Austria was his first points finish of the season, and Vasseur believes the mental boost the Italian will get from that breakthrough will be very helpful for Alfa.

"Antonio is also able to score points now, so it's good for the team," Vasseur added.

"He needs it, because the last few races he was very strong in quali, he was matching Kimi.

"At the same time the races were a bit more difficult, so it was important for him to score points.

"At least he won't have any more the question about when he will get the first points.

"The pace was there and he did a very strong race, and it was an important step in his own season."