Alfa Romeo Formula 1 team boss Fred Vasseur admits that he is struggling to find an FP1 slot for his protege Theo Pourchaire.

This year all teams have to stand down each of their race drivers at some stage of the season to give an FP1 session to a rookie.

Alfa Romeo was in the unusual position of being allowed to count Zhou Guanyu's debut in Bahrain as an official rookie session for his car.

However, Valtteri Bottas still has to give up his C42 on a Friday, and ART F2 driver Pourchaire has been given the nod for the slot.

Vasseur says the original plan was to run Pourchaire in France later this month. However, following the cancellation of the Russian GP, the F2 organisation has moved the event that was to run at Sochi to the French GP weekend.

It won't be possible on F1 sprint weekends when FP1 is followed by qualifying, which also takes out Red Bull Ring, as well as Interlagos.

Vasseur adds that Singapore isn't possible because of the obvious risks associated with a street circuit, while Suzuka is also potentially too challenging for a rookie – with the added problem of the necessity to get Bottas as much mileage there as possible after two years away.

In addition, Pirelli is planning to use two or three FP2 sessions later in the season to test prototype 2023 tyres, and Vasseur says that combining that with an FP1 rookie run would be too disruptive.

"We were thinking to do Le Castellet with Theo," said Vasseur when asked about the team's plans. "But now at Le Castellet they have F2, they changed because of Sochi.

"We have to find a slot at the end of the season. It's not so easy because you don't want to do it in Singapore. Japan is tough for a rookie, and it's also tough for the guy whose driving the car didn't do Japan for the last two seasons. 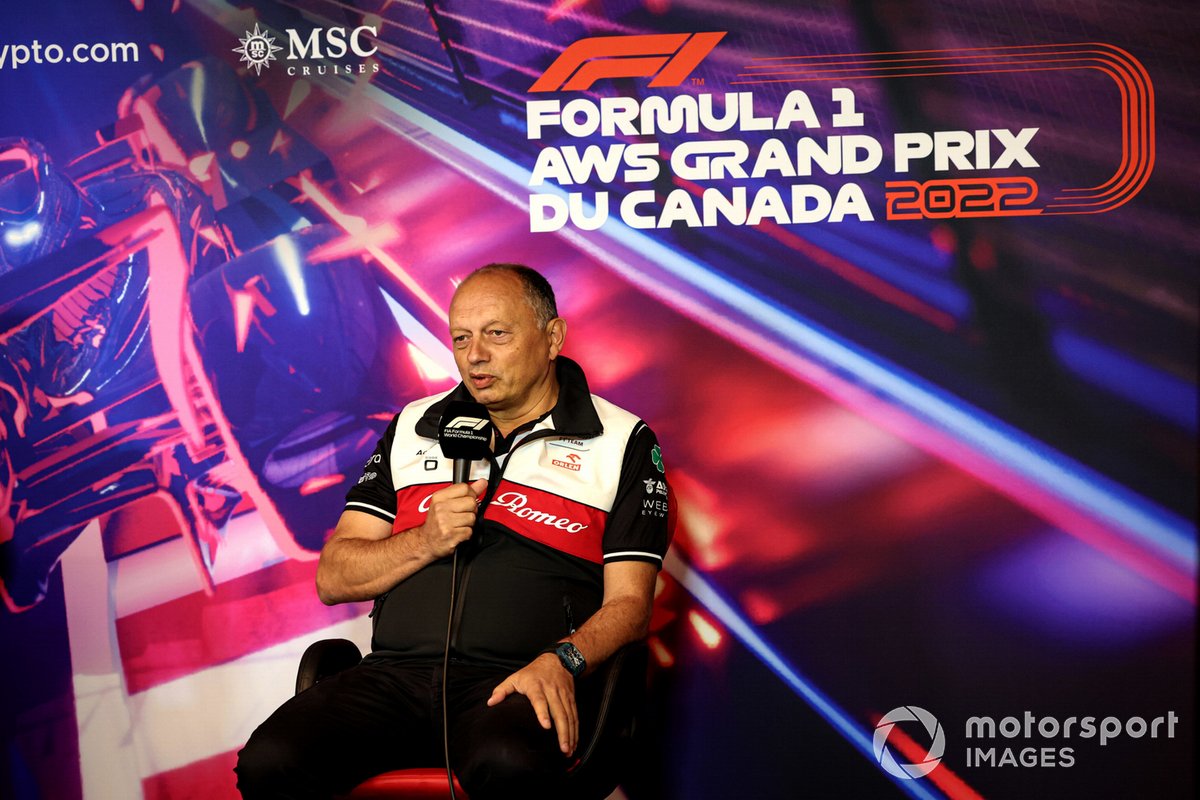 "You have the sprint races, and you will have probably two or three races where we will have to do the tyre test. It means that this you will kill FP2, and that means that it's quite difficult to have a rookie in FP1, and tyre testing in FP2.

"Mexico could work, Austin team could work. But they [Pirelli] will have to do the tyre tests. And I think it will be also dependent of the weather."

Thus far only three FP1 rookie slots have by teams, with Zhou's Bahrain debut followed by runs in Barcelona for Nyck de Vries at Williams, and Yuri Vips at Red Bull Racing.

Red Bull boss Christian Horner confirmed that following last week's sacking of Vips Liam Lawson will now be the main reserve for both RBR and AlphaTauri.

It is thus possible that the Kiwi will be given as many three FP1 outings across the two teams – although as with Pourchaire his F2 commitments will make it difficult to find slots.

Oscar Piastri's FP1 debut with Alpine will be after the summer break rather than in France, as previously reported.