Zhou Guanyu’s horror accident at the start of Formula 1’s British Grand Prix will, like every crash, be investigated in depth by the FIA.

As part of the never-ending quest for improved safety, motor racing's governing body pores over the details of each major accident to better understand the factors that worked as planned to help the driver – and areas where perhaps improvement can be made.

One of the aspects of the Zhou incident that will likely be looked at especially closely will be what happened to the C42’s roll hoop, with images of the car in the aftermath showing it had been ripped clean off.

Still pictures and video footage of Zhou indicate the roll hoop didn’t survive the initial roll, and that it was the halo and other surrounding safety structures that prevented the driver’s head from hitting the ground thereafter. 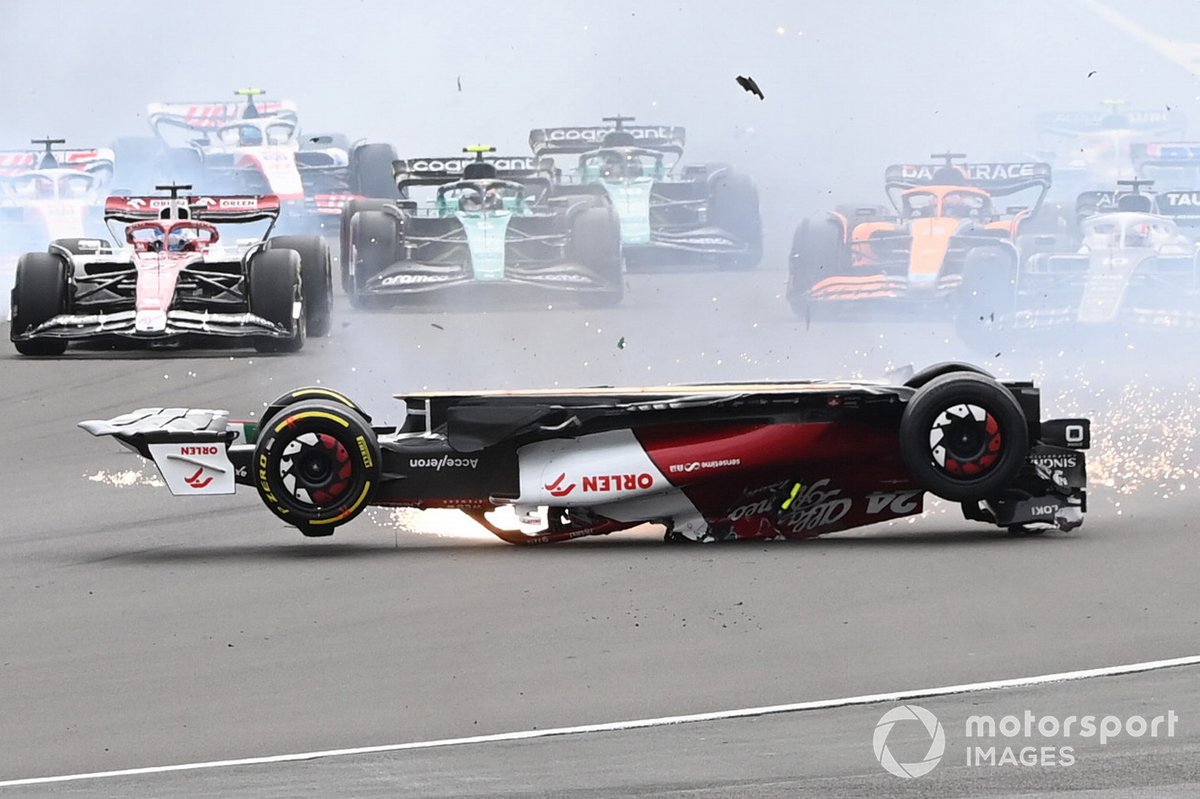 The accident involving Zhou Guanyu, Alfa Romeo C42 at the start of the race

What the FIA will want to better understand is what forces were at play and the scale and number of impacts the roll hoop took during the sequences of the crash.

One factor that stands out is that Alfa Romeo is unique in the F1 grid in 2022 in running a blade-style roll structure (seen below) – the concept of which has fallen in and out of favour over the years. 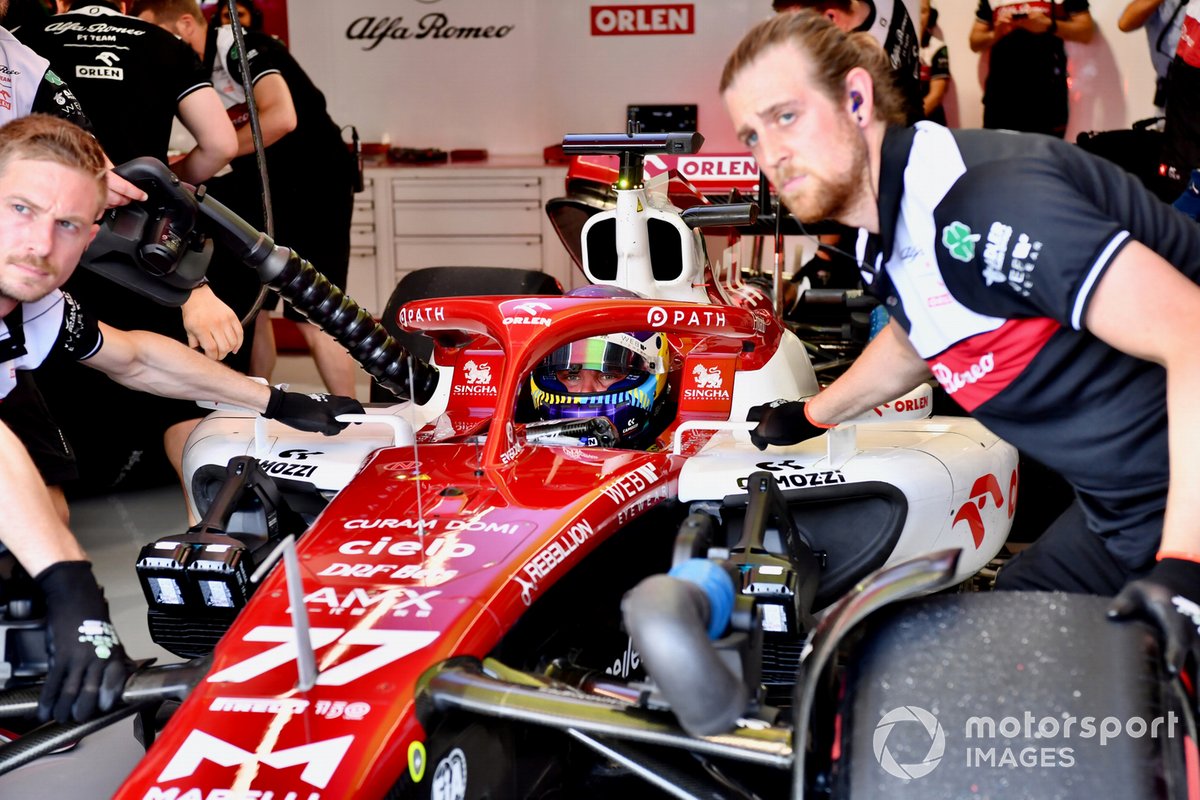 Alfa Romeo returned to the blade-style solution this year having not used one since 2019, the year after the halo was first introduced. One featured on its 2017 and 2018 challengers too.

Prior to this, blade-style roll over structures had been employed by Mercedes in 2010 and both Force India and Team Lotus in 2011.

The arrival of Mercedes’ solution in 2010 led to action from the FIA, amid concerns that, given how narrow the structure was, it might dig in to the ground on a soft surface if the impact was in the wrong place.

As a consequence, the designs that have followed have all had to have a much wider blade in order to comply with the regulations.

In all circumstances, the choice of a blade roll structure has been favoured over a traditional hoop owing to two factors: aerodynamic gains and weight. And it is the latter that is obviously a significant factor for teams that have battled to bring the bulk of their cars down in 2022.

In the case of the latest incident, the FIA will have access to G-load sensors, telemetry data and the actual car parts to fully understand what factors were at play, and if the blade style structure performed any differently to how a more regular roll hoop would.

It’s important to clarify that the design used by Alfa Romeo has passed the requisite crash tests imposed by the FIA. 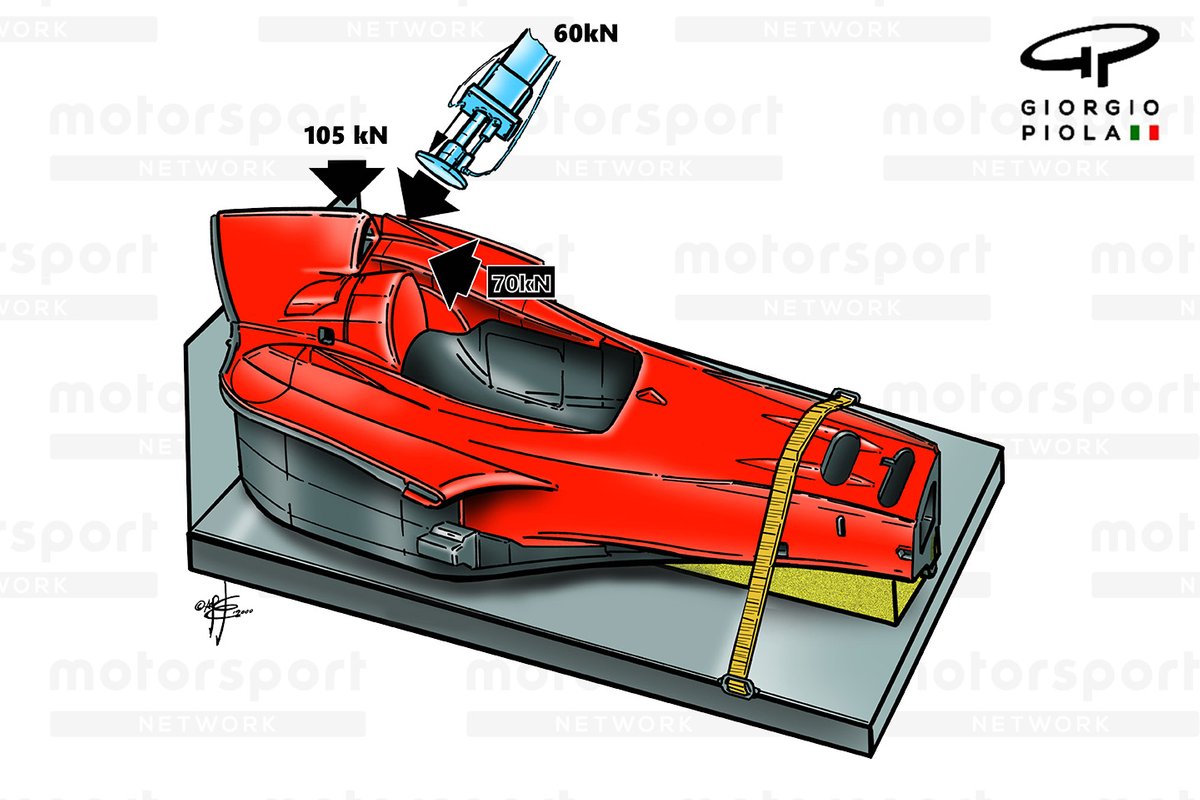 The requirements of the primary roll over structure are to sustain loads equivalent to 60kN laterally, 70kN longitudinally and 105kN vertically. All teams have to go through the crash tests on this before their cars are allowed on track.

One of the issues with Zhou’s incident is it’s a compound scenario of multiple and different impacts.

The roll structure has undergone a significant load in the vertical direction, as the car landed upside down. Then that was followed by a continuous longitudinal load as it scraped along the track.

You could argue, therefore, that it did its job completely in the first instance, with the nature of the accident then shifting more to reliance on the halo.

One aspect that could be considered for improvement is the way that roll structures are bonded to the chassis, and this is an important element for defining its presence and usage in a multiple impact crash. 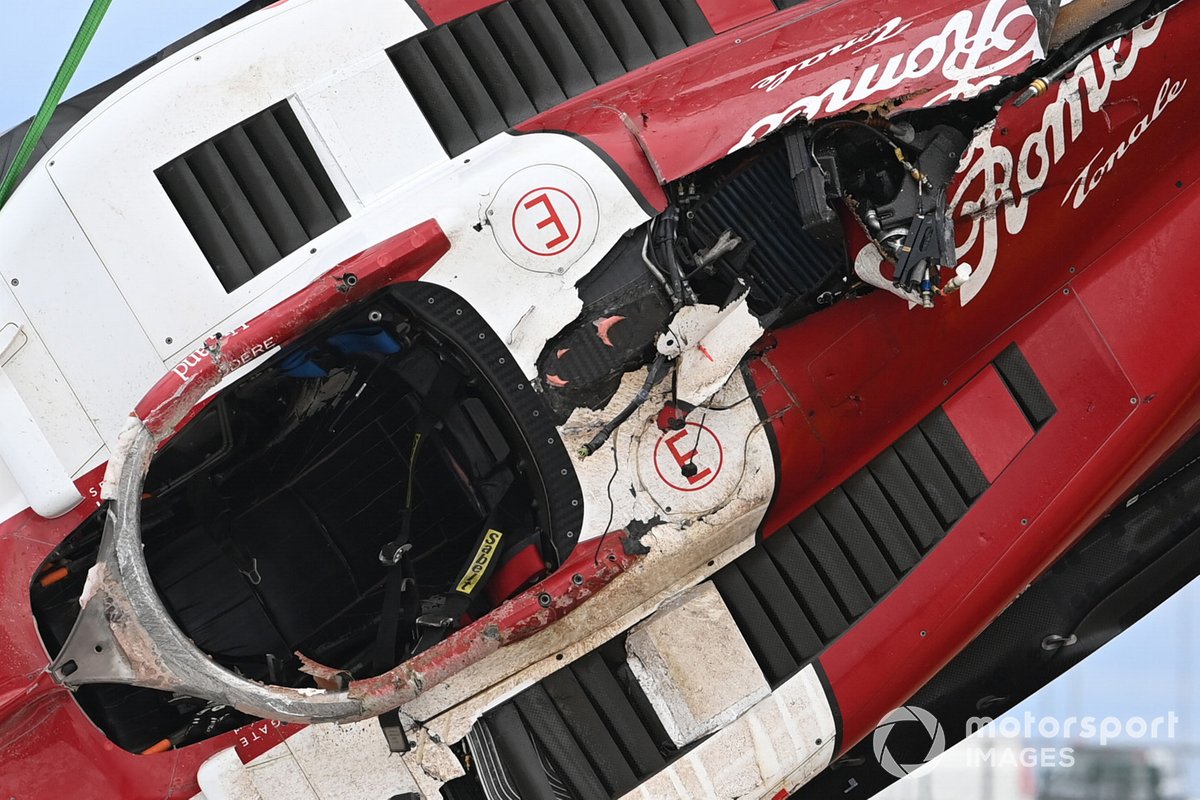