Despite its rebranding from Sauber over the winter, the team has kept the C-prefixed chassis designation used by its previous incarnation - meaning the 2019 design is the Alfa Romeo C38.

The livery is similar to the colour scheme used by Sauber last year, when it was already running with Alfa as its title sponsor.

Though the amount of Alfa's traditional red in the design has increased, but a large part of the front of the car remains white. 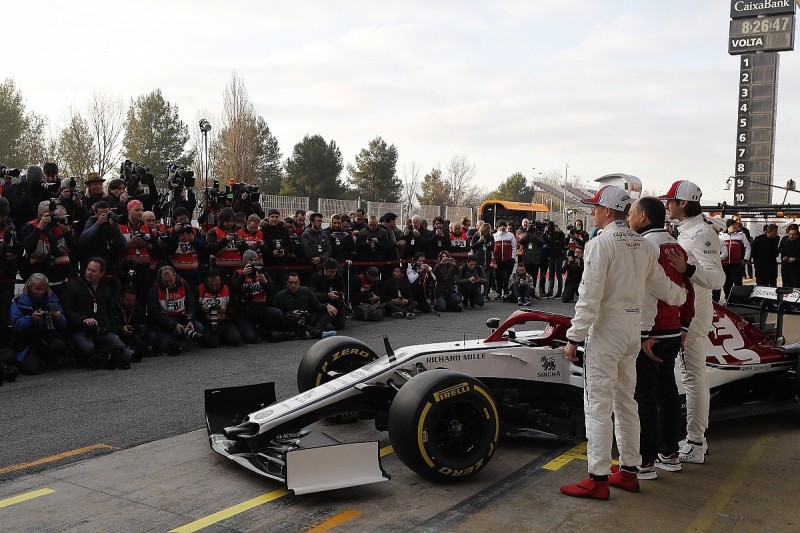 The C38 features an aggressive front wing design with the elements sloping down towards the endplate, plus an aggressive nose concept to help channel airflow.

For that first run, Sauber used a special camouflage 'love' livery to celebrate the test taking place on Valentine's Day.

Raikkonen will kick off testing for Alfa Romeo at Barcelona on Monday, before his team-mate Antonio Giovinazzi gets his first taste of the car on Tuesday.