Alfa Romeo unveiled the new C41 car in Poland on Monday, and will give the updated model its first on-track outing on Friday when it completes a shakedown in Barcelona.

With an overhaul of the technical regulations on the horizon for 2022, teams have been permitted to work on developing next year's car since 1 January.

Most have spent the winter trying to evaluate when to fully stop development of the 2021 car to shift focus to 2022, while teams such have Haas have hinted they will make the switch and cease development for 2021 as soon as possible.

Speaking at the unveiling of the C41 car, Alfa Romeo technical director Jan Monchaux said that despite the significance of 2022 in resetting the pecking order, the team was still planning some updates for the early part of the 2021 season.

"It's a great opportunity for us as a relatively small team to try and catch up with the rest of the field. So it's going to be a crucial year for us.

"With this in mind, and the fact that in 2021, for the first time, we saw the introduction of the budget cap, which means you can only develop with a given amount of resources and they are limited, it's a trade-off we have to do and every team will do between how much is spent on the actual car and how much we go to next year's car. 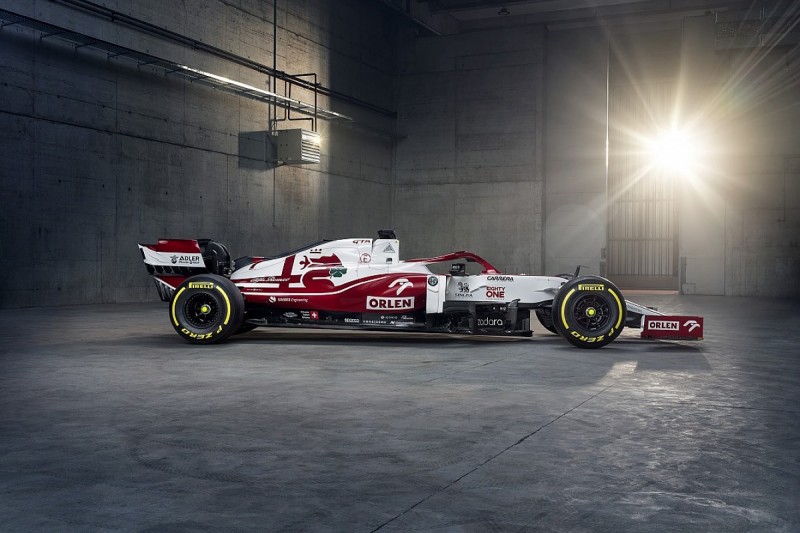 "I think every team will eventually be stopping earlier, the development of the 2021 car, to have maximum resources on next year's car.

"That doesn't mean we are not going to develop the car. We do plan to have evolutions in the first races, and are still working a little bit in the windtunnel on this car."

Monchaux explained that Alfa Romeo would then assess its performance through the early part of the season before deciding how long it kept working on the 2021 car before shifting focus to next year.

"We will see how the season unfolds, if we are forced to do a bit more than we were hoping, or if we can start a touch earlier," Monchaux said.

"But it's certainly going to be a different season, in terms of the race of the technical, as most teams will have an eye on 2022.

"Because of the budget cap, you simply can't afford to be developing two cars in parallel."

Alfa Romeo opted to spend its development tokens for the 2021 car on designing a new nose for the C41, as well as focusing on the front suspension and brake drums.

All teams have faced restrictions on what they can significantly develop for this year following the agreement to freeze certain design aspects in the wake of the COVID-19 pandemic.