Alfa Romeo is convinced it is not alone in suffering start oscillation issues with its Formula 1 car, as it thinks others are being hit by drivetrain problems too.

The Swiss outfit has faced struggles in the early part of the season trying to find a level of consistency with its getaways from a standing start.

While some of its starts have gone as planned, others are affected by a clutch vibration - which contributed to Valtteri Bottas slumping down the order off the grid in Bahrain after he'd qualified sixth.

Finding a solution to the problem isn't proving easy however, with Alfa Romeo technical director Jan Monchaux thinking that the problems are being triggered by a host of factors coming together with the 2022 cars.

“It seems many teams, apart from maybe two or three, are struggling currently with drivetrain oscillating at the start,” he explained prior to the Australian Grand Prix weekend on Thursday.

“It's not just us. When the cars are queuing and you look at them, you will see they're all vibrating a bit.

“It's something that is not going to be fixed very quickly, in my view, because it's the driveline, which means that it might be a topic of stiffness, weight, position of the clutch, new tyres, or a heavier car.

“At the moment it's a bit early to say and personally I have not yet fully got to the bottom of it. But there are ways to live with it.

“We've been able to do decent starts also with the oscillation and it just requires the driver to be a lot more gentle with the throttle and the clutch than maybe he would be in normal circumstances.” 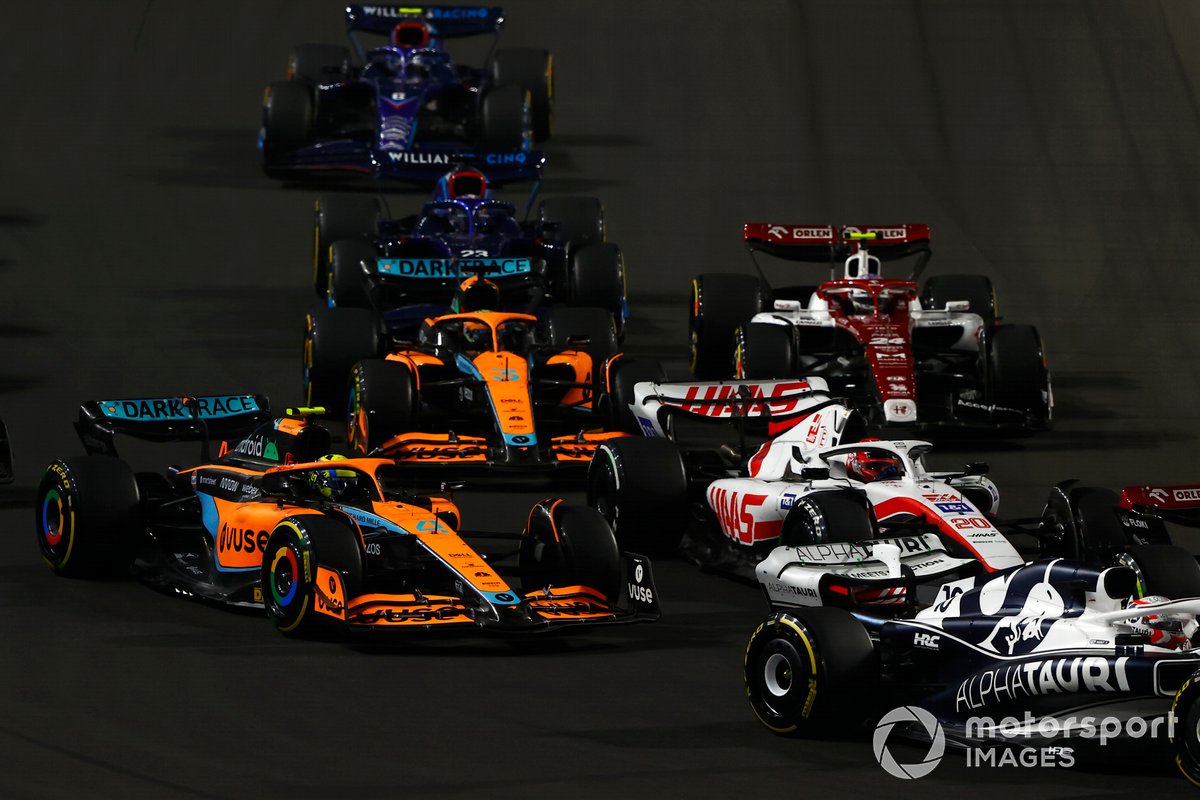 Alfa drivers have had to be careful off the line

While the start issues have delivered an early season headache for Alfa Romeo, the team has been buoyed by the overall competitiveness of its car.

Bottas has got into Q3 at both races so far this season, with the outfit looking like it is a contender at the front of the midfield pack.

Alfa Romeo has no doubt been helped by having produced a car that is close to the minimum weight limit, but Monchaux knows that it cannot sit back on its laurels on that front.

Speaking about the weight advantage his team has, he said: “I can't comment about the others but I hear a lot of people complaining they are overweight.

“We don't have those issues right now and it is helping [us] for sure because weight makes you slower. It is also helping us in terms of tyre management certainly.

“We are not talking about a 100 kilo difference, but for us for the moment, it's a plus.

“However, I guess no later than Barcelona, most of the teams will have been recovering from it, so we can't just relax on it and say: ‘Yeah, fine, we've done our homework,' because the others are going to catch up.

“The advantage is that right now, we can focus at home on bringing performance and not on top of bringing aero performance trying to shave weight from the car, because that's quite a complicated exercise during the season.

“It's also very expensive. So in itself, it's better in terms of cost cap to be in a situation where you don't have to spend a fortune in shaving 3/4/5 or 10 kilos from your car, which is always very, very painful.”