Bottas joined Alfa Romeo for 2022 after spending five seasons with Mercedes, and has quickly embraced the team leader role for the Swiss-based squad, scoring 41 of its 46 points this year.

Bottas and rookie team-mate Zhou Guanyu formed an all-new line-up for Alfa Romeo in 2022 after Kimi Raikkonen retired from F1 and Antonio Giovinazzi was dropped by the team.

Alfa Romeo F1 chief Vasseur said he thought it was “the right moment” for the team to refresh its line-up, noting the opportunity it offered to Bottas in particular after five years at Mercedes.

“I know Valtteri pretty well, and he was coming with a mega huge experience from Mercedes.” Vasseur told Autosport.

“It was also a good restart for him, getting a new challenge, and he took it like this. It was the right approach for us.

“For sure, it’s a new challenge [under the 2022 regulations]. But this was true for everybody on the grid, because we knew that we would start a new three-year period and start is important.” 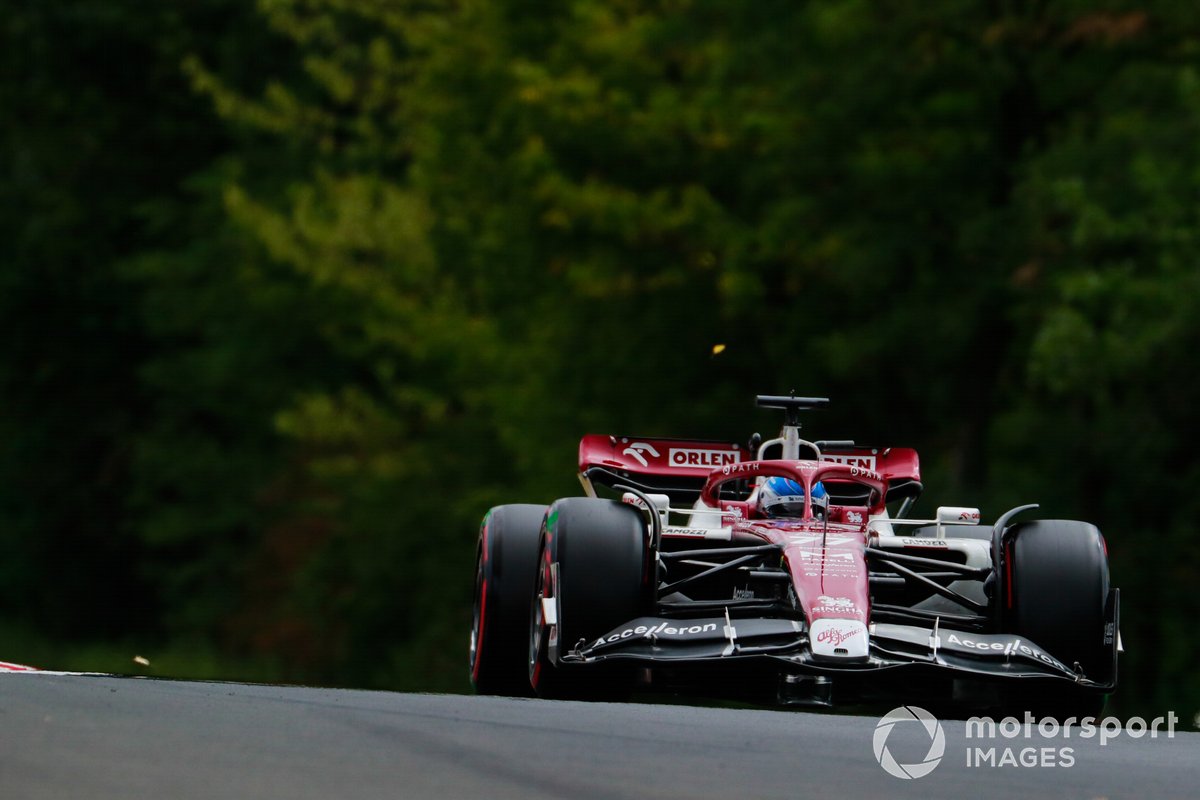 Bottas told Autosport in an interview ahead of the summer break that 2022 had been “probably the most enjoyable” season of his F1 career to date thanks to the stability offered by his multi-year F1 deal.

Alfa Romeo has seen its fortunes take an upswing this year after struggling towards the back of the field through 2020 and 2021. Both Bottas and Zhou have been able to regularly fight for points, helping lift the team to sixth in the constructors’ championship.

Vasseur felt it was “very difficult to isolate the reason” for Alfa Romeo’s struggles, but said the decision to make an early switch to the car for 2022 had clearly paid off.

“It’s true, we had two quite difficult season. We paid a lot of attention to the preparation for 2022. I think this, at the end, put us in a good position for the season.”

Zhou was able to score a point for Alfa Romeo on his F1 debut in Bahrain before recording a best finish of eighth at the Canadian Grand Prix in June.

Although Vasseur acknowledged Zhou was “a bit lucky” to join the team as it rediscovered its form, he hailed the team player approach the Chinese driver has adopted.

“Zhou is a very team-oriented guy. I don’t know if it’s culture, but he’s always thinking about the group, about the team, and the collaboration with [the drivers] is mega.”