Alfa Romeo Formula 1 chief Frederic Vasseur says the team has cleared the air with Antonio Giovinazzi after he disobeyed a call to let Kimi Raikkonen pass in Turkey.

Giovinazzi was given the call to let Raikkonen pass him in the closing stages of the race two weeks ago at Istanbul Park after being quickly caught by his Alfa Romeo team-mate.

But Giovinazzi did not move aside for Raikkonen as he pushed to catch Esteban Ocon for the final point in P10, falling 0.8 seconds short at the chequered flag. Alfa Romeo head of track engineering Xevi Pujolar said after the race Giovinazzi had “himself decided that he wanted to stay ahead”.

Team principal Vasseur discussed the incident on Friday ahead of the United States Grand Prix, saying that Giovinazzi had been too conservative in his approach late on, but he did not wish to place blame.

“At one stage Kimi pushed more, and we thought that we were able to keep the tyres, and we asked Antonio either to push or to let him go,” Vasseur said.

“He was probably too conservative, but I don’t want to blame him. But we had the discussion.

“He was a bit lost with the quantity of the attack he has to do, that for sure he could be much faster. And he was too conservative.

“We lost the points, clearly, but I don’t want to blame Antonio that we had the discussion. I think he was sticking to the plan and when we had the window to push more, he took two or three laps to understand that he could push more. It is like it is.”

Asked if the team had cleared the air with Giovinazzi, Vasseur replied: “Yes.” 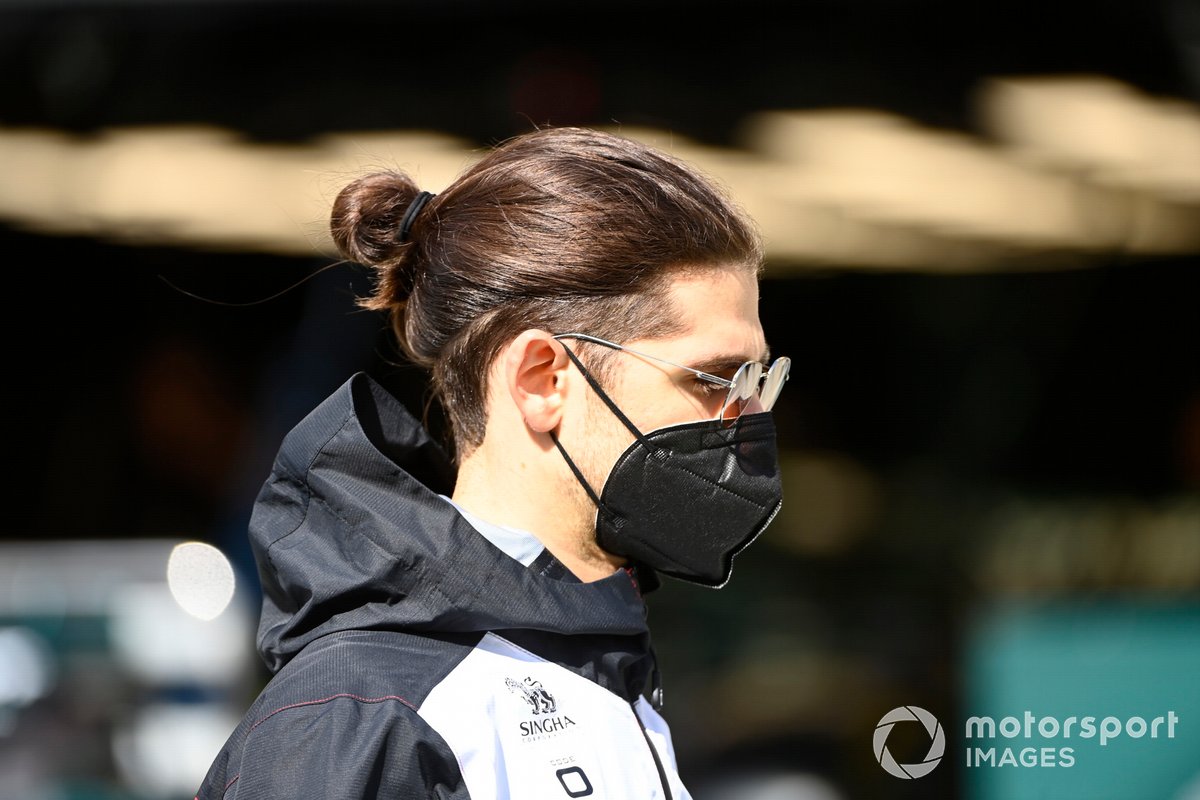 Giovinazzi’s future with Alfa Romeo remains unclear beyond the end of the season as the team continues to weigh up driver options to partner Valtteri Bottas in 2022.

Guanyu Zhou was understood to be leading the chase for the seat, but the possibility of an Andretti takeover of Sauber - which runs the Alfa team - has led to uncertainty over how the team will proceed for the second seat.

Giovinazzi said on Thursday in Austin that it was “not ideal” to not know if he would be staying at Alfa Romeo for next season, accepting there was “some pressure on me”.

Vasseur shied away from commenting on the situation surrounding the ownership of the team, but said it was “not in a rush” to decide on the second seat.

“We have a couple of options and we will take a decision soon,” he said.