Verstappen made a poor start from fifth on the grid and both Raikkonen and Sergio Perez pulled ahead of him on the run to La Source.

The Dutchman took the inside line and made contact with Raikkonen's right rear wheel, pitching the Alfa onto the air in an incident that was similar to one involving the same drivers in 2016 when Raikkonen was at Ferrari.

The contact led to Verstappen's retirement immediately afterwards when suspension damage led to him going straight on at Eau Rouge.

Raikkonen was forced to make two stops under the safety car, and while he was able to rejoin the pack his race was compromised by bodywork damage and he eventually finished 16th.

"I don't know what happened with Verstappen," Vasseur told Autosport.

"But he came from nowhere, he was even behind Perez before the braking.

"He tried to get two cars in the first corner, and it's stupid because in Spa you can overtake and you have room to do something. We are not in Budapest or in Monaco.

"The car was completely damaged, we were missing half of the floor." 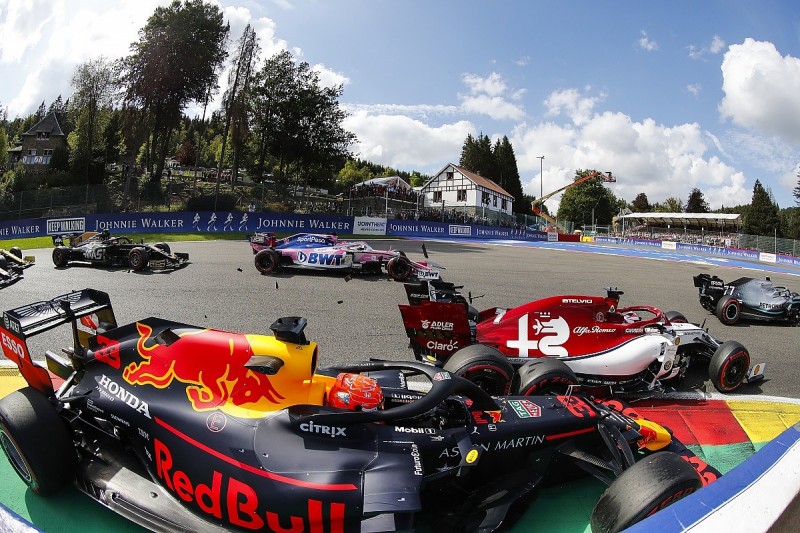 The FIA stewards deemed that it was a racing incident, taking no action.

"It was looked at," said race director Michael Masi. "Obviously we had the safety car immediately but once that got cleared, we looked at it and it was determined that it literally was Turn 1, lap one, racing incident. No further action."

Verstappen was adamant that he was not at fault, although he did not blame Raikkonen either.

"Well, first of all a bad start," he said. "I don't know why, but we had a little wheelspin.

"And after that I just tried to keep to the inside and I think Kimi just expected that he was completely in front of me.

"Of course I braked a little later than the other two, but it was still very early. He went on to do his normal line and I couldn't go anywhere."

Asked if he saw it as a racing incident he said: "Yes, I think so, in the end. He didn't do it on purpose, of course."

Red Bull boss Christian Horner defended his driver, pointing to his finishing record over the past year. 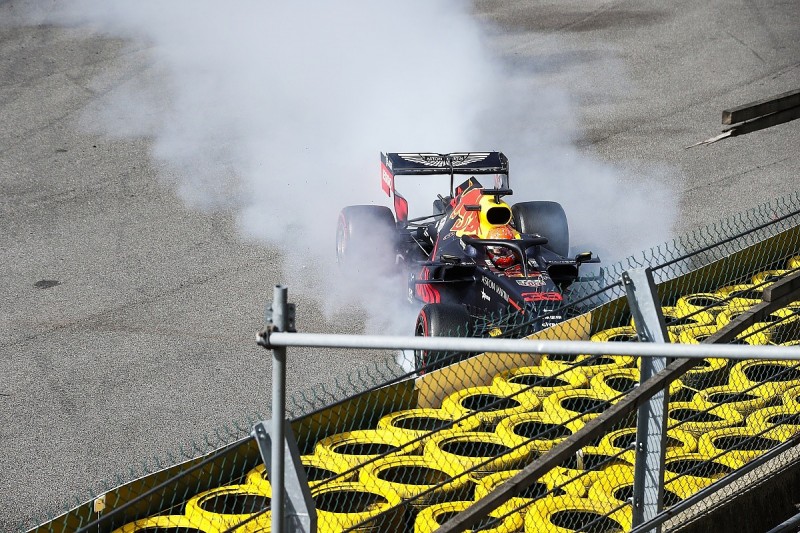 "Max remarkably has had a run since Hungary last year where he's finished top five in every grand prix," he said.

"It was almost an action replay of the incident here in 2016 with Kimi again. Maybe it's a blind spot for Kimi!

"It's a racing incident. He's gone in low, I don't think Kimi knew he was there.

"The problem is we'd had a poor start. At that point you're in the pack and unfortunately it's bitten us today."

Speaking to the media before viewing a replay, Raikkonen said he had not seen Verstappen on his inside.

"I was suddenly on two wheels," said the Finn. "Obviously I haven't seen it, so it's a bit hard to say.

"I was concentrating on slowing down because the Mercedes took a tight line so I had to slow down a lot. Honestly I didn't see him.

"It's a shame because we would have had a lot of speed. There was too much damage. We still tried and finished the laps off."

Alfa's day was made even more frustrating when Antonio Giovinazzi crashed out of ninth place - which would have become eighth after Lando Norris retired - on the penultimate lap.

"He would have been easily P8 so it was a huge shame," said Vasseur.

"It would have been much better to arrive in Monza with more confidence and more points.

"It's really a shame because we could have had the two cars into the points."