Albon had costly incidents in Singapore and Russia before arriving in Mexico City, where an incident in FP2 forced Red Bull to change his chassis for Saturday, which also cost him a lot of track time.

But despite the knocks to his confidence, Albon insisted he has been able to bounce back.

When asked about the incidents by Autosport, he said: "To be honest, it sounds bad, but I crashed in the Toro Rosso as well!

"I am pushing, maybe too much sometimes. And that's kind of the price really.

"What is important is just how I recover, and so far that's been OK.

"It is not nice and does dent my confidence going into the next day, but it seems to not affect me too much. On that side, I am quite happy with the bounce back." 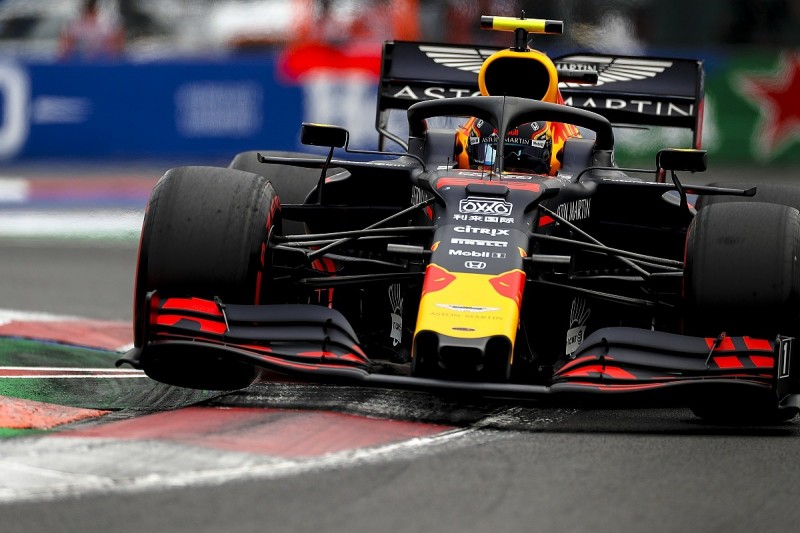 Albon also claimed he has not faced any pressure from his bosses at Red Bull despite the string of incidents.

"To be honest, it's been OK," he said. "They've been very much supportive, actually.

"They know I'm trying, and the crashes I have had, it's not been slow and crashing, it's been pushing crashing.

"Of course it is not ideal, and I think that experience and not knowing the car can contribute to that.

"For the meantime, anyway, it's been all OK."

Albon recovered from his crash on Friday to qualify fifth, but he admitted that the lost track time had been expensive.

"It was reasonable," he said, assessing his qualifying performance.

"But looking at it, we missed FP2, FP3 wasn't even a proper session, so a lot of the stuff I was driving on was from FP1.

"Of course, very limited track time at a new track wasn't ideal, but actually coming into Q1, I felt pretty good and the lap in Q1 was pretty strong and then just got away with it a little bit.

"Q2 and Q3 I struggled a bit more with the car, little things, but at the front it was pretty tight.

"It's just one of those things really. When the track starts to ramp up, when you're pushing that little bit more, it got away from me a little bit, but that's pretty much what a lack of track time does to you.

"Obviously, we couldn't adjust many too things, we couldn't go into the unknown, so that was pretty much it."