Alex Albon feels FIA stewards' "moving goalposts" make it hard for Formula 1 drivers to know what the rules are, following an "unfair" penalty in the Austrian Grand Prix's sprint race.

At last week's British Grand Prix drivers were fighting on the limit for large spells of the race with little intervention from the FIA stewards, even though several drivers forced others off the circuit.

The belts were tightened in Spielberg's sprint race on Saturday, with Williams' Albon being penalised for pushing McLaren's Lando Norris off track on lap four of the 23-lap contest.

Albon felt his five-second penalty was unfair as he rued the "moving goalposts" that continue to leave drivers in the dark about what type of defending is allowed, a matter which was among the topics discussed in a heated drivers' briefing in Austria.

"We had a long chat in the drivers briefing about this kind of stuff," Albon said. "And you've seen it tends to be when people complain about a decision, the next race becomes extra tough on that decision, whatever it may be.

"We've talked about let them race after Silverstone and then we can't race in Austria. It's a moving goalpost for us. We don't really know what we can and cannot do.

"It's tricky, because I do feel that obviously the FIA are learning what they want to be doing with the driving and until they find it, there is a bit of inconsistency.

"I'm sure we'll have a chat again in the drivers briefing next race and the goalposts will move again." 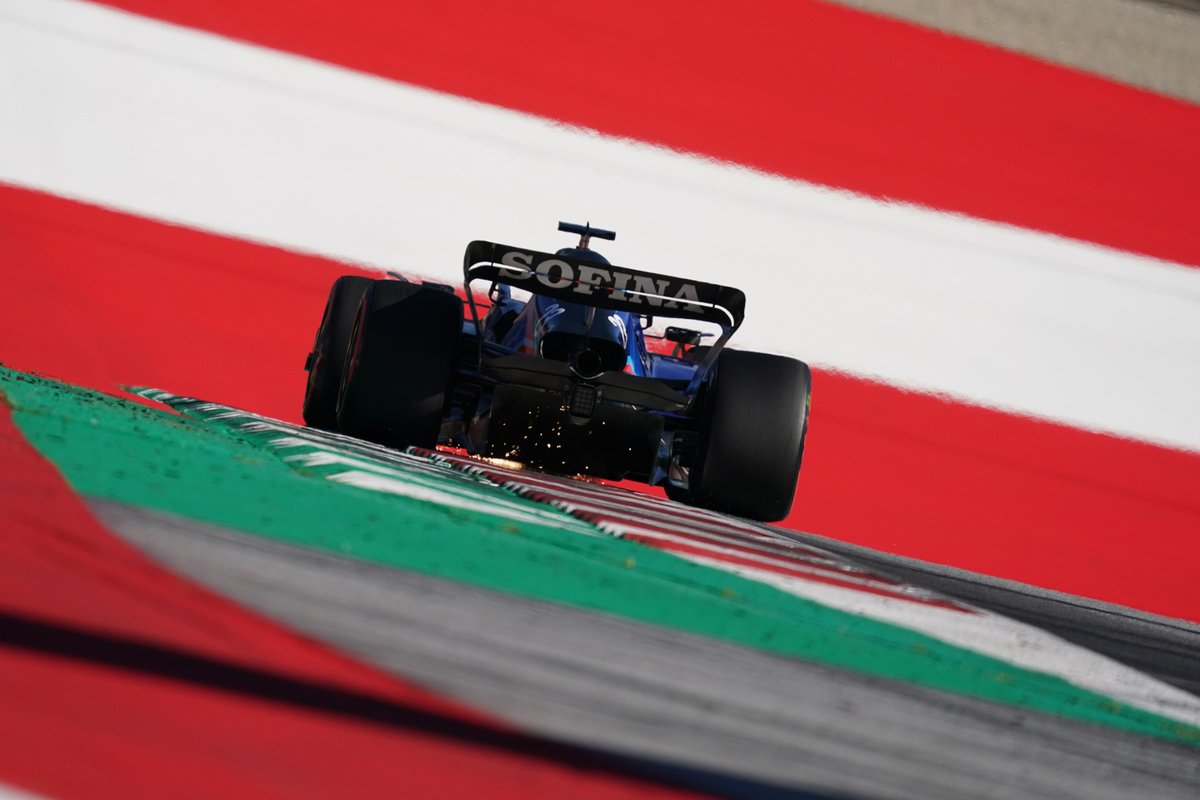 Albon explained that his Turn 3 clash with Norris was the result of him facing understeer due to dirty air as soon as Norris moved past on his outside, which he said was a bigger issue in the struggling Williams than in other cars.

"Unfortunately, we are quite sensitive on the aero, especially on the front, and when a car goes around the outside, that's it," he said.

"I would have easily made the corner if I was in front, but just with how much later he braked I caught the dirty air almost in the middle of the overtake. And you saw we were struggling out there today, we didn't have much grip.

"I understeered wide, but there was no attempt to push him wide. It was just the limitation of what we have. It is hard for us to battle around other cars.

"Obviously, I'm gonna say it's an unfair penalty, because I am not that kind of driver. I'm not trying to force anyone off the circuit."

Albon pointed out his clash with Sebastian Vettel on lap 11 was the result of a similar loss of front grip.

Vettel attempted to pass him around the outside of the Turn 7 left-hander, and while the German just about left enough space on his inside, Albon struggled to hug the apex in the wake of the Aston Martin, which caused him to understeer and tap Vettel into the gravel trap.

"It's the same thing. It's hard because you brake as late as you can but then when a car brakes even later, and then around the outside, they're putting a lot of trust in your car.

"So yeah, it's one of those things and Seb understands that."

He added: "I think there needs to be a little bit of forgiveness and understanding as well. You know, we're not all driving the same cars out there.

"I feel like we've got hard done by. Now we've lost three, four positions there and for the main race, and I don't think it was deserved."

Haas: Keeping Schumacher behind Magnussen "the right thing to do"