Albon was involved in a massive multi-car pile-up at the start, which saw Alfa Romeo's Zhou Guanyu roll into the catchfence after sliding across the run-off inverted.

Albon was the other main victim after being tagged from behind by Sebastian Vettel as cars were taking avoiding action.

The Anglo-Thai suffered a hard head-on hit with the pitwall and was transported to a Coventry hospital for precautionary checks.

Albon was released without injuries later on Sunday night, but question marks arose over whether he would be able to continue running the latest update Williams had produced for Silverstone, with a short turnaround to the double header in Austria, which also features a sprint race.

But Williams' head of vehicle engineering Dave Robson has now confirmed that the Grove outfit has managed to repair or replace the relevant parts, so that Albon can continue running the latest spec. 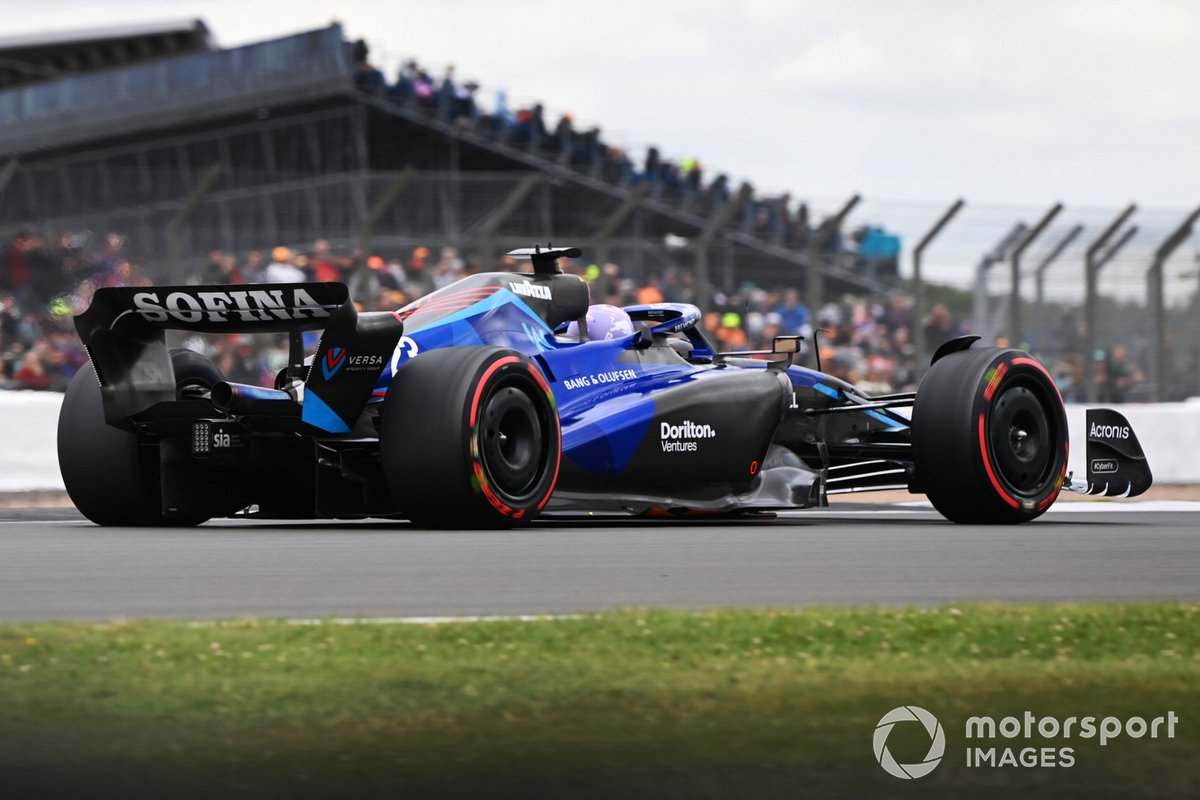 "However, we have been able to repair or replace much of Alex’s car such that we can continue to understand the updates during FP1 on Friday.

"There is very little time to change the car before it passes into parc ferme at a sprint event and so we will need to be bold going into FP1 if we are to continue to push the performance."

Albon praised the team for getting his updates ready for this weekend and hopes the team will be able to make good progress on understanding them.

Not only did Albon miss out on an entire race distance worth of knowledge and data on the upgrades, but most of British Grand Prix practice and qualifying being run in the wet further complicated any data gathering.

"It’s obviously disappointing we didn’t get to properly test the new upgrade last week, however looking forward to Austria, I know the team has been working hard to make the repairs, so we’ll be ready to test it further and gather more data," Albon commented.

"With the sprint race it does limit our practice time, but it will be good to get back out there and see what we can do with the car."