Alex Albon believes the 2022 Williams Formula 1 car has balance weaknesses that “aren’t so clear” to fix as the team prepares to introduce a major update package.

Williams has struggled to compete with the rest of the midfield on a regular basis so far this season, leaving it at the foot of the constructors’ championship ahead of this weekend’s British Grand Prix.

Albon has scored all three of Williams’ points this year, finishing 10th in Australia and ninth in Miami after capitalising on opportunities that fell the team’s way.

Team-mate Nicholas Latifi recently opened up about the “fundamental” struggles he has faced with the Williams FW44, which is yet to receive a sizeable update so far this season.

A package is planned for the coming races and could arrive as early at this week at Silverstone, but Albon felt it was not clear how to address to struggles the team is currently facing.

“Everyone has been upgrading, and we haven’t had a major upgrade in a while, so there’s that side to it,” Albon said.

“Balance-wise, we have weaknesses in the car, which aren’t so clear to be able to fix with what we’ve got right now, with updates.

“Most things are predominantly down to the through-corner characteristics of the car. Hopefully [the updates] will put it in a better window, but until then, it does make things tricky.

“Depending on the circuits, for instance [in Canada], you’ve got the high-speed chicanes, but then it’s hard for us to find a good compromise through the lap. It escalates.” 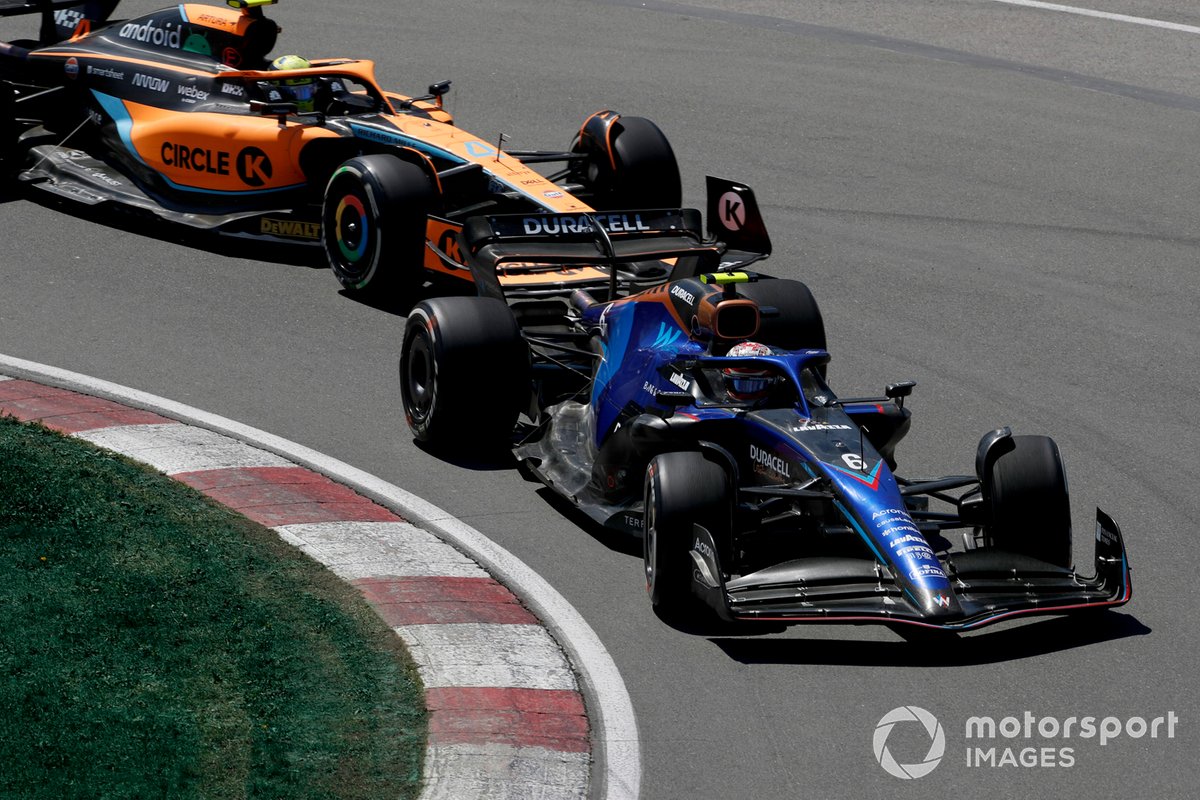 Williams has got a car through to Q2 on just two occasions this season, both courtesy of Albon in Bahrain and Canada, and is now 12 points adrift of ninth-placed Haas in the teams’ standings.

Team principal Jost Capito said over the Canada weekend that Williams was “working hard” to get the update package - which is set to be “visibly different” - ready in time for the British Grand Prix.

“We see the results from CFD, wind tunnel, and the simulator, but we have to see how it proves on track,” Capito said.

“If we can replicate what we see in theory, then we should make a step forward.”