Williams driver Albon fell ill on the Saturday of the Italian Grand Prix, requiring immediate surgery for appendicitis before complications led to respiratory failure. He was ultimately discharged a few days later and returned to racing at the Singapore Grand Prix.

Albon said in Singapore that he was “fit as I can be” and pain-free to return, albeit at one of the most physically-challenging races on the calendar, which was followed by another tough race at Suzuka one week later.

Asked by Autosport following the end of the season in Abu Dhabi if he had got back to 100% fitness since Monza, Albon said: “I would say [I need the] winter to get to 100%.

“We didn’t have the time to train to really get back that fitness, so yes.

“But realistically speaking, Singapore was tough, Japan was 75%, and after Japan, I felt pretty good.”

Albon returned to F1 full-time this year with Williams after spending 2021 in a reserve role at Red Bull, and led the British team’s efforts throughout the year. 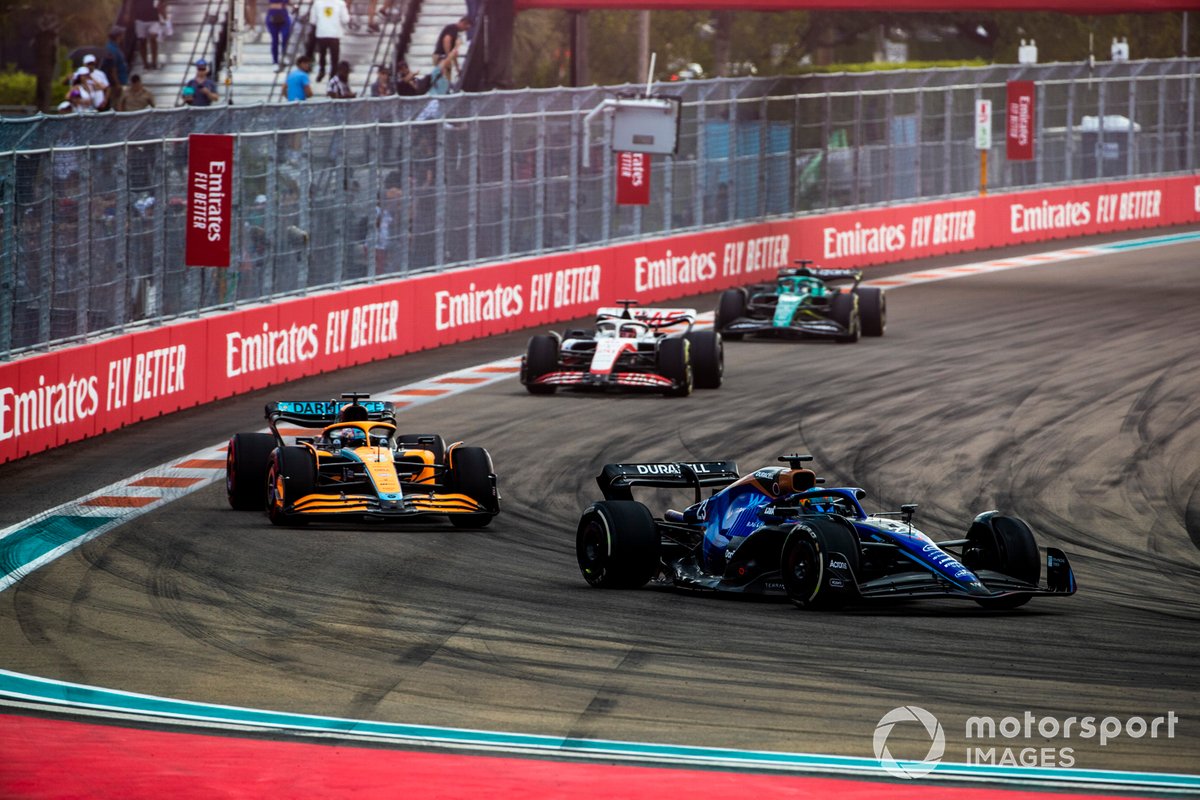 The Anglo-Thai driver scored three of its five top-10 finishes, including runs to ninth in Miami and 10th in Australia with an audacious strategy, making up for its lack of performance compared to the teams further ahead.

But Albon felt that being fit for Monza was the biggest opportunity he missed this year given how well-suited the FW44 car was to the high-speed layout. His stand-in for the race, Nyck de Vries, finished ninth.

“I feel like the biggest one was being healthy for Monza, that would have been my main points opportunity,” said Albon.

“Other than that, I’m not sure. I really do feel like in the moments where we’ve had the chance to score points, we have.

“Unfortunately that’s where we are this year. It’s been a year where we’ve had everything to go perfectly for us, a bit of fortune as well, and that gets us into the points.

“We don’t want it to happen next year. We want to work hard, really nail the balance issues we’ve been having this year, and if we can get on top of that, I feel like as a team, we seem to be maximising our opportunities. That’s good.

“I feel like that shows we’re operating in the correct way. If we get a better car, we’re going to be fighting for better opportunities more consistently and scoring more points.”