Attempting to tee up a move on Stroll towards the end of the race at Jeddah into Turn 1, Albon dived down the inside of the Aston Martin driver in a bid to move up to 11th place at the start of the 48th lap.

But Albon, who had not been able to get fully alongside Stroll into the corner, speared into the Canadian driver's sidepod with his right-front tyre then taken off its rim by Stroll's car, leaving the Anglo-Thai driver out of the race.

Stroll was hence tapped into a spin at Turn 2, but was able to get back on track and complete the race - albeit last and a lap down on winner Max Verstappen.

As a result, Albon was deemed to be at fault for the incident and as such has been handed the aforementioned three-place penalty on the grid for the next race at Albert Park.

The FIA stewards' document read: "The Stewards heard from the driver of Car 23 (Alexander Albon), the driver of car 18 (Lance Stroll), team representatives and examined video evidence in relation to the collision.

"Car 23 was attempting to overtake Car 18 on the inside by braking late. In executing the overtaking manoeuvre, Car 23 locked up and collided with Car 18 at the apex of the corner. We determined that Car 23 was wholly or predominantly to blame for the collision." 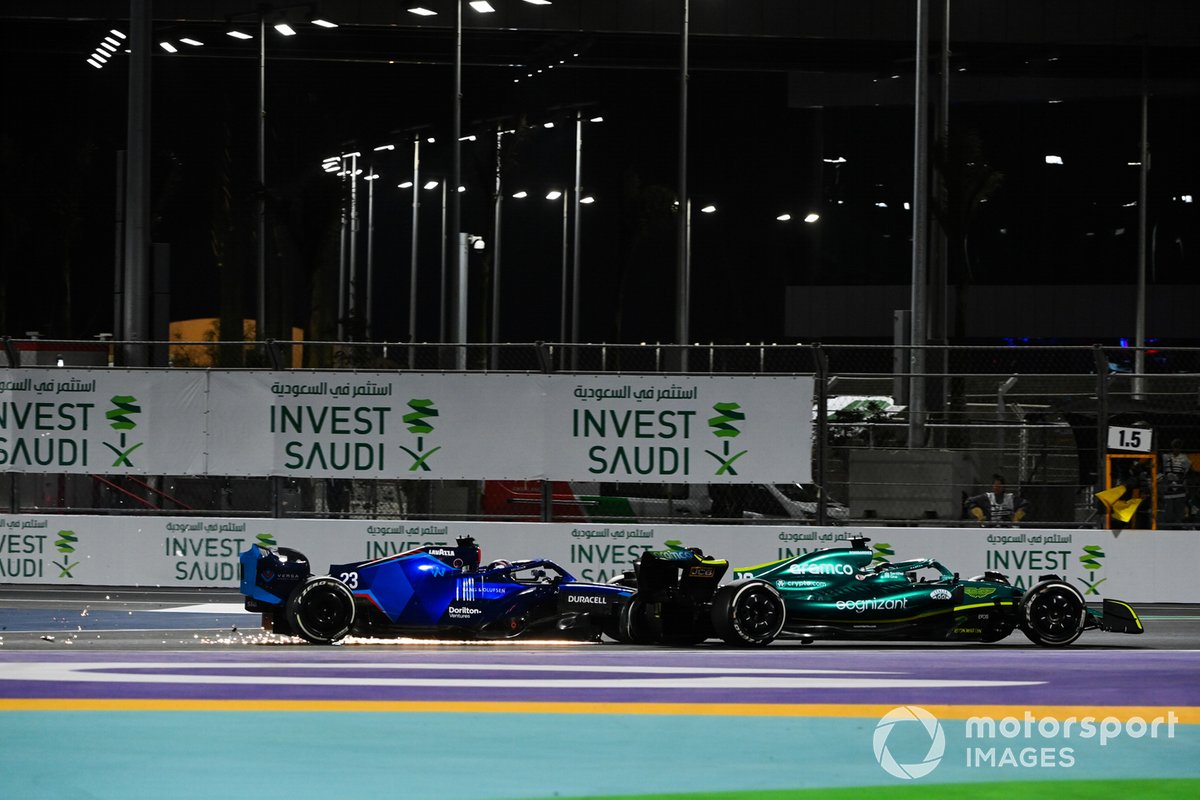 Albon has also been handed two penalty points on his superlicense, which was previously clean owing to his season away from F1.

Although classified having completed over 90% of the Saudi Arabian GP's 50-lap distance, Albon was the second Williams not to complete the race after his team-mate Nicholas Latifi produced the safety car following his lap 15 crash.

Williams and Aston Martin are the sole two teams yet to score a point in 2022, following McLaren and Red Bull both troubling the scorers after missing out at the Bahrain season-opener.

Leclerc: Not "much more I could do" to win F1 Saudi Arabian GP