With no in-season testing this year, opportunities for rookies are rare, although one day has been set aside for them after the last race.

Williams is the first team to make a commitment to using an FP1 session for a young driver in 2020.

Campos FIA Formula 2 driver Aitken has tested for Renault in the past, running a full day in Barcelona in 2018, and then two more at the Spanish venue and in Bahrain in 2019, but he has not yet driven the current Williams.

The Grove team's head of vehicle performance Dave Robson explained plans for the Friday of what will be the second part of F1's first double-header weekend.

"If the weather allows, then this will be a rare opportunity to test some alternative approaches over a full race distance," said Robson. 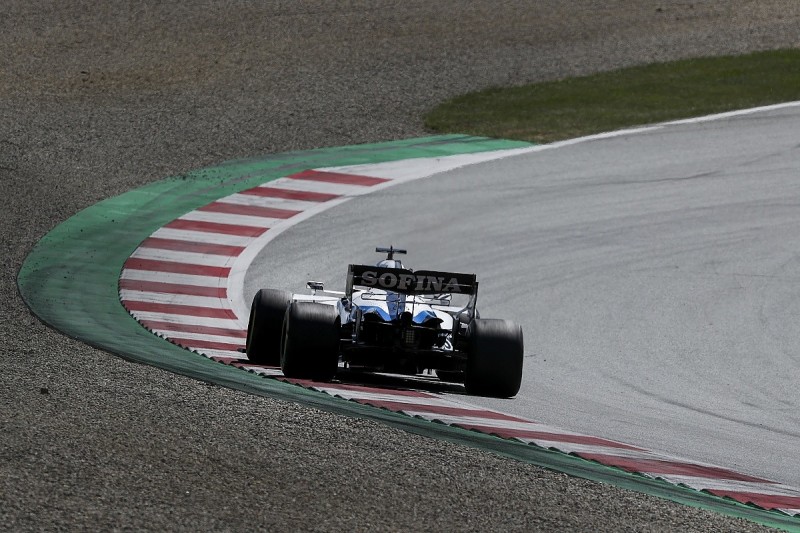 "On Friday we will also give Jack Aitken his first experience of the FW43 as he drives George's car during FP1.

"Jack has been working hard with the engineers in Grove and we are looking forward to working with him at the track as we continue with our intensive test programme."

It's a clever move by Williams to give Aitken a chance to get up to speed so early in the season, given the fact that Russell won't lose out much, having already run a full weekend at the Austrian venue.

In addition the potential for a positive COVID-19 test to put a race driver out of action makes it even more important for a reserve to be familiar with the car.

Aitken ended the feature F2 race at Austria in 15th and was eighth in Sunday's sprint race.

Williams endured a tough Austrian Grand Prix, with a mechanical issue forcing Russell to park up in the latter stages, while rookie team-mate Nicholas Latifi ended up without a point on his debut as last of the remaining 11 runners.