But Grosjean came through the field after a qualifying spin to finish eighth from 14th on the Interlagos grid, after Felipe Massa's exclusion.

"It has been a very tough weekend for Romain, obviously, but for all of us too.

"What happened in Paris was very sad, very scary, and we've all had a very strange weekend.

"Romain managed to keep his head together because he was obviously affected - is affected.

"It affected me, all the paddock, so you can imagine for him how difficult it has been, especially being French."

Gastaldi added Grosjean could not help but show emotion at times, despite his professionalism.

"We have to remember we are only human beings and this is only motor racing," he said.

The Paris atrocity also weighed heavily on World Rally champion Sebastien Ogier as he contested the season-ending Rally GB over the weekend.

Ogier and co-driver Julien Ingrassi intimated they had to think hard about whether to continue in the event after news of the attacks broke.

They went on to claim victory, but in lieu of celebrations at the finish simply displayed a French flag across their car.

"We would like to dedicate victory at the Rally Wales GB to the victims of the horrific terror attacks in Paris," said Ogier.

"For us personally, this is also a symbolic gesture that we must not give up or give in to a small minority.

"I think this sentiment has been expressed by the entire WRC family." 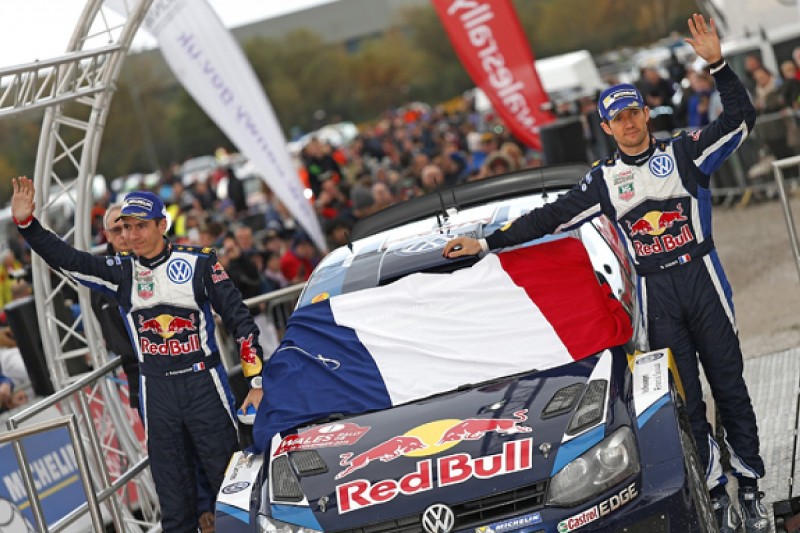