Hamilton set the fastest lap of the weekend so far to end up 0.273 seconds ahead of team-mate Valtteri Bottas at the chequered flag.

The hour-long daytime session was incident-free for the most part but featured a memorable virtual safety car interruption midway through, initiated after wind had left an umbrella on the racing line at the Turn 8 left-hander.

Ferrari's Kimi Raikkonen set the early benchmark in the session with a 1m38.999s on ultra-softs - and despite the Finn having locked his left front tyre on the entry to the Turn 7 hairpin, neither team-mate Sebastian Vettel, nor Bottas could surpass him with their first attempts.

Yet Hamilton could, logging a 1m38.702s on his first try to go top. Bottas then went 0.065s quicker, but the 2017 champion strung together three session-best sectors in response for an overall lap time of 1m38.159s.

He then tried two more flying laps on the same set as the session approached halfway point but couldn't improve, his earlier lap still enough for him to end the run half a second in the clear.

When the frontrunners went out again, having bolted on new ultra-softs, Raikkonen reclaimed the top spot for Ferrari by just 0.002s - with Vettel then slotting in 0.017s behind.

But Hamilton responded again, producing a 1m37.627s lap that surpassed the weekend benchmark the Brit himself had set in the twilight practice session on Friday.

Bottas, who narrowly avoided a major off at the final corner, then slotted into second - and with no further improvements within the top four, Raikkonen and Vettel were left half a second off the pace in third and fourth at the flag.

Daniel Ricciardo led the way for Red Bull in fifth, 0.713s off the pace and two tenths up on Max Verstappen, his team-mate audibly frustrated by the handling of the RB13.

The two McLarens led the midfield pack, Fernando Alonso ahead of Stoffel Vandoorne in seventh, with Renault newcomer Carlos Sainz Jr and Force India's Sergio Perez making up the top 10. 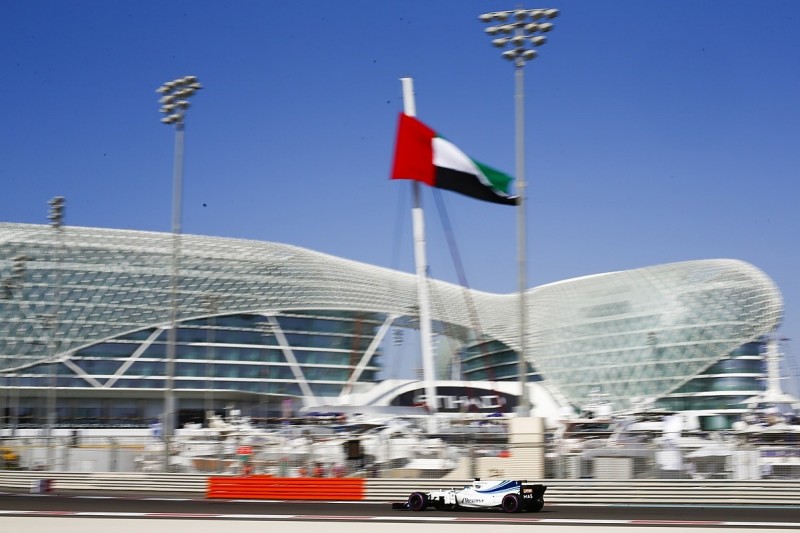 Williams driver Felipe Massa ended his final practice session in F1 in 11th, more than a second ahead of team-mate Lance Stroll.

Toro Rosso, narrowly ahead of Renault and Haas in the fight for sixth in the constructors' standings, had a rough session - with Pierre Gasly only 18th and Brendon Hartley, who will be taking his fourth grid penalty in four F1 races, last.