Representatives of his Lotus team were summoned to see the race stewards in Abu Dhabi after it was found that Raikkonen's car did not conform to the regulations.

The left hand side of the floor was found to deflect more than the permitted 5mm vertically when the testing load was applied to it.

Investigations by Lotus found that the issue had been caused by a broken floor due to kerb damage, but the stewards did not accept the explanation.

He has been excluded from qualifying but will be allowed to start from the back of the grid.

A statement issued by the FIA said: "The stewards heard the explanation of the team that the relevant part broke upon contact with a kerb.

"However, the stewards did not accept that the incident referred to constituted an accident, or excused failing the relevant test."

AUTOSPORT understands that the stewards did not accept the explanation, unlike when there was a similar situation with Romain Grosjean in Hungary, because it did not feel that the incident at Turn 3 where Raikkonen ran off the track and broke the floor should be considered as accidental damage. 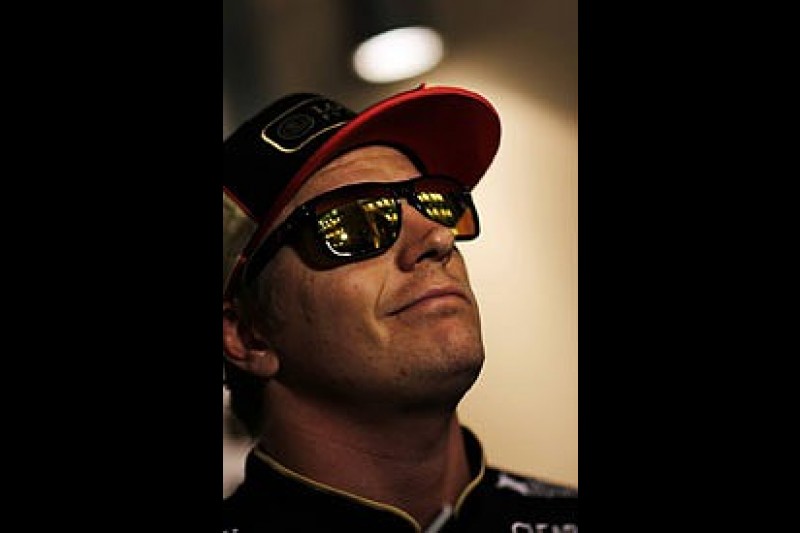 Raikkonen's penalty means that he will not be able to take up his best grid slot since the German Grand Prix in July, having qualified fifth.

"The team respects the stewards' decision," team principal Eric Boullier said. "No advantage was sought or gained in the incident and the relevant part has been replaced.

"We've seen what Kimi can do to work through the field when he needs to and we are going all out for the strongest result possible."

For the Abu Dhabi weekend Raikkonen has reverted to the shorter wheelbase version of the E21 after feeling that the longer version did not suit his driving style.

"We wanted to do it in previous races already but some races we could not," said the Finn. "I was told it was maybe an area where I can get the car like I want, so it has been OK.

"I think it doesn't need to be a big change, but if you get the front end as I like it, then I can drive normally and everything comes more to like it should be. At least here today was not too bad."