The Woking F1 team was set to conduct the first proper running of its new engine at the Yas Marina circuit, having carried out an initial run at a Silverstone filming day earlier this month, but the need to check the car for electrical safety kept the MP4-29H confined to the garage.

"We are triple checking some electrical issues we may have with the [battery] particularly, which is a part we have built as McLaren," explained racing director Eric Boullier.

"We just want to be very careful. At a minimum you may burn the [wiring] harness, but you could also damage any ECUs.

"Running F1 cars is not anymore like the old days when you just turned up with a starter and fire up and go.

Boullier revealed McLaren plans only to test the effectiveness and reliability of the engine and energy recovery systems and will not chase laptimes.

"There are a lot of system checks, which means you go run by run," he explained. 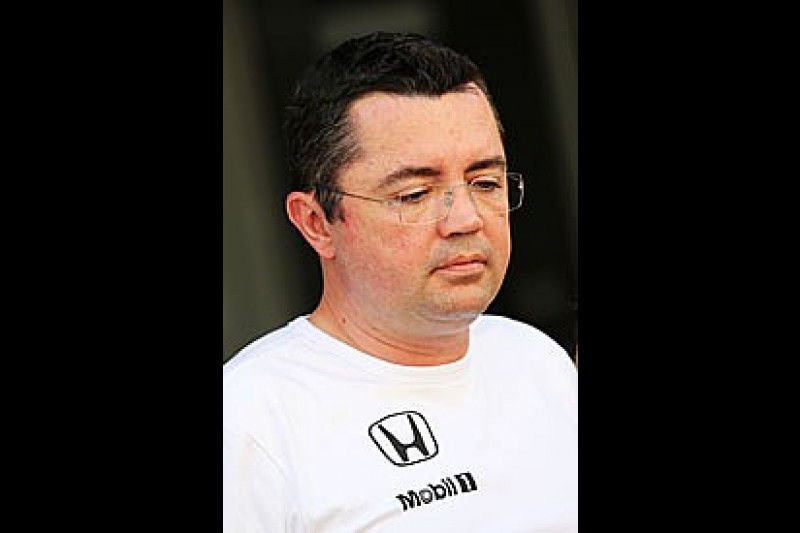 "Short runs first; it's not about chassis, tyres, anything else other than taking care about different parts of the engine.

"First reliability, recovery and checking every code on everything you can.

"It's going to take us about 10 runs to go through before we go into another phase, which is putting in longer runs to see if there is anything going wrong after three-lap runs.

"Gradually we will try to charge the engine more and push, not to the limit on these two days, but trying to put more onto the electrical package and the recovery.

"We will definitely not try to chase a laptime, just pushing the engine and the recovery system.

"There is obviously a very heavy IT infrastructure involved [too], and this is also one of the big system checks we are doing today and tomorrow, to make sure our connection from Milton Keynes [location of Honda's UK engine facility] to the track is working."

GP2 runner-up and McLaren reserve driver Stoffel Vandoorne is due to drive the car on both days of the test.

Williams driver Valtteri Bottas set the pace on the first morning, over a second clear of Nico Rosberg's Mercedes.

The McLaren-Honda eventually took to the track for an initial installation run just over 3.30pm local time.