Suspected electrical problems forced the Woking team to skip the morning session, while it "triple-checked" its systems, and the car suffered more woe - completing just three laps in total - when it finally ran in the afternoon.

Vandoorne coasted to a halt in the pits on his first lap and broke down on-track during his second, before venturing out for one more effort before the end of the day.

A "fuel/data exchange issue" caused the afternoon delays, according to a McLaren statement.

"It was the same issue on the second lap," said Vandoorne. "The final lap was better, but we still had some issues and the team is looking into it. 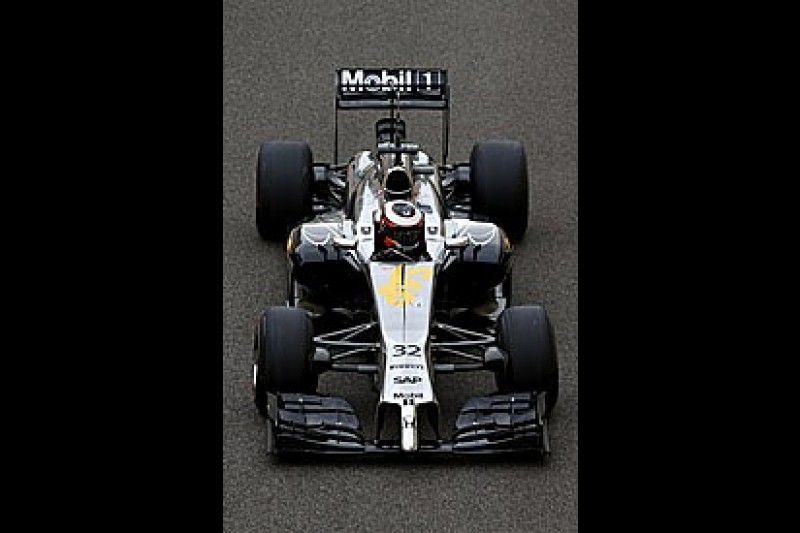 "They will hopefully come up with a solution for tomorrow.

"It's better doing this here in November than next year in Jerez.

"Any laps we get during these two days will be very valuable. We then have two months to solve the issues."

Vandoorne admitted the delays had put McLaren behind schedule, but remained hopeful of being able to run at full engine power before the end of the test on Wednesday.

"We obviously planned more than three laps today, but we had some issues overnight and got delayed this morning," he added.

"Tomorrow if we get anything more than [three laps] it will be good!

"The purpose of the test is to understand the collaboration between McLaren and Honda - it's the first time we're on the track working together so the whole operational stuff is quite a bit different.

"During those three laps I could already give some feedback, but obviously it was all about building up the power, so we haven't run the engine in full-power mode yet.

"We're expecting to do that over the two days, [but] it's very difficult to get a feeling of it at this stage, because we've only done install laps with a couple of issues."