Sainz claimed the top time when the official test finished at 7pm local time, but Kevin Magnussen set the quickest overall time for Haas, a 1m33.207s, in its extra hour of testing permitted after the US team missed Thursday morning due to freight delays.

Sainz took over the lead from Alpine's Esteban Ocon, who had been fastest in the morning session, with some 90 minutes to go in the session. The Spaniard first set a 1m33.943s on yellow-marked medium tyres, before lowering his benchmark to a 1m33.532 on softer C4 tyres from Pirelli.

Soon after, Aston Martin's Lance Stroll followed Sainz through to P2 with a 1m34.064s on the same soft compound.

In the final hour of the four-hour afternoon stint, 2021 title protagonists Lewis Hamilton and Max Verstappen also vaulted up the timesheets.

On the soft C4 tyres world champion Verstappen briefly took third for Red Bull with a 1m34.232s, only for Hamilton to dip a tenth below the Dutchman's time and take over third with a 1m34.141s on the C5s, Pirelli's softest available compound.

In the final 30 minutes of scheduled running, Verstappen ultimately jumped to second in between Sainz and Stroll with a 1m34.011s effort on C4 rubber. 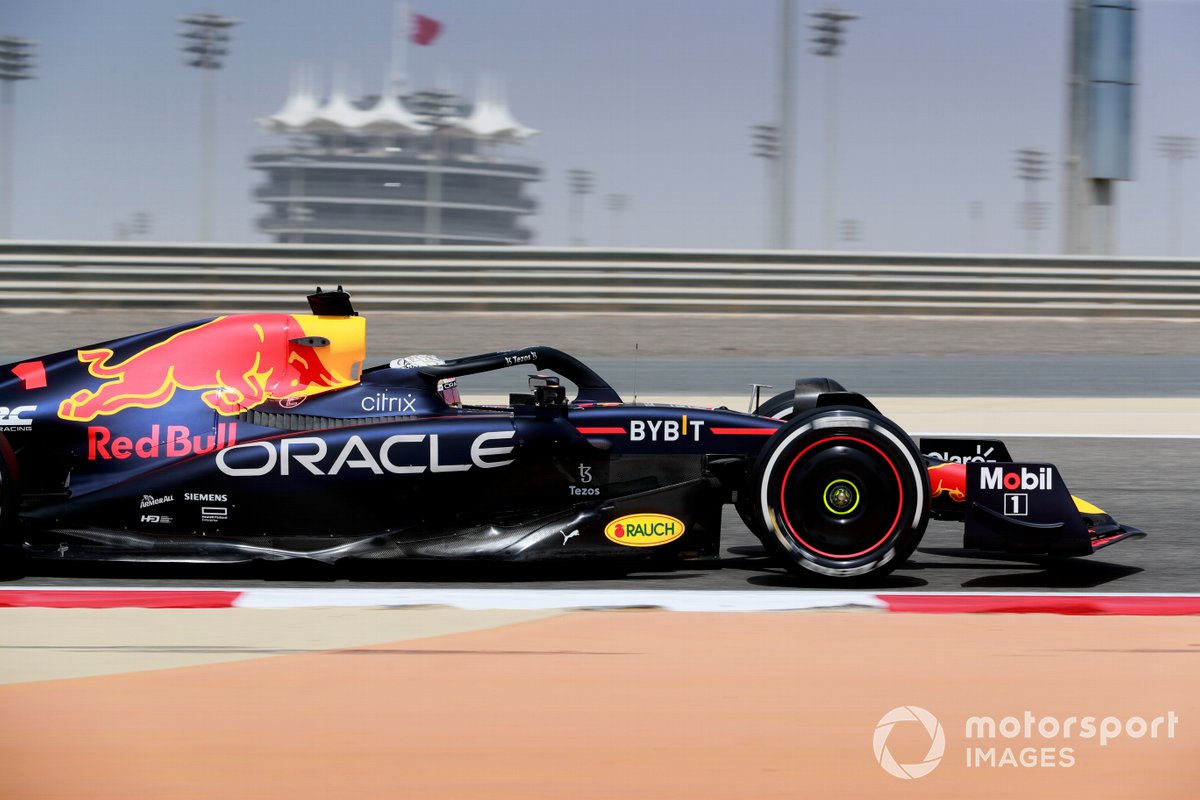 But Ocon's day wasn't quite perfect, as he had to park his Alpine in the run-off area of the final sector in the second half of the session, causing the first red flag of the afternoon.

Alpine explained Ocon stopped as a precautionary measure after it had spotted an anomaly on the data. It appeared to be a second pre-season setback for Alpine, which was forced to end a troubled Barcelona test early after a fire, but Ocon soon managed to get back out to complete well over 100 laps on the day.

Following a 20-minute delay the test got underway again but within 10 minutes the red flag was brought out a second time for the stricken McLaren of Lando Norris, who ground to a halt leaving the pitlane.

It, too, proved to be a minor issue as Norris was soon back out again, taking over a second out of his best time on the day to place seventh.

Norris continued to fly solo for the Woking outfit for a second consecutive day as teammate Daniel Ricciardo remained on the sidelines due to illness, the Australian hoping to get some running in on Saturday.

Sebastian Vettel was eighth for Aston Martin followed by F1 returnee Magnussen, who was pressed into action for the first time since his surprise call-up by Haas to replace Nikita Mazepin. 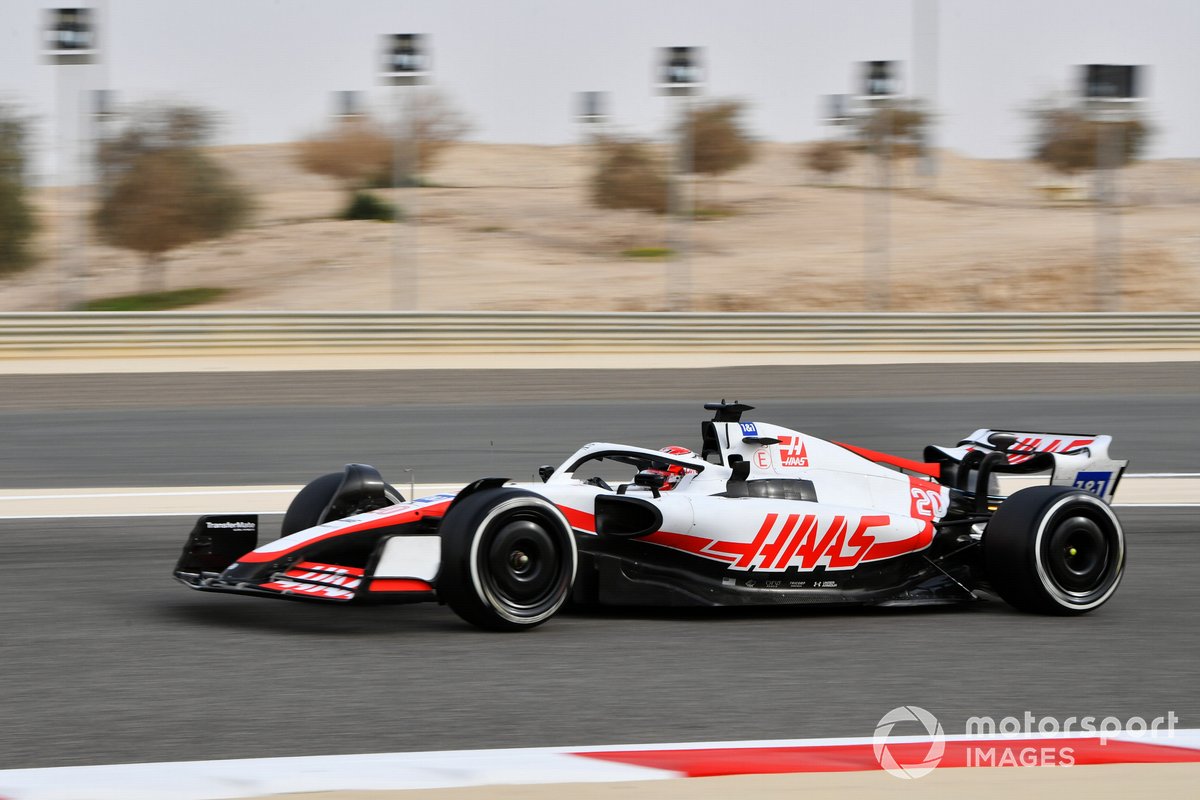 The Dane completed 39 laps as he finished the afternoon session three seconds off leader Sainz.

Magnussen explored the limits of both his new Haas and the Sakhir lay-out as he tried to come to grips with his new machinery, but as the sun set and the track conditions shifted many of his colleagues too struggled with grip and used the desert circuit's bountiful run-off areas.

Yuki Tsunoda, who like Verstappen and Ocon was in the car for the entire day at AlphaTauri, rounded out the top-10 and ended Friday on a whopping 120 laps.

Morning runners Valtteri Bottas (Alfa Romeo), Mick Schumacher (Haas) and George Russell (Mercedes) were bumped outside the top-10, while Nicholas Latifi had to sit out the session after a fire broke out on his Williams in the morning session. The team reported the fire had damaged the FW44's rear suspension, curtailing its running to just 12 laps.

Friday's afternoon session also provided a glimpse of what's to come in 2022, with Verstappen and Sainz involved in an entertaining half-lap scrap, seemingly able to follow each other more closely with the all-new ground effect based cars.

A third red flag, with 15 minutes to go, set up a practice standing start before the day's running ended at 7pm local time for the majority of teams.

Magnussen and Haas were permitted to continue for another hour after sitting out Thursday morning due to freight delays, getting two extra hours of running on Saturday as well.

Magnussen set the quickest time in Haas's extra hour of testing, with a 1m33.207s, going 0.325s quicker than Sainz.

On Saturday action resumes with the third and final test day from Bahrain, ahead of next week's 2022 season-opener at the same venue.

Pirelli: 18-inch F1 tyres have to be driven in “different way”