The new-look Albert Park layout will lead to Formula 1 qualifying lap times dropping by as much as five seconds, according to the Australian Grand Prix Corporation.

The Melbourne parklands circuit is currently undergoing a major overhaul with a number of geometric changes, expected to help promote overtaking, to be in place in time for this year's race in November.

The most visible change is the Turn 9/10 complex, with the heavy stop into a tight right-hander replaced by a fast-flowing run onto Lakeside Drive.

A number of other areas will also be widened or reprofiled to create more racing lines and cambers that are conducive with wheel-to-wheel racing.

The AGPC has now formally unveiled the full suite of changes and outlined its expectations of the new layout. 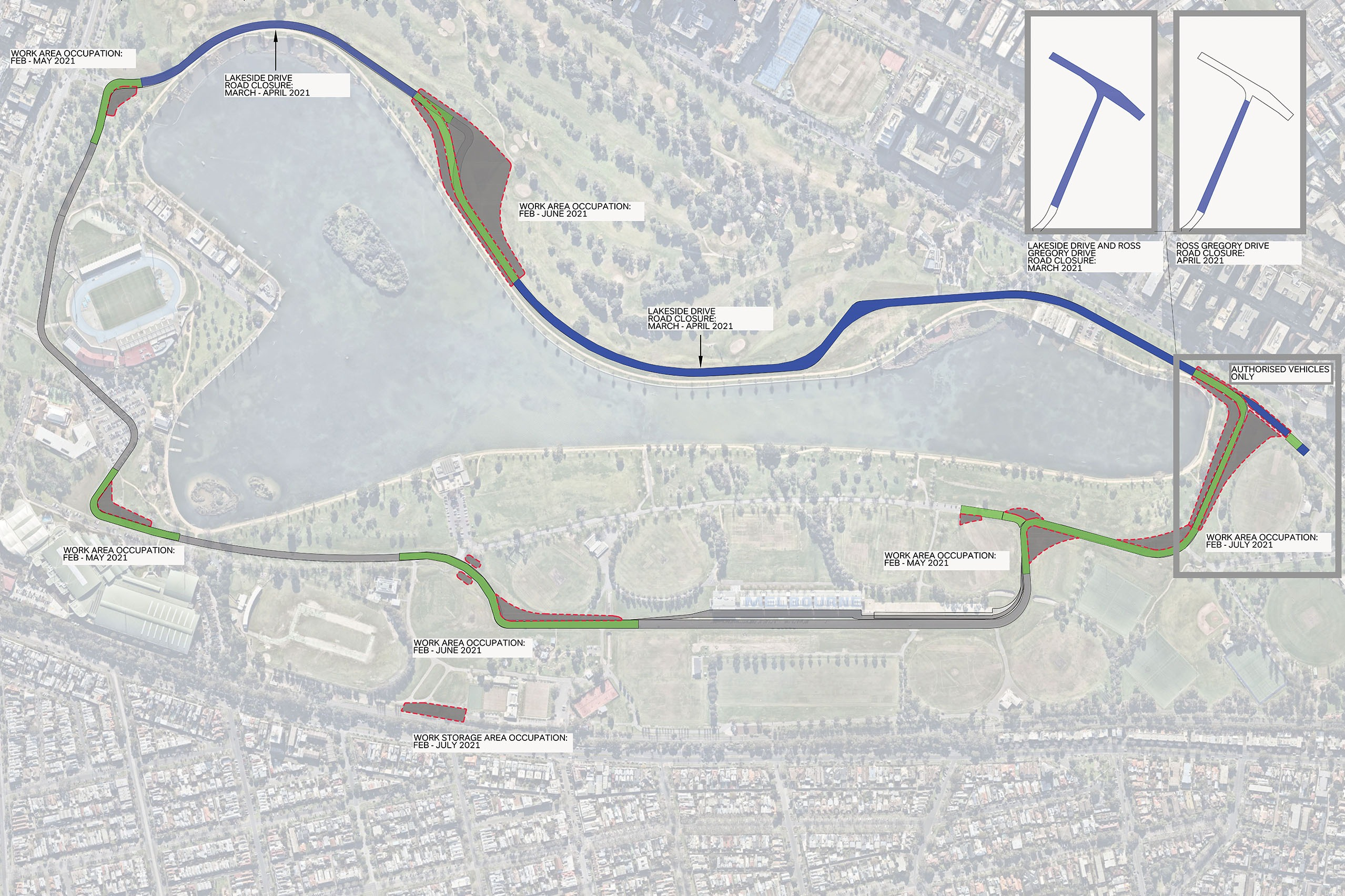 Turn 1 will be widened by 2.5 metres to the driver's right, with Turn 3 widened four metres in the same direction and given a camber adjustment.

Turn 6 will be widened by 7.5 metres to the driver's right to effectively become a right-hand sweeper rather than a stop corner. The minimum speed at the corner will skyrocket from 149km/h to 219km/h and form part of the fast, flowing run that will continue right through to Turn 13.

The changes at Turns 9/10 will likely lead to a fourth DRS zone being added to Lakeside Drive, while Turn 13 will become slower and tighter thanks to a slight extension of the entry and sharper angle at the apex. The camber will also be adjusted and the corner widened by three metres.

Turn 15 will also be widened to the driver's right and have its camber readjusted.

There will be some changes to the corner numbering system too, with 14 corners in total. That means what is currently known as Turns 11/12 will become Turns 9/10 and so on.

According to AGPC data, the changes will lead to qualifying lap times plummeting by around five seconds, down to a predicted time of 1m15.8s.

That means the average qualifying speed will be up 15km/h (to 251km/h) and there will be a new top speed of 330km/h heading into what is currently Turn 11. That point of the circuit will provide the greatest load through the cars as well at 5.4G.

The pitlane has already been widened by two metres, with plans to up the speed limit to 80km/h, while a full resurfacing will take place between the 2021 and 2022 races. 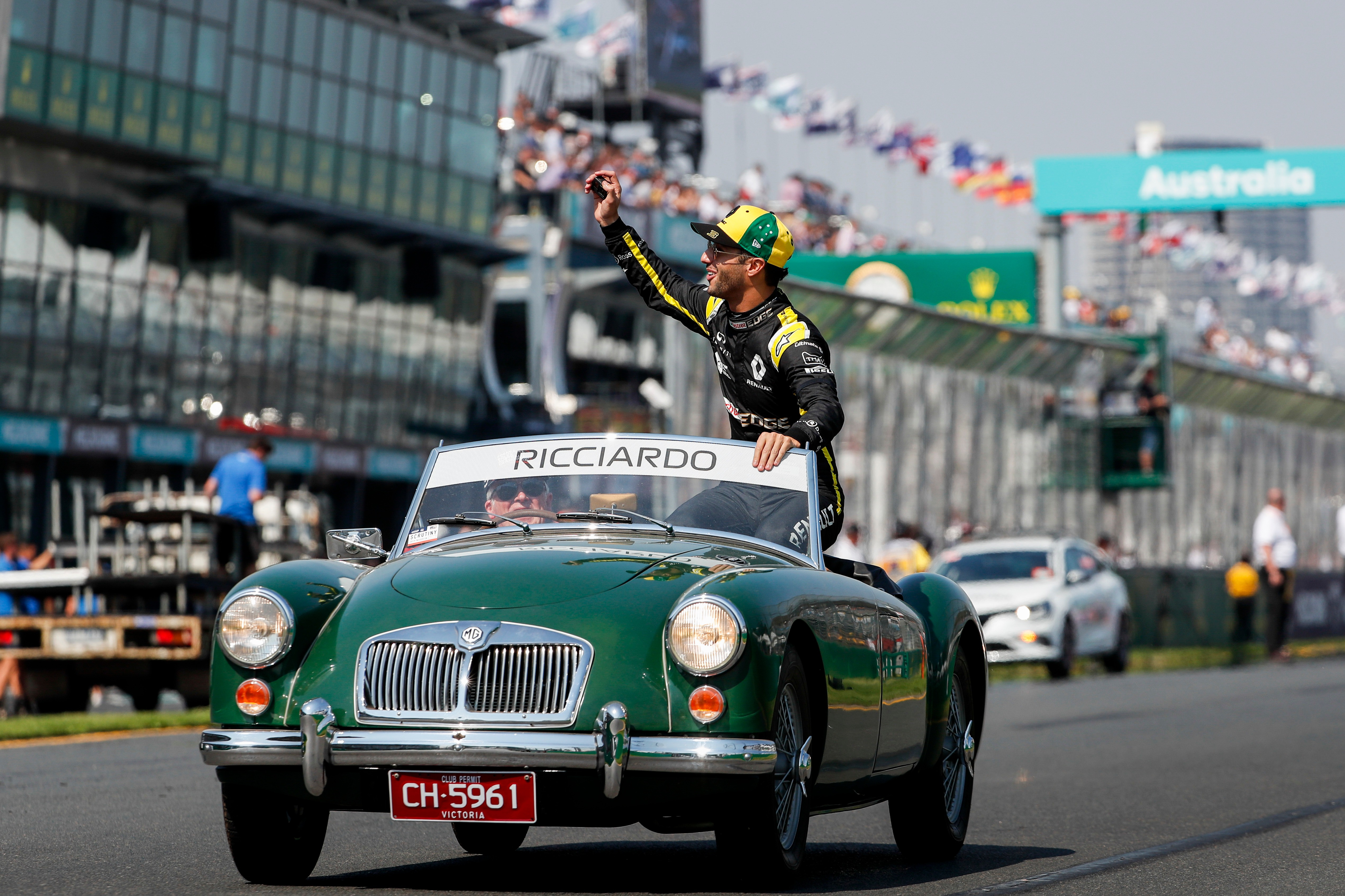 Daniel Ricciardo, one of the current F1 drivers consulted on the layout change, is confident the circuit will provide better racing in the future.

"Widening some of the apexes, creating more of a straight in some places to allow for an opportunity for more slipstreaming... that was the priority and I'm very confident that it's going to be good," said Ricciardo.

"Every street circuit is a challenge, but Albert Park is pretty fast, which only adds to that. There's a lot of fourth and fifth-gear corners and it's pretty narrow at certain parts. It's been somewhere that's been hard to overtake because of that width and because it's so fast.

"By changing some of the apexes and creating more room, allowing more chance to make a diving overtake or even change your line to get out the dirty air, I think it will really help.

"With these [2021] cars the changes should help a lot. From 2022, if next year promises everything it does with being able to follow the car in front, then coming to a circuit like Albert Park with these changes should make a pretty amazing spectacle. On paper there's promise of that."