Autosport's special seven-part series attempting to establish a fantasy 'Greatest Formula 1 team' from legendary figures in the championship's history comes to a conclusion today with the reveal of its final lead appointment.

Having taken input from a panel made up of 18 of the Motorsport Network's F1 experts from across the globe, votes were cast for the individuals who stood out as the absolute best in their respective fields.

After picking our top race engineer, chief designer, sporting director, technical director, and number one and number two drivers, the final appointment is that of team principal.

The role is a key one for any team, as the boss is the figure who must pull everyone together, manage and exploit all the key talents to help deliver success on track.

If the appointment is the wrong one, then it risks not getting the most out of the brilliant other staff members. But get it right, and the rewards can be great.

In this episode, host Jessica McFadyen is joined by James Allen, Jonathan Noble, Ben Anderson and Roberto Chinchero to discuss and reveal the team principal who would lead the 'Greatest F1 Team'. 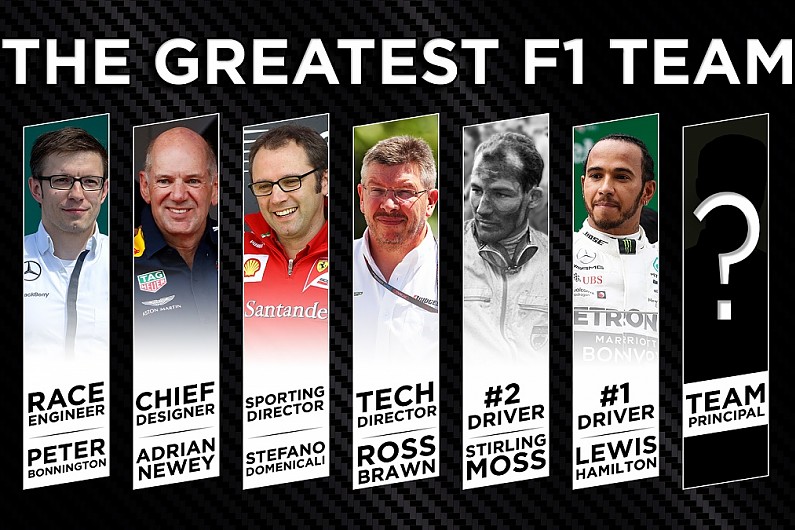