Autosport has launched a special seven-part series attempting to establish the greatest Formula 1 team from legendary figures in the championship's history.

After picking our top race engineer, chief designer, sporting director and technical director, this episode is all about finding the greatest 'number two' driver to race one of our special team's cars.

The role of race driver is the most high-profile job in F1, but it takes on an even great significance to the two racers charged with taking a squad's best design effort back at the factory to success on the track. 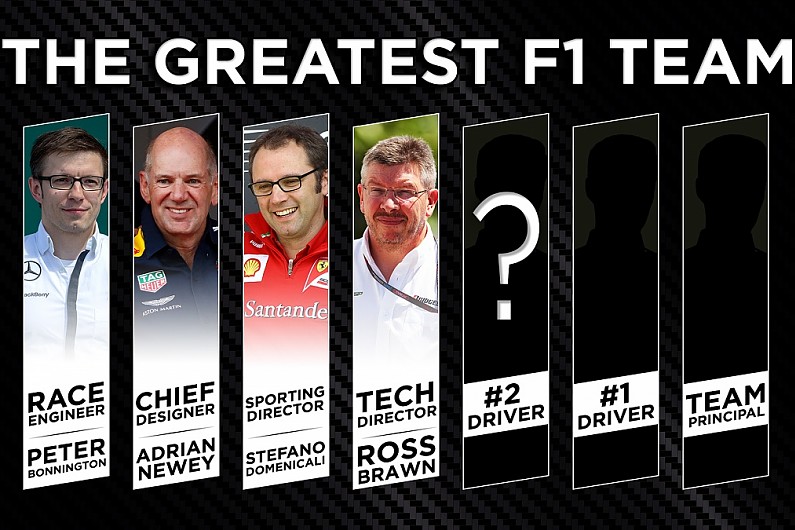 There have been several contrasting approaches to managing driver line-ups throughout F1's history, with the theory often split over the whether the benefits of having two dominant personalities or established stars risks creating a toxic atmosphere if things do not work out.

Therefore, in this episode, host Jessica McFadyen is joined by James Allen, Jonathan Noble, Roberto Chinchero and Alex Kalinauckas to find the best driver in F1's history that will balance searing speed with support for a healthy team dynamic.

In the final two episodes in this special series, we will establish the all-important posts: 'number one' driver and team principal.