Autosport has launched a special seven-part series attempting to answer the question of what the line-up of the greatest Formula 1 team look like.

Now that the team has a race engineer and a chief designer in place, the search is now on to find F1's greatest sporting director.

Despite not having a direct input on the design of the car, the sporting director is one of the most important figures within a team to ensure it works as efficiently and harmoniously as possible.

Often bridging the gap between the team principal and the wider workforce, the sporting director is in charge to unlocking as much human performance as possible.

Be it through establishing closer relations between team-mates or redefining fitness standards for pit crew and mechanics, the extra gains a sporting director can help foster often turn into added on-track performance. 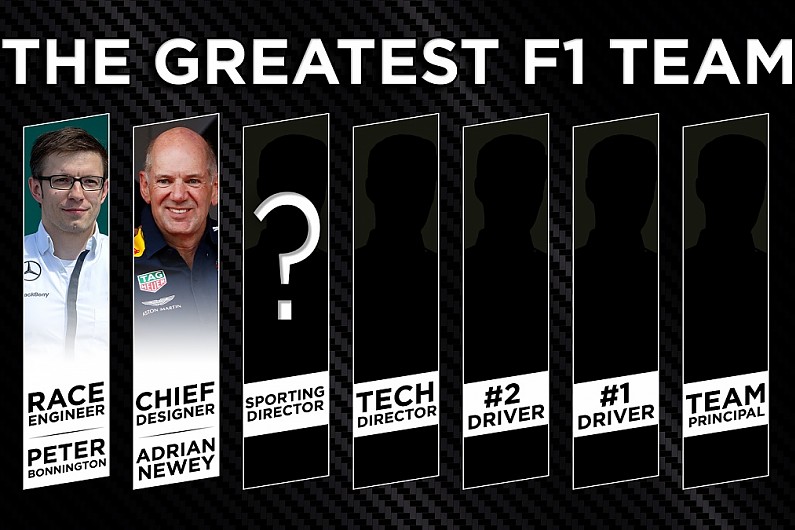 After canvassing opinion from our 18 F1 experts worldwide, many names kept coming up including McLaren legend Jo Ramirez and Ferrari guru Stefano Domenicali, as well as more recent sporting directors such as Ron Meadows of Mercedes and Red Bull's Jonathan Wheatley.

But only one could be named fill the role for the greatest team in F1 history.

It is the third role to be finalised, with Jess and the team set to name a technical director, two drivers and a team principal in the coming days.