Autosport has launched a special seven-part series attempting to answer the question of what the line-up of the greatest Formula 1 team would look like.

A panel made up of 18 of the Motorsport Network's F1 experts from across the globe all voted for the individuals they believed were the absolute best in their respective fields, and this series looks at which names came out on top in each category.

With a race engineer locked in, our second instalment reveals the results of who has been voted as the best chief designer in F1's history and will be tasked with penning our world-beating car.

The title of chief designer is an illustrious one, and the role requires the perfect blend of technical knowledge and creativity to solve the annual problem of how to design F1's fastest car. 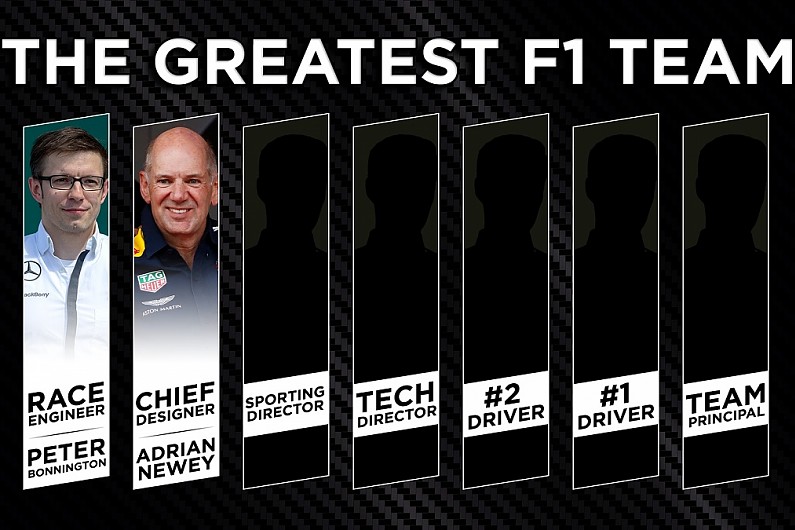 Although many creative geniuses have come and gone, our experts worldwide have managed to get the wishlist down to three: Rory Byrne, Gordon Murray and Adrian Newey.

All three designers have won F1 world championships with multiple teams, but only one can lead the design for F1's greatest-ever team.

Later in the series, Jess and the team will unveil our team principal, technical director, sporting director and, of course, the two drivers to complete the ultimate F1 team.