Autosport has launched a special seven-part series attempting to answer the question of what would the line-up of the greatest Formula 1 team look like?

For the opening episode the focus is on filling the vacancy of race engineer and on the show host Jessica McFadyen is joined by James Allen, Jonathan Noble, Stuart Codling and James Newbold.

From setting up the car for optimum performance for its drivers to ensuring the car is safe and legal within the F1 rules, there is an argument a race engineer is often the unsung hero within the team.

The bond between the race engineer and the driver is also vital as they provide the key information to their drivers during the frantic action of a race.

Plenty of candidates stand out for the role, but a shortlist has been whittled down to three major contenders: Peter Bonnington, Giorgio Ascanelli and Chris Dyer.

Later in the series Jess and the team will pick out the team principal, chief designer, technical director, sporting director and, of course, the two drivers to complete the ultimate F1 team. 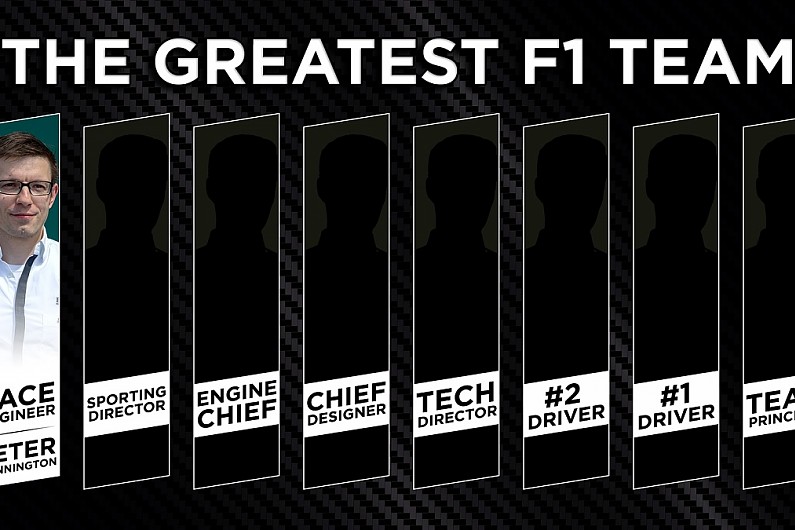 This podcast is now available to watch on YouTube, and can be listened to and downloaded on Apple Podcasts, Google Podcasts, Spotify, and all podcast apps.